Was talking with my 6 yr-old and why each superhero had got their powers. His answer "Doesn't matter; they just have." The perfect origin.

Was Assassins Creed ripped off from Steve Grant and Dark Horse Comics' X series in the nineties? That's the allegation.

In X #6, Steven Grant finally brings it all back together and is the first to recombine elements of  modern sci-fi, the legends of Hassan, character traits of The Master of the Assassins and Alamut, and Burroughs's translation of the famous motto: "Nothing is True, Everything is Permitted". Grant's mashup of sinister technology and ancient Hashashin later became a massive success when Assassin's Creed took this concept and ran with it in 2007;  the phrase "Nothing is True, Everything is Permitted" famously became the "Creed" referenced in the title of the franchise, and some of Grant's new sci-fi plot devices became pillars of the series. The Assassin's Creed franchise features "Apples of Eden" or "Pieces of Eden"; devices of great power left over from a previous civilization.  The idea of the Apple is fundamental to the story of the Garden of Eden, this symbolism also featured in the work of Grant and team in X: 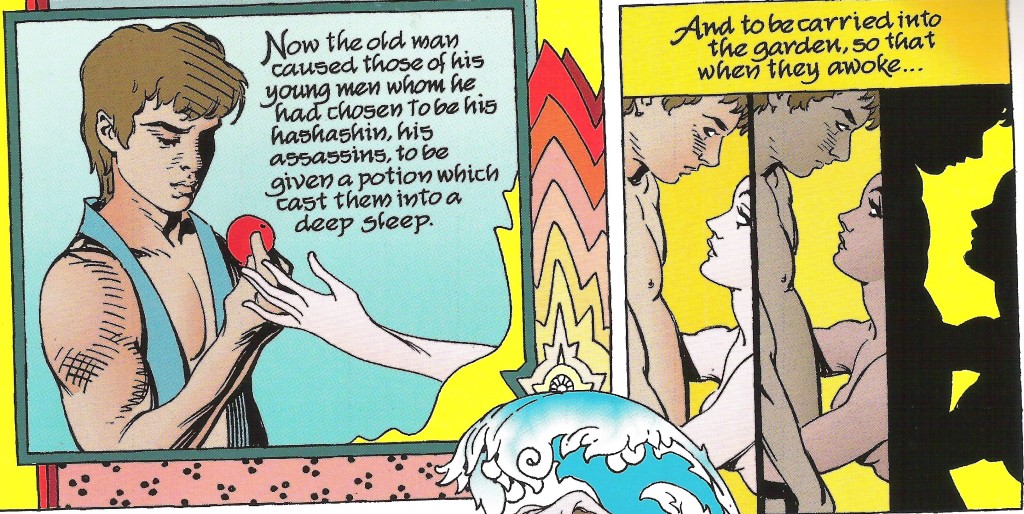 BLAME THE LAST LOT The anti-immigration Australian government comic that has received such criticism has a new twist. The government are blaming it on… the last government.

A spokesperson for the Minister for Immigration and Border Protection Scott Morrison told Mumbrella the storyboard was developed and distributed offshore under the previous government. "It has been part of offshore anti-people smuggling communications campaigns. It has also been distributed in the period since the Federal election," the spokesperson said.

This is what Turok looks like when the sausage is being made.

Tribal Force, released in 1996, was critically well received – even making it into "Comic Art Indigène," a pop-culture exhibition at the Smithsonian's National Museum of the American Indian. Several large comic-book publishers sought to buy the rights, but Proudstar wanted to retain control of the storyline and the characters' unhappy, all-too-real backstories. Unfortunately, he lacked funding, so the project went dark for more than a decade.

The new Tribal Force, from the small independent publisher Rising Sun Comics, continues the saga. An online preview is already available, with the print version expected in April.

Not everyone reacts to art in the way the artist intended.

Take it off!! "@EthanVanSciver: Buckle up, Bruce. Gotham is calling you. #Batman @VanSciverBuzz @DCComics pic.twitter.com/WTzLxxyANC"

Thanks to Macie A Lavoie for the assist.