Home » Comics » Want a Piece Of Wolverine? Otis Investments Allows You to Partially Buy a Copy of Incredible Hulk #181

And next week that means offering shares in a 9.8 CGC graded edition of The Incredible Hulk #181, the first full appearance of Wolverine.

Backed by Union Square Ventures, Otis allows anyone to invest in cultural assets such as art, sneakers and collectibles for as little as $25. They call these opportunities 'drops;' and their first 'drop' was a painting by Kehinde Wiley,  who painted the Obama presidential portrait that is now in the DC Smithsonian. It closed out within 2 weeks with 600+ investors. Their second drop was earlier this week – a pair of 2016 Nike Air MAGs – which closed out in 24 hours with over 200 investors.

Next week, they'll be dropping a painting by Takashi Murakami and Virgil Abloh and that copy of Incredible Hulk #181 on their app. They have also acquired two more comics that we'll bring to market in early 2020.

So… who wants a piece of Wolverine? 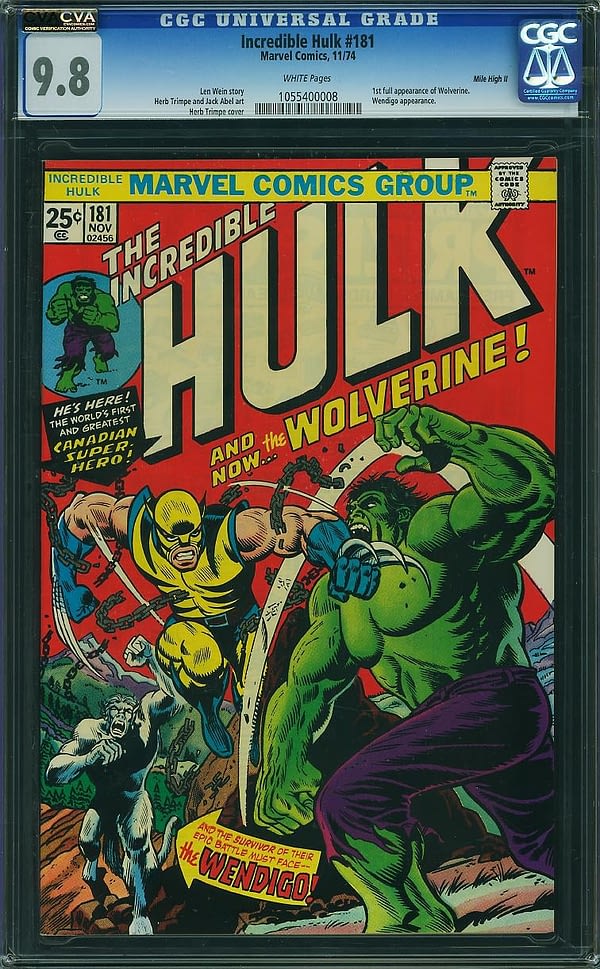