Eternals is going to be a divisive movie because it doesn't really work at the end of the day. There is too much exposition, the pacing and structure are a mess, and the story of love in all its forms gets lost.

Director: Chloé Zhao
Summary: The saga of the Eternals, a race of immortal beings who lived on Earth and shaped its history and civilizations.

There is a problem when you are trying something ultimately new after 20+ movies of doing the same thing, there are going to be bumps in the road, and there is going to be backlash from people not getting what they expected to get. Despite what you might think about Eternals, whether you like or don't or think it doesn't work on any level, Marvel did not play it safe with this one. They could have, and they didn't, and for that, some credit must be given. Everything about Eternals feels so different from the previous Marvel movies. It moves between different timelines, has a large cast of characters with insane-looking powers, and confronts the very idea of what it means to be alive. It's a balance that would be hard for anyone to do, and the fact that it doesn't work really isn't that surprising at the end of the day.

This is a story that is fundamentally about love in all of its forms. Whether it is romantic love like Sersi (Gemma Chan) and Ikaris (Richard Madden), familial love as Ajak (Salma Hayek) looks after and loves every member of her team, parental love that Phastos (Bryan Tyree Henry) has for his son, fraternal love that all of the Eternals feel for each other, and finally the love that they all develop for the planet and the people they are trying to save. Love is the thing that dictates nearly every action of the main cast and why they decide to make the decisions that they do. When people say that a movie is about love, they usually think of romantic love, and there is plenty of that in this movie, but the fact that it goes out of its way to prove that every form of love is just as important as the other is truly lovely to see.

The movie is also beautifully shot. Director Chloé Zhao truly captures beautiful time periods and makes them all feel as real and as lived in as the scenes that take place in the present day. This might be one of the best-looking Marvel movies so far. The various powers that the Eternals have are imagined through golden geometric shapes. Despite the fact that all of their powers do different things, these shapes feel both consistent and entirely different depending on the character. The best other comic book adaptation that the powers look like would be the Green Lantern rings, only more specialized. Every scene in this power could be framed on a wall which is something we haven't seen since Spider-Man: Into the Spider-Verse. Those visuals combined with the absolutely fantastic score by Ramin Djawadi make for some great visuals, if nothing else.

However, all of that good gets utterly lost in the story and exposition. Much like Dune earlier this month, Eternals spends a lot of time explaining itself and everything that is going on around it. We need to learn about these characters, what they are doing, who is telling them what to do, what the Deviants are, and there is so much going on that it can be hard to take it all in. We have to know what is going on to understand the stakes of the Emergence and what it actually means. To get there is a long journey, and because the movie isn't a straight line, it can be hard to get there.

The decision to bounce back and forth from the present day to the various different times throughout history as we watch the Eternals learn to love humans, protect them from the Deviants, and eventually fall apart as a family unit. However, it means that the pacing and the structure of the movie are kind of a mess and make the already very long runtime feel even longer. By the time the final act comes around, you're overwhelmed with too much new information and a confounding narrative throughline. This is the moment where everything should be coming to a head, but by then, you're just too tired to really get into it. It's almost impressive how spectacularly it all falls apart.

Eternals is going to be a movie that many people aren't going to like, and that is wholly justified. The bad does outweigh the good. Perhaps this is one of those movies where you need to just let it wash over you and worry about getting explanations for what is going on later, a movie that needs to be enjoyed by vibes alone. For what it's worth, this critic is looking forward to seeing it again, and it's going to be fascinating to see how the general public reacts to this movie. Marvel took a chance with Eternals, and ultimately the general public will be the ones to truly determine the future of this franchise. Or if there is one at all. 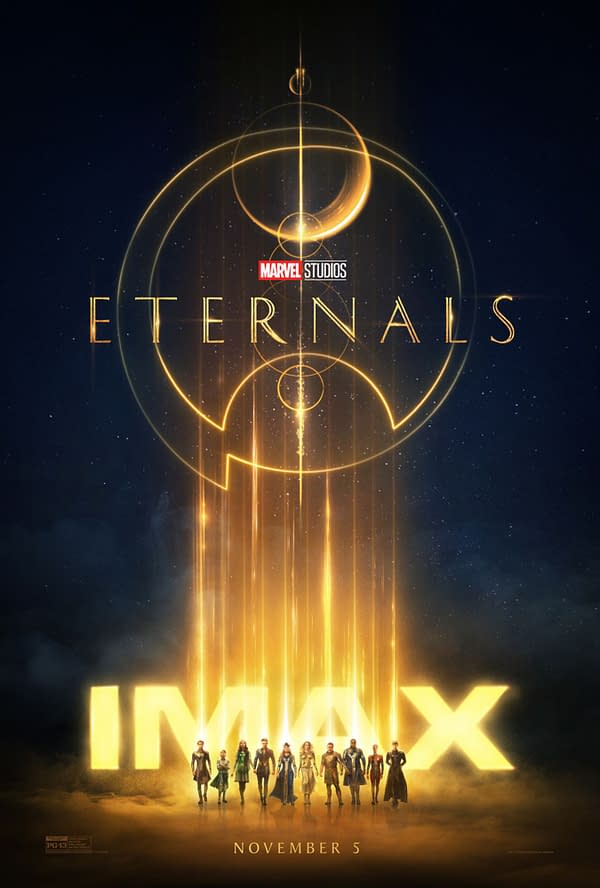 Review by Kaitlyn Booth
7/10
Eternals is going to be a divisive movie because it doesn't really work at the end of the day. There is too much exposition, the pacing and structure are a mess, and the story of love in all its forms gets lost.

American Underdog is coming to digital services on February 4th, and Blu-ray and 4K on February 22nd from Lionsgate.

Giveaway: Win A Copy Of The Addams Family 2 On Blu-Ray

Would you like to win a Blu-Ray copy of the film The Addams Family 2 on Blu-ray? All you need is a Twitter account to take part in it.

Jason Blum recently offered an update on a potential Happy Death Day 3 after radio silence on the state of the franchise for several months.

Scream Easter Egg Reveals the Fate of This Scream 4 Character

After a highly debated choice to leave one character's fate ambiguous in Scream 4, the new Scream Movie finally provides an answer (Spoilers)