The Green Knight finally lets Arthurian legend get weird, and with it comes a masterfully atmospheric journey that won't be for everyone. But for those that can get on its level, it'll become a new favorite.

Director: David Lowery
Summary: An epic fantasy adventure based on the timeless Arthurian legend, The Green Knight tells the story of Sir Gawain, King Arthur's reckless and headstrong nephew, who embarks on a daring quest to confront the eponymous Green Knight, a gigantic emerald-skinned stranger, and tester of men. Gawain contends with ghosts, giants, thieves, and schemers in what becomes a deeper journey to define his character and prove his worth in the eyes of his family and kingdom by facing the ultimate challenger. From visionary filmmaker David Lowery comes a fresh and bold spin on a classic tale from the knights of the round table.

A24 is pretty much their own genre at this point. Aside from Neon, no one is putting out more original movies than A24, and we all knew that their take on Arthurian legend with The Green Knight was not going to be the movie people expected. This is a slow-burn journey through a beautifully crafted world. This isn't a movie that shows perfect knights getting the job done and getting the girl at the end. Sir Gawain, played beautifully by Dev Patel, might start off his journey looking like a noble knight, but he is dirty and broken down by the end. This is absolutely a movie about the journey and not the destination, and that's the way it's supposed to be.

Director David Lowery has created a beautiful world to spend all of this time in, and when you leave The Green Knight, you'll find that you didn't want it to end. The world might be fantasy, and there might be specters and creatures and giants and talking foxes running around, but it feels so incredibly real. It feels lived-in but also incredibly dangerous. Even when Gawain is in a place where he should be safe, where he should be able to relax, there is an underlying sense of danger with every single person or creature that he meets on his journey. The heavy fog prevents him from being able to see far in front of him, and we can't see what is lurking out there either. Something is following him, something is watching him on his journey, but whether that something is us or something in the story never truly materializes. This is a man potentially walking to his death, a slow walk to suicide, and the debate of whether or not his sense of honor will make him take that final step.

Fans of soundtracks will find a lot to love in Daniel Hart's score, which is just fabulous from the moment go. While this is Patel's show, we do have some supporting players putting in some great performances. Erin Kellyman has an extremely memorable role, while Alicia Vikander is here doing double duty in two very different roles. However, once Gawain leaves on his journey, there is that feeling that no one near him is safe to be around. Vikander is not exactly a physically imposing force and neither is Kellyman, but both of them manage to be more terrifying than almost anything else we see on screen. Barry Keoghan is here to remind everyone that he keeps getting typecast as villains and creeps for a reason. Even our King, played by Sean Harris, doesn't come across as someone who can actually be trusted. It's Gawain struggling against an entire world and cast of characters that are walking the line of the uncanny valley; something about them is just a little off, and you can't quite put your finger on it.

A24 movies are not for everyone. Unless you're on The Green Knight's level and grooving with what it is putting in front of you, it would be obvious to see why a lot of people wouldn't like it. It's a journey where small things happen, not big things. This is a walk toward the possible end in the name of honor, which means it might feel slow. The fox that follows Gawain for much of the journey is the most obvious piece of the modest budget. Sometimes, it looks a little off, but it's not a dealbreaker by any means. In fact, aside from the movie just not having mainstream appeal, there is very little to critique. The nitpicks don't matter when the overall picture is just this good.

The Green Knight is a masterpiece of atmosphere that is beautifully shot and carried by an awards-worthy performance by Patel. While it might not be for everyone, if you're a fan of Arthurian legend and would like to see someone finally let it get as weird as it's always been, The Green Knight is here for you. Absolutely one of the best movies of the entire year; this is one we're going to be hearing about when the awards season rolls around. 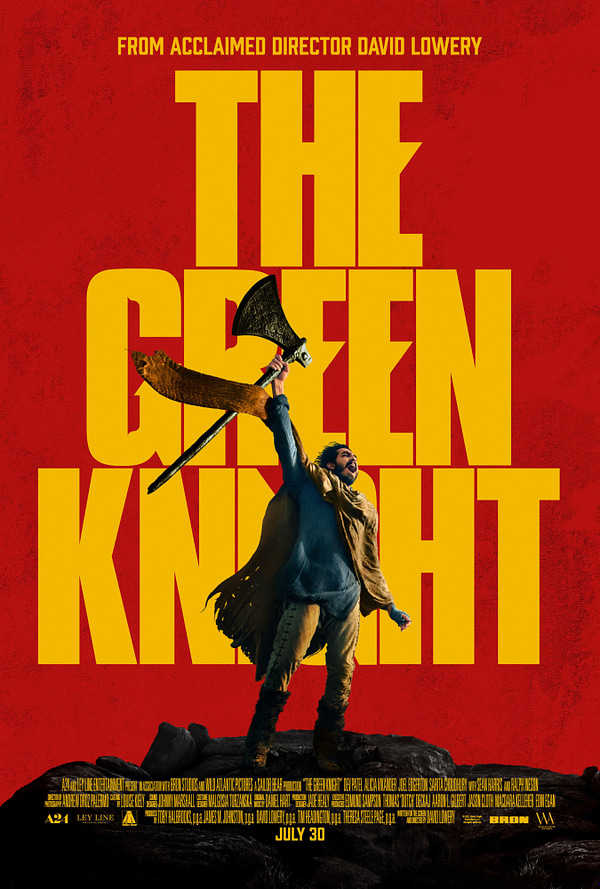 Review by Kaitlyn Booth
10/10
The Green Knight finally lets Arthurian legend get weird, and with it comes a masterfully atmospheric journey that won't be for everyone, but for those that can get on its level, it'll become a new favorite.

Marvel and Disney have shared fourteen high-quality images and two behind-the-scenes images from the upcoming Eternals. It will be released on November 5th.

Shang-Chi Heads to Streaming for Disney+ Day on November 12th

The Disney+ Day is shaping up to possibly be the digital event that Disney is hosting, much like DC FanDome. The convention season is very much still

Shudder has released the trailer for sleek vampire thriller Dead & Beautiful. It hits the horror streamer on November 4th.

Everything Coming To HBO Max In October: Dune, Newark, More

Here is everything coming to HBO Max in October, including Dune and The Many Saints Of Newark same day they open in theaters.