Combine our professional obsession with uber-creative genius Ryan Murphy (Glee, Pose, 9-1-1, Feud, and a billion more) with our love for 80's horror/slasher film, and it's easy to understand why we're excited for FX's AHS: 1984. In fact, executive producer Tim Minear only confirmed our excitement when he said this about the upcoming season of Murphy and Brad Falchuk's horror anthology series American Horror Story:

Now that we know the theme, the second part of the speculation game begins: who from Murphy's acting entourage will be returning for the next go-around (with the next wave of speculation involving how it fits with the previous seasons coming later). Previously, we reported that American Horror Story: Apocalypse resident "Supreme" Billie Lourd seemingly confirmed her involvement in the series' next round; then Cody Fern (American Horror Story: Apocalypse's Michael Langdon) said he would be interested in being involved with AHS: 1984.

Now we have an update on series mainstay Sarah Paulson, who took time away from the gazillion projects she's currently working on (we're still very psyched for her turn in Murphy's Ratched for Netflix) to talk directing with The Hollywood Reporter. Paulson directed the sixth episode of American Horror Story: Apocalypse, "Return to Murder House" – the season's in-your-face direct connection to the show's first season.

Look, Paulson and Murphy are working together anyway. Just sayin… maybe this season? 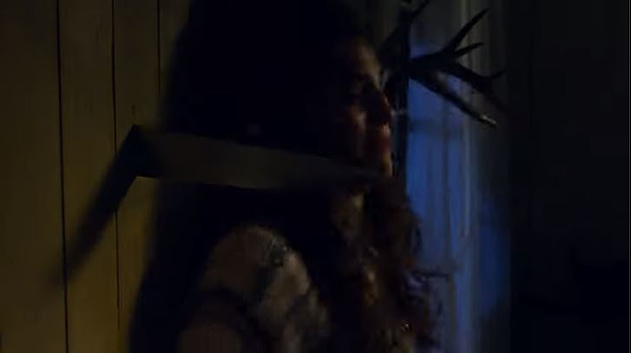 The Flash: The CW Deprived Legends of Tomorrow Fans of Another Finale

The Flash Showrunner Eric Wallace planned a wrap-up for Legends of Tomorrow in Season 9, but the reduced episode count kept it from happening.

Legendary sitcom Fawlty Towers is getting a sequel written/starring John Cleese as Basil Fawlty, who tries running a hotel with his daughter.