Double Shot at Love Season 3 Episode 3 continued the quest of seventeen single women to win the love of Jersey Shore star Vinny Guadaganino in a reality TV competition. With two contestants down, the remaining fifteen women would be forced to compete for Vinny's affections while fighting for their own survival on a camping trip in the wilderness of the Nevada desert. Just kidding, comrades! Haw haw haw haw! It is I, your El Presidente, here to recap and review the latest episode of Double Shot at Love Season 3, titled "Who's Vinny Gonna Kiss Next."

Though he admitted that guidos do not typically go camping, desperate times call for desperate measures, so as the fifteen remaining contestants reeled from last week's double elimination, Pauly booked a camping trip for everybody. The trip was to the area next to the pool, where Pauly had one luxurious glamping tent set up for himself and some basic tents set up for everyone else. The gang all then gathered around the campfire where Nikki invited the contestants to play a game called "Chubby Bunny."

And no, the game was not nearly as filthy as you're thinking. The goal was to continue to stuff more and more marshmallows in one's face before saying the phrase "chubby bunny." Most of the girls ended up vomiting since sugar hasn't touched their lips in over a decade, but Honey won the game, earning a cuddle with Vinny.

As Honey and Vinny lay down and stared into the stars, Vinny was surprised to learn that Honey had never heard of "The Big Bang Theory." Not the sitcom, comrades, the actual theory about the origin of the universe. Unfortunately, this effective called Vinny's bluff, forcing him to explain the theory, which he was barely able to do. Vinny then led into a complete exaggeration of the effects of space travel on aging. Though neither Vinny nor Honey displayed a mastery of astronomy, Vinny came away from the exchange believing that Honey is no match for his superior intellect. But while Honey may have earned the cuddle, it was Long Island's Erika D who managed to score a kiss from Vinny after opening up to him about how her parents divorced later in life when they both figured out they were gay. It just goes to show you, comrades: you're never too old to stage a coup attempt and overthrow your love life! Haw haw haw haw!

After a horrific attempt at freestyle rapping by Vinny, Pauly D called off the camping trip and everyone went back inside the hotel. As Vinny and Pauly tried to get haircuts, Abi, who had spent the entire episode trying and failing to score some decent alone time with Vinny, pulled the Keto Guido aside and informed him she was leaving the show. I respect that move, comrades. Sometimes, you have to get while the getting is good or risk overstaying your welcome. It's as true in romance as it is in international despotism. The last thing you want is for the military to sense weakness, assassinate you, and seize power for yourself. It is much better to gracefully retire and pass your power on to a lackey and let them deal with the fallout.

Even with Abi gone, Vinny still invited Kayla, Badisa, and Honey to an elimination dinner. Honey was insulted after she felt she and Vinny bonded over astrophysics earlier in the night, but Vinny allowed her to stay another week. Badisa was the one to get the boot after completely melting down during the dinner, going on a fifteen-minute tirade about her coffee drinking habits to compensate for failing to score alone time with Vinny for her run on the show so far.

After Vinny eliminated Badisa, that left Kayla, but it turns out the only reason Vinny invited her was to get some alone time with her for himself, which seemed to be his ultimate goal all along. The two shared a brief kiss before the episode ended. Comrades, in any reality show, as in pro wrestling, you have to suspend your disbelief to ignore the obviously scripted and forced moments of the show. But the entire concept of Double Shot at Love requires suspension of disbelief because you have to believe that seventeen attractive young women are willing to compete for the love of… Vinny from Jersey Shore. Pauly D? Fine. I get it, comrades. But Vinny? 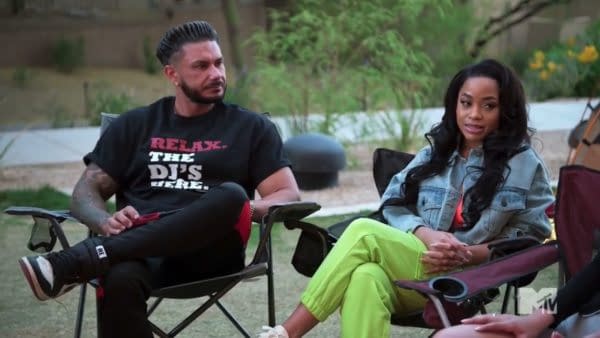 Review by El Presidente
6/10
Comrades, in any reality show, as in pro wrestling, you have to suspend your disbelief to ignore the obviously scripted and forced moments of the show. But the entire concept of Double Shot at Love requires suspension of disbelief because you have to believe that seventeen attractive young women are willing to compete for the love of... Vinny from Jersey Shore. Pauly D? Fine. I get it, comrades. But Vinny?

Is Sasha Banks Headed to AEW? Will She Be Saraya's Mystery Partner?

It's looking more likely than ever that Sasha Banks is done with WWE and could be headed to AEW, according to the latest dirt sheet rumors.

Ronda Rousey successfully defended her Smackdown Championship against Shotzi at Survivor Series, despite some spirited ringside antics from Shotzi.

AJ Styles defeated Finn Balor in the second match at Survivor Series as the Good Brothers and Judgment Day battled in the crowd.