Obi-Wan Kenobi is both the show you can't believe it took them this long to make, but also something that feels like it needed now to be made. If everyone loved one thing about the prequels, it was Ewan McGregor as Obi-Wan. Even the people who hated the prequels usually liked his performance. However, everything else around him in live-action spent a long time getting torn down by fans and made fun of by people who didn't like the direction that George Lucas ended up taking those movies. How well the prequels work isn't even the point anymore since the discussion stopped being civil around 2.5 seconds after the credits for Episode I rolled. Things have turned around in the last couple of years, and now the show is here to let not only McGregor but Hayden Christensen finally get their due and a moment to shine again. As for the first two episodes, it's pretty good at delivering what people are expecting from a show like this, with a few surprises thrown in for kicks.

However, and this is something that needs to be kept in mind, there are aspects of the Star Wars that different people have varying levels of interest in. Some people like learning about the Empire or the Alliance or the Jedi, and if this timeline or this story doesn't seem like something that is going to grab your interest, then there isn't much in the first two episodes of Obi-Wan Kenobi that is going to convert someone to enjoying this time period or this story. McGregor continues to be fantastic in this role, even if he is playing a version of the character that is much darker than anything we've seen before. The events of the prequels weigh heavily on him, and McGregor does an excellent job of showing how a decade of that weight makes someone tired and sore and kind of over it. You don't want to carry the weight anymore, but even though this character will eventually get more zen, the sadness of a tired man is there in every step he takes. People have called him "broken" in the marketing, but he's not broken… not at all. He's tired, and there is a difference.

If there is a thing that could convince people who are on the fence, it will be Vivien Lyra Blair as the young version of Leia. In a previous post, we mentioned what a shame it was to see Lucasfilm hesitating to recast iconic roles. It seems that baby versions of characters don't count.  Blair is going to be the standout of Obi-Wan Kenobi. It's difficult for children actors to take a role that has been presented in so many different forms over so many different years and make it feel true to the character while also making the performance their own. Blair manages to do that, and the writing gives her excellent backup as she snarks and backtalks everyone in a way that sounds exactly as you would expect from her. Even though we know where her arc is ending up, that doesn't mean we aren't going on a journey here. Something the movies never really dealt with was Leia's identity as an adoptee, and that appears to be in line with what we are going to follow in this series.

Finally, we have the villains of Obi-Wan Kenobi. The Inquisitors that we have seen in the animated Star Wars shows seem much keener to be the predator hunting down the prey. Actively looking and lurking and looking. Instead, these versions seem to be using a different version of hunting. Instead, they are looking for people that the Jedi just couldn't resist helping and looking for them there. They are exploiting the kindness of the Jedi and using it against them to hunt them down. It's an interesting tactic and one that really is linked to the inciting incident that gets the plot going. Moses Ingram as Reva will be the standout for sure, and her story will be fascinating to watch it unfold. There is some interesting subtext when it comes to her and how the other Inquisitors see her, and we'll have to see how much they expand on it further.

For someone looking for another Duel of the Fates type of show, these first two episodes haven't gone there yet at all. It's very restrained for the most part, with things picking up toward the latter half of the second episode. Is the show going to go completely buckwild in a couple of episodes? We'll have to see, but for now, if you're looking for a fast-paced action drama, this isn't the show for you. Obi-Wan Kenobi is starting off as a lot of Star Wars shows, a bit slower and more meditative, as we reunite with a character we haven't seen in a long time and are introduced to a new version of a familiar one. It's promising and worth checking out, even if you usually aren't interested in this era or the Jedi stuff. If these episodes don't grab you, then maybe this show isn't for you, and that's fine. 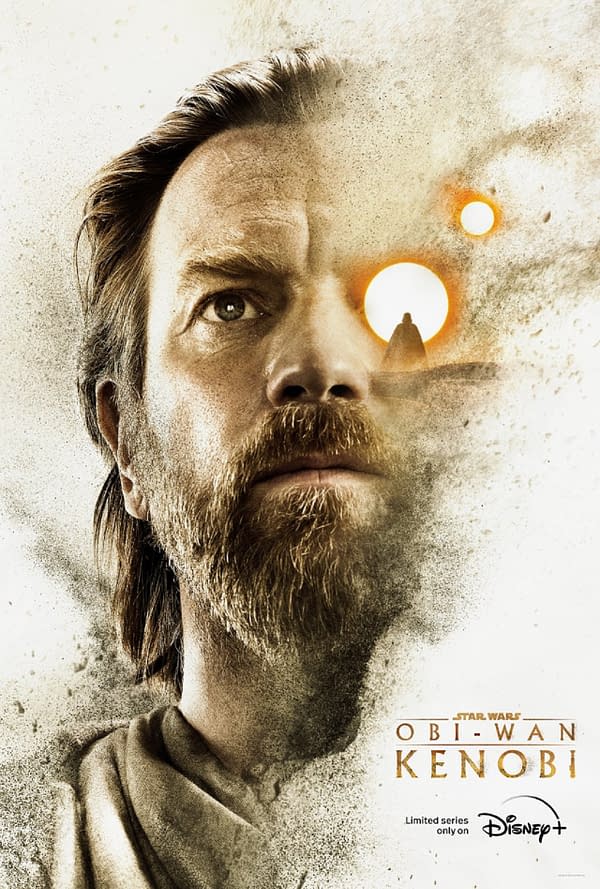 Review by Kaitlyn Booth
8/10
Episodes one and two of Obi-Wan Kenobi present a promising beginning to a story of not a broken man but of a weighed down and tired one while also featuring a banger performance from a young actress.

Seth MacFarlane shared a look at Norm Macdonald's Yaphit from this week's upcoming episode of Hulu's The Orville: New Horizons.

The Walking Dead Spinoff Could Bring Back "Missing" Characters & More

The Walking Dead star Norman Reedus offered more details on the upcoming spinoff, including possibly running into some "missing" characters.

Better Call Saul co-creator Peter Gould shared more teases about Walter & Jesse's return, and that no fan theories have figured it out yet.

Based on a clip buzzing on social media, it appears Howard Stern will spend part of his summer working on a Marvel Doctor Doom project (?!?)