Yesterday, Bleeding Cool ran a story that FX had cancelled the TV version of Y: The Last Man from Aida Mashaka Croal and Michael Green, three months after it had been greenlit, based on a pilot filmed last year, And that filming was to meant to have taken place in the summer.

In response, co-creator of the comic, Pia Guerra posted that I was … well…

Rich is full of sh-t.

Which is fair enough, Wouldn't be the first time. But in this case, it turns out that I may not have been entirely full of it as usual. Just partially.

We did reach out before publication without response, but after running the story, FX's Senior VP of Public Relations John Solberg e-mailed me to tell me that the story was 'not true'.

When pressed, he rephrased that to say.

Michael and Aida have left the project due to creative differences with the network. We're moving forward with the show and the same cast. Thanks

Sad news for fans of Y: THE LAST MAN today. FX has decided not to move forward with our series in its current form.

We are grateful for everyone who came together to make our pilot and build the world of Y… Our writing staff, director Melina Matsoukas, DP Rodrigo Prieto, and cast including Lashana Lynch, Barry Keoghan, Diane Lane, Imogen Poots, Amber Tamblyn, Julianna Canfield… And of course, the minds who started it all, Brian K. Vaughan and Pia Guerra.

We hoped to reward their talent and their trust not just with success but with a show that had something to say, in a time when things must be said. As Y fans ourselves, we hope the future allows just that

So. The show is not cancelled at FX. But it will be a different show. With the same name and same cast. Will it have to be delayed at this point? We hope all goes well for everyone involved. 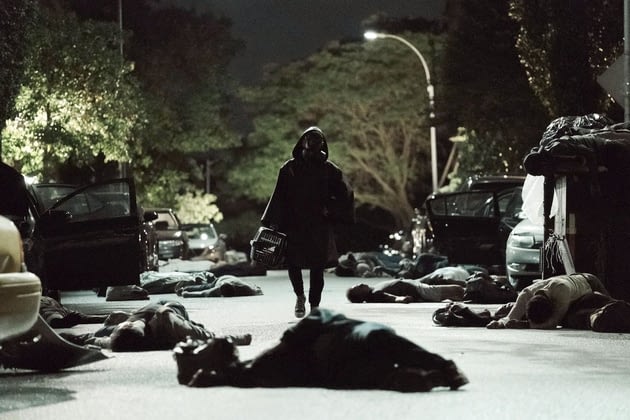 Former comic book distributor Ron Forman of Comics Unlimited died yesterday at the age of 79, after suffering from cancer. Ron was a comic book dealer in

Dennis Culver is the writer of DC Comics' upcoming new series Unstoppable Doom Patrol, drawn by Chris Burnham and coloured by Brian Reber. But that

My favourite superhero writer Christopher Priest is working with Carlo Pagulayan on a new ten-issue Superman comic book, Superman: Lost, launching on the

Just as Mark Millar is getting national press for saying that Chuck Dixon has been cancelled in mainstream comic books for being a conservative, Dark

Who Does Tony Stark Kill in Incredible Iron Man #1?

At the end of Iron Man #25, we noted some teased for what the new Gerry Duggan & Juan Frigeri will be bringing to the character with their new

Emma Kubert is about to triple up. As well as drawing Pandora, written by Frank Miller for Frank Miller Presents, and the current Radiant Pink series

The Guardians of the Galaxy Holiday Special: So Good, It's "Stoopid"

Did you like those animated scenes in The Guardians of the Galaxy Holiday Special? Well, you have Stoopid Buddy Stoodios to thank for them.