Tomorrow sees the release of The Walking Dead #192. Which, given the ending of #191, has everyone in a storm and has sent copies of that issue rocketing in value, a rapid second printing and an added blank variant cover for #192 indicating that something is up. 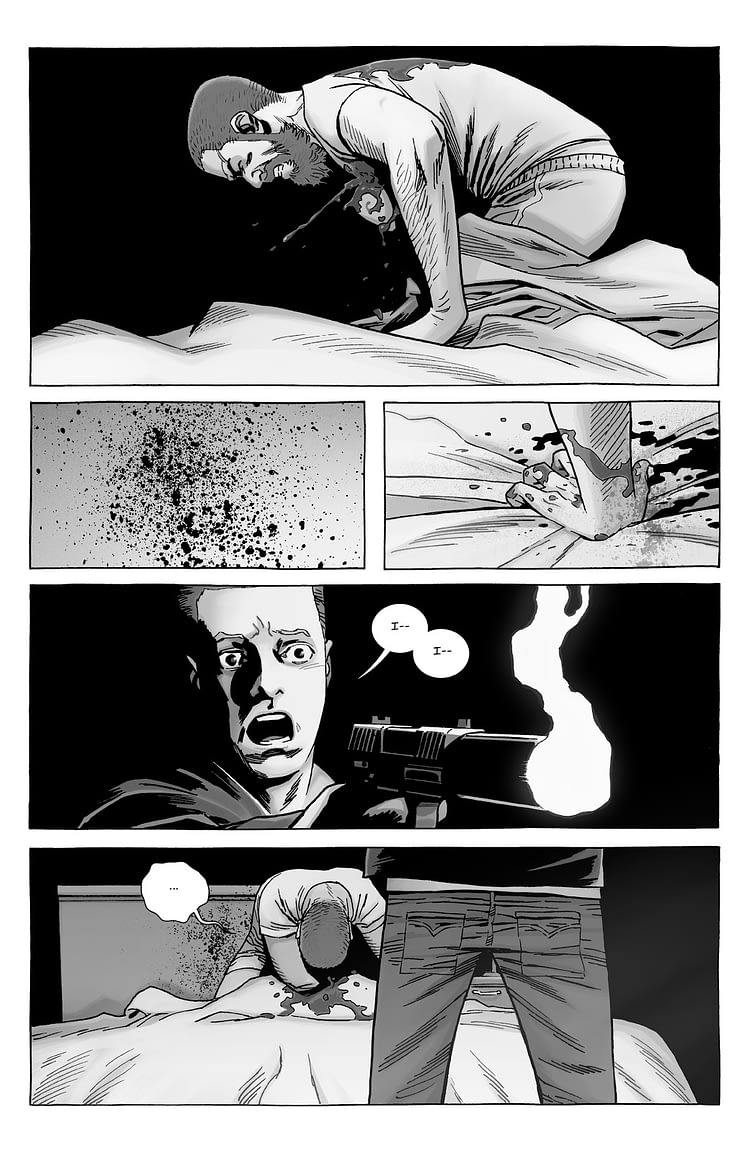 It has been pointed out that there was no way Rick Grimes was going to survive the shot seen in #191. But the opening pages of #192 want to hammer that home. With bullets. This is how it continues.

And if you really, really have to go there… this is the scene a few pages in, the aftermath of what happened the night before.

Warning, there will be no going back after clicking this link. On your head be it…

I hope you feel good about yourself. The other thing I have been told to note is that all this happens in the first few pages, And the aftermath takes the rest of the thirty-page story. You can only spoil yourself so far…

And remember- Sheriff Kapoor is coming.