Since Point Press are coming back through Diamond Comic Distributors in August 2020, including launches for Broken Gargoyles, Burning Tree and Bug Bites in their solicitations. Some you may have seen mentioned before, but there have been a few changes to schedules, naturally. Here's what they have planned now… BROKEN GARGOYLES #1 (MR)
JUN201338
(W) Bob Salley (A) Stan Yak
In this Dieselpunk post-WWI mini-series, two men come home from the war scarred and forgotten. One man is looking for redemption as the other looks for revenge. Both are on a collision course toward each other and nothing can stop them.
In Shops: Aug 26, 2020 SRP: $3.99 BUG BITES #1
JUN201337
(W) Corinne Roberts (A) Corinne Roberts
Children have been going missing in a quiet, idyllic town. For years, no one had an explanation, until Jolene found her grandmother's cookbook and the desire to find her best friend Simon, before it's too late! From the wonderfully weird mind of Corinne Roberts comes Bug Bites, a mini-series about the bug-eat-kid world existing beneath our feet!
In Shops: Aug 26, 2020
SRP: $3.99 FUHRER AND THE TRAMP #5 (OF 5)
JUN201339
(W) Sean McArdle, Jon Judy (A) Dexter Wee
Ian Fleming! Christopher Lee! Josephine Baker! Jon Pertwee! They're the Ministry of Ungentlemanly Warfare, Winston Churchill's black-ops ace in the hole. Now they're backing Charlie Chaplin, Hedy Lamarr, and Errol Flynn as they raid a Nazi installation. It's Team Tramp vs. the Fuhrer's Furies, over the fate of both Charlie's brother Sydney and Charlie's masterpiece, The Great Dictator!
In Shops: Aug 26, 2020
SRP: $3.99 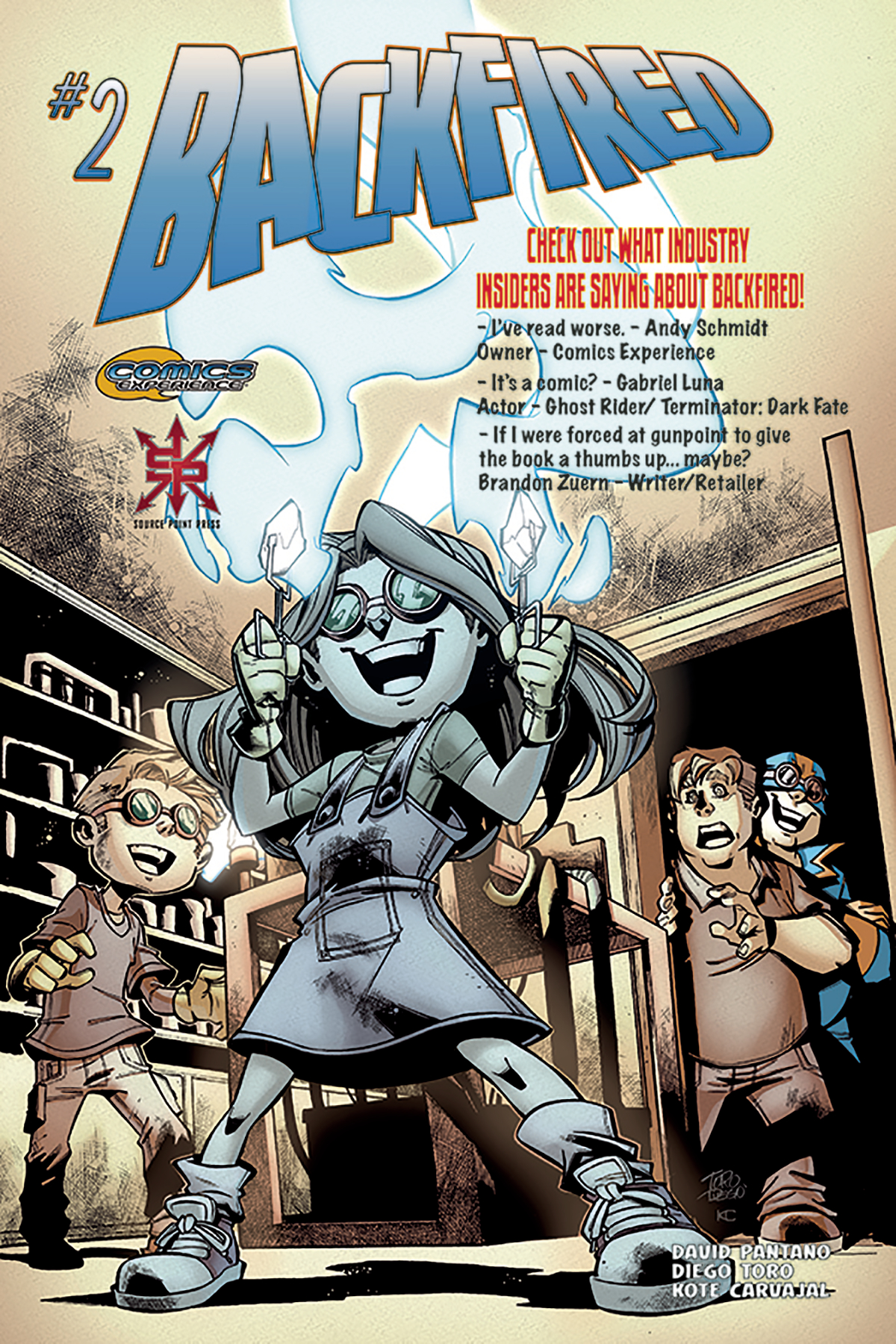 BACKFIRED #2 (MR)
JUN201340
(W) Dave Pantano (A) Diego Toro
Wally is forced to babysit his precocious niece, Teryn, as his editor and Hollywood execs put the pressure on Wally to come up with the perfect superhero Hollywood ending. Plus, the origin of Backfire and Teryn's science experiment gets dangerously out of hand!
In Shops: Aug 26, 2020
SRP: $3.99 NO HEROINE #2 (MR)
JUN201341
(W) Frank Gogol (A) Criss Madd, Shawna Madd (CA) Ahmed Raafat
Kayla finds herself on the road and needing a win. And things are looking up until she meets a young woman with a dark secret. Werewolves, street fights, and a whole lot of pain find Kayla as this series claws its way toward its final chapter. Will things start breaking Kayla's way? Not a chance.
In Shops: Aug 26, 2020
SRP: $3.99 HOLLOW #2 (MR)
JUN201342
(W) Mike Beyers (A) Mike Beyers
The second chapter in an adult retelling of "The Legend of Sleepy Hollow." Katrina keeps the faith of her Mothers, sacrificing the wants of her own life for the good of her town. But it's a duty that has worn her resolve to the bone, and the women of Sleepy Hollow seem happy with their new master, Ichabod Crane. Doesn't Katrina deserve happiness as well?
In Shops: Aug 26, 2020
SRP: $3.99 DANGER DEVIL #3
JUN201343
(W) Tony Doug Wright (A) Joseph Haemmerle
Danger Devil and Kid Diabla join forces with members of the Mystic Bureau to stop The Order of Methalia from summoning the great demoness from the underworld. Time is of the essence as our heroes prepare for the greatest battle of their careers. This is the electrifying conclusion to the series.
In Shops: Aug 26, 2020
SRP: $3.99 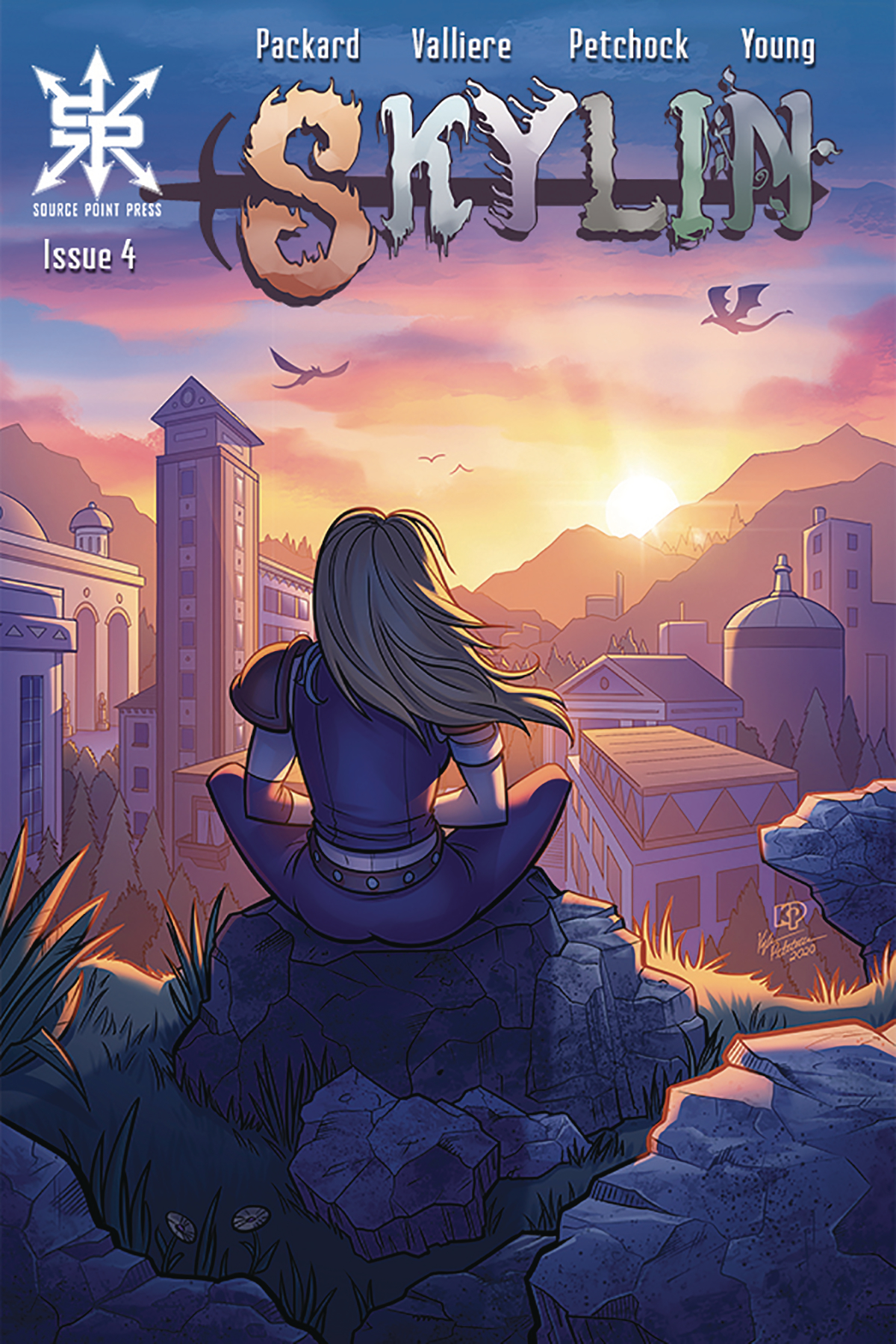 SKYLIN #4
JUN201344
(W) Fred Packard, Josh Valliere (A) Kyle Petchock
The Ceremony of Serpen is upon us. As the Floating City recovers from an attack the night before, Carly and Skylin find that the campus is full of rumors. Why was the city raided? What was taken from the city? And who will become the new Serpen riders?
In Shops: Aug 26, 2020
SRP: $3.99 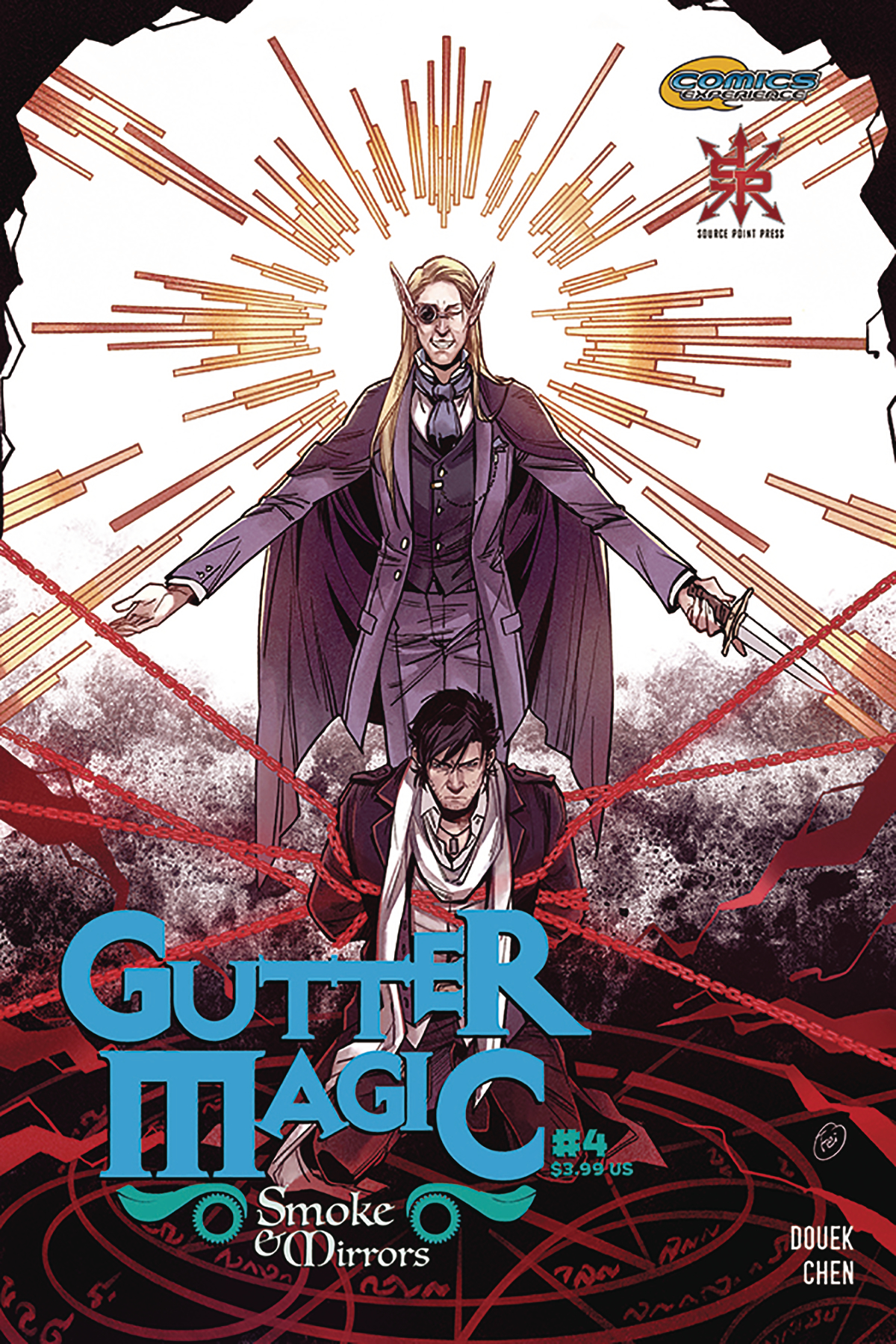 GUTTER MAGIC SMOKE & MIRRORS #4
JUN201345
(W) Douek, Rick (A) Fei Chen
Imprisoned by Summervale and the Thorn, Cinder may have finally found a situation he can't shoot his way out of. With time and options running out he may be forced to do the unthinkable: ask for help.
In Shops: Aug 26, 2020
SRP: $3.99 MONSTROUS WITCH HUNT #2
JUN201346
(W) Gregory Wright (A) Stan Yak, Robert Nugent
Baba Yaga's globe-spanning witch hunt continues into Japan! The battle to find her adopted daughter rages on against an army of samurai and ninja, and some exceptionally tough nuns join the fun as well. Will Baba Yaga uncover the clues? How will she defeat her foes with her magic gone? And when all the secrets are revealed, is she prepared to face the truth, even if it's monstrous?
In Shops: Aug 26, 2020
SRP: $3.99 TOUCHING EVIL TP VOL 01
JUN201348
(W) Dan Dougherty (A) Dan Dougherty
Collecting the first story arc of the series, Touching Evil: The Curse Escapes follows Ada Mansfield, an ordinary woman with an extraordinary curse. She can kill anyone she touches… if they're evil. Collects issues #1-7.
In Shops: Aug 26, 2020
SRP: $19.99