The number of people who are old enough to remember a leather jacket-wearing Henry Winkler (or a stunt double, we didn't know) propel a motorcycle over an actual shark on national television continues to diminish. Yet, it lives on as a trope beyond "chasing the pigeon" or "nuking the fridge" as the hallmark of a story that has gone irrevocably wrong. Imagine, if you can, a story that already hit such a dubious point, doubled down, and now is losing house money as it continues into navel-gazing and insular irrelevance. It happened for Stephen King in the Dark Tower series in a similar way, and it's just as hard to watch in Crossover #7.

Okay, here's the gag, for better or worse. There's a world where comic book characters came to life and waged horrible war upon each other to the detriment of the world around them (mostly in the US). As fall out from this, someone is hunting and killing the makers of comic books, and that leads us to Sault St. Marie, Canada, where Dave Murray works as a wholly inadequate short-order cook. "Dave Murray" is actually "Steve Murray," though, which seems super uninteresting until he wanders into a comic book store, the only place he might be recognized … as Chip Zdarsky.

If you have Crossover #7 in your hands, you're reading a book about a guy who writes comics written by that exact same guy. His own words say it best: "Issue Fourteen of Sex Criminals. In the middle of the issue, we did what all the hacks eventually do. We went meta." Murray, or Zdarsky, whichever you prefer, comes face to face (literally) with his literary decisions, and it gets weird. Not "weird" in a good way, but "weird" in a very "inside baseball" kind of way that's self-referential and inconclusive at best. After all that, it gets even more insular with a visual gag from a reference that hasn't been printed by Image since 2004.

Listen … nobody here is bad at their job. Chip Zdarsky, Phil Hester, Ande Parks, Dee Cunniffe, John J. Hill … these are all rightly working professionals who know how to do their job. Bad decisions were made, frankly, some time ago in the underlying conception of this series, and there's almost nowhere to go but down with such foundational flaws in the evidence. Suffice it to say; this comic book is not good unless you're enormously invested in the very small community near the top of the comic book industry. RATING: NO. JUST … NO.

Crossover #7
By Chip Zdarsky, Phil Hester
NEW STORY ARC 'Wait. No. Hold on, what is this? Why is CHIP writing my book? Sorry, I know this is unprofessional to do in public, but no one at Image is answering my emails. Someone please call me!! WHAT IS HAPPENING?!' 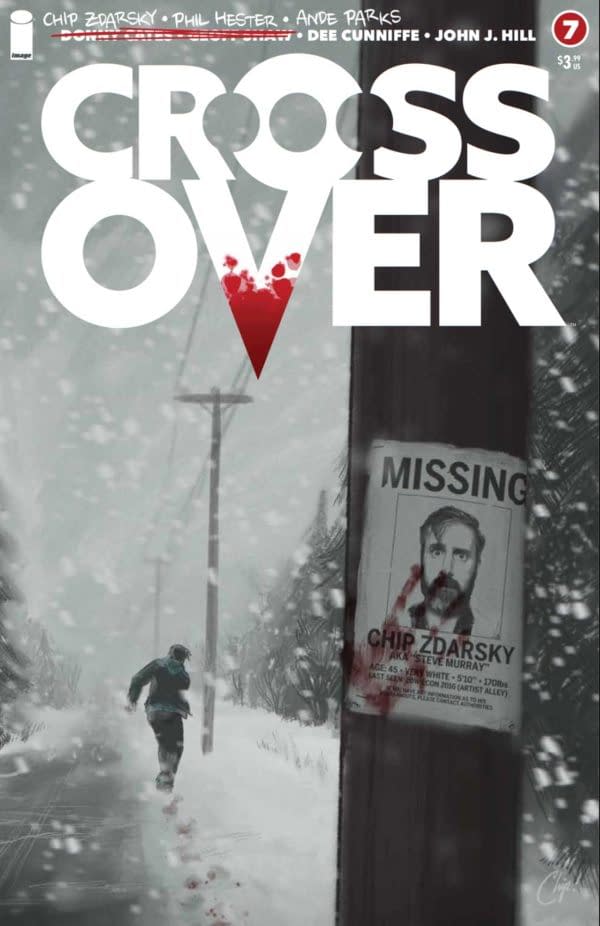 Review by Hannibal Tabu
2/10
Chip Zdarsky … takes on Chip Zdarsky? Going deeper than Inception with as much depth as Dumb & Dumber, the invite to this exclusive club might not be worth the ticket price.

Today -- September 27, 2021 -- is apparently the final order cut off day for the huge new title from Second Sight Publishing and Legends Press Comics,

Jonathan Kent Introduces A Special Friend To His Parents (Spoilers)

A few months ago, Bleeding Cool reported internal editorial and creative discussion at DC Comics that Jonathan Kent, do was going to be defined as a queer

Brian Bendis Doubles Down On The Toilet Habits Of Green Arrow - Will He Be Calling Him The Brown Arrow Soon? (Spoilers)

Marvel Studios Encourages You To Be More Loki This December

Just too late for Christmas, Marvel will be publishing Be More Loki: Alternative Thinking From the God of Mischief, out on the 28th of December. Full of