Young Bruce Wainwright lost his parents in a violent crime…and in the real world, no superheroes exist to save the day. But as grief and rage builds inside Bruce until he feels he can't keep it inside anymore, something strange starts taking wing in the Gotham night! Perhaps Bruce's grief isn't inside him after all?

Issue #2 was out before Christmas 2017, with issue #3 delayed from February until April 2018. Issue 4 was delayed further, eventually solicited for DC Comics to publish in January 2019.  However, DC Comics then told comic book retailers that all orders for that final issue have been cancelled and it would be published later in the year, possibly the end of May.

And then it popped up suddenly in DC's October solicitations.

BATMAN: CREATURE OF THE NIGHT #4
written by KURT BUSIEK art and cover by JOHN PAUL LEON
Bruce Wainwright is not the man he believed himself to be. He never was. But when you've unleashed horror on the world…what can you do about it? Is Bruce human after all? Or has he become more than a man? It's the unmissable finale of one of the best-reviewed miniseries of the year, sure to go down as a modern Batman classic!
PRESTIGE FORMAT RESOLICIT | ON SALE 10.30.19 $6.99 US | 4 of 4 | 56 PAGES FC | RATED T+ This issue is resolicited. All previous orders are cancelled.

You know what comes now, right? Of course you do. Batman: Creature Of The Night #4 has been delayed, yet again, by another month. It is now scheduled to be published on November 27th. Two years after #1…

The hardcover edition of all four issues is still scheduled for February 2020. Which means #4 has a very good chance of being published by then…

Bruce Wainwright, a comic book-reading kid obssessed with the Caped Crusader, loses his parents in a violent crime…and in the real world, no superheroes exist to save the day.

Batman: Creature of the Night, written by Kurt Busiek (Astro City) and drawn by John Paul Leon (Mother Panic) is a stand-alone story set outside of regular continuity in 1968 Boston, MA. The victim of the brutal murder of his family, young Bruce sees grief and rage build inside himself…until something strange starts taking wing in the Gotham night! Something similar to the comics he's been reading his whole life. As life begins to imitate art, will Bruce Wainwright be able to live up to his fictional namesake?

A deliberately spiritual companion to the beloved Superman: Secret Identity, Batman: Creature of the Night puts a new spin you've never seen before on the legend of Batman–and the dark emotions that drive him!

This volume collects issues #1-4 of the critically acclaimed miniseries.

And here's a preview… 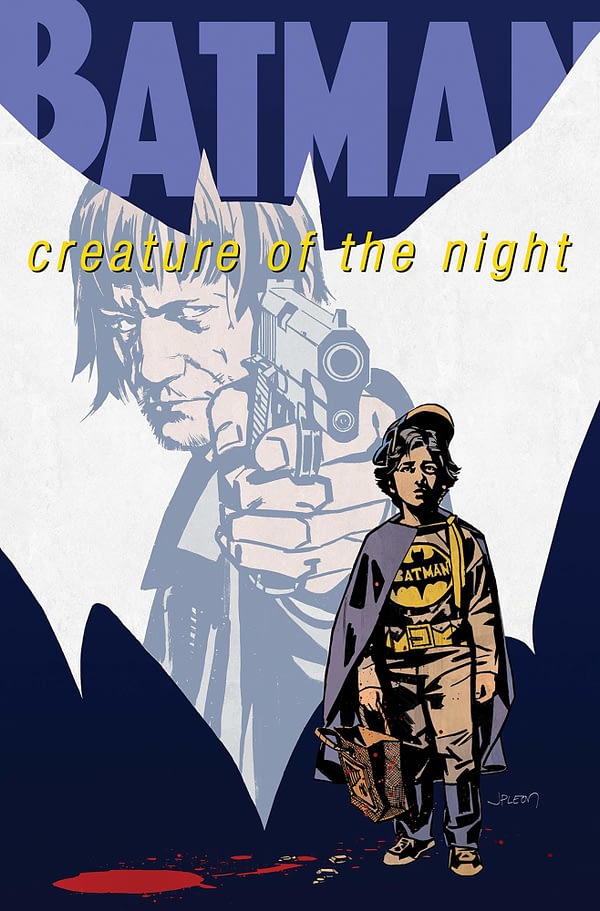 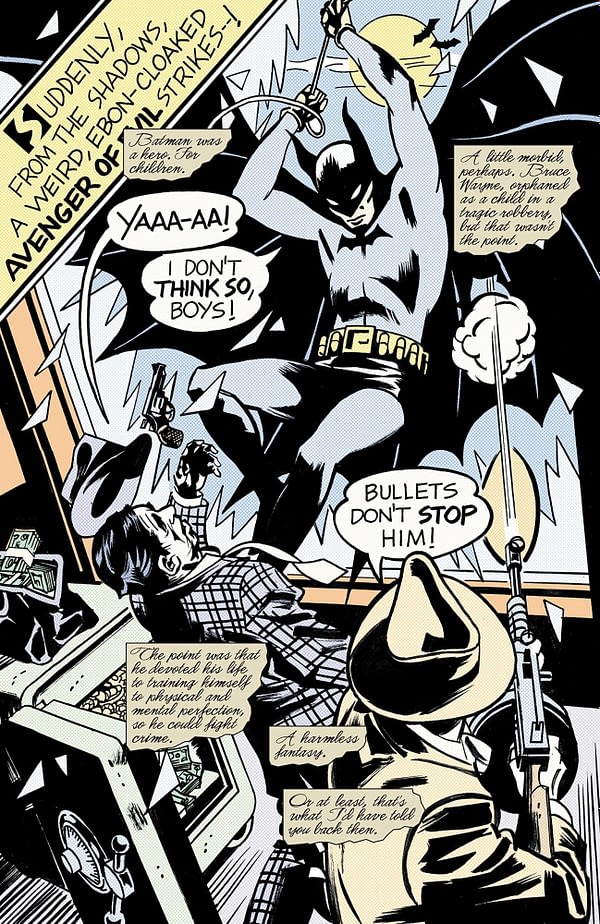 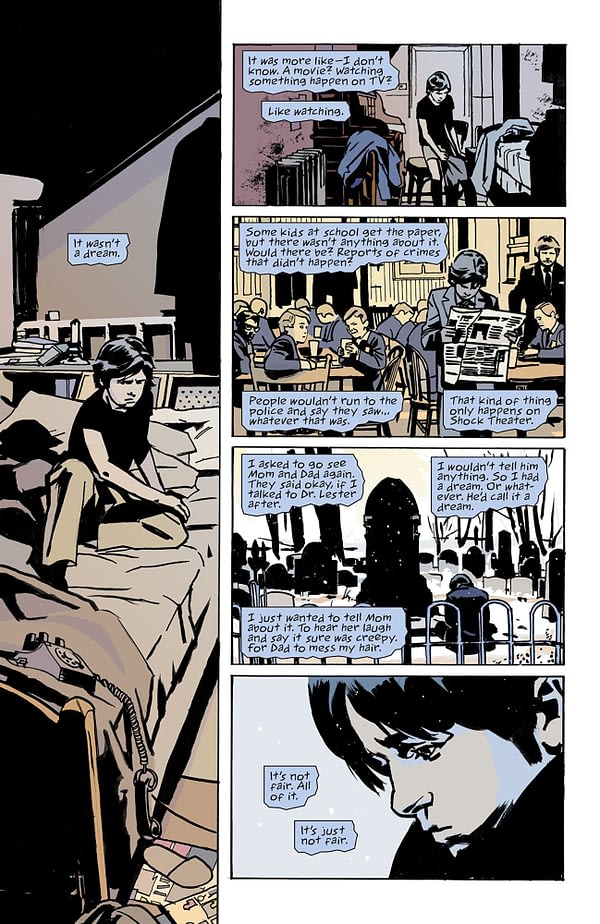 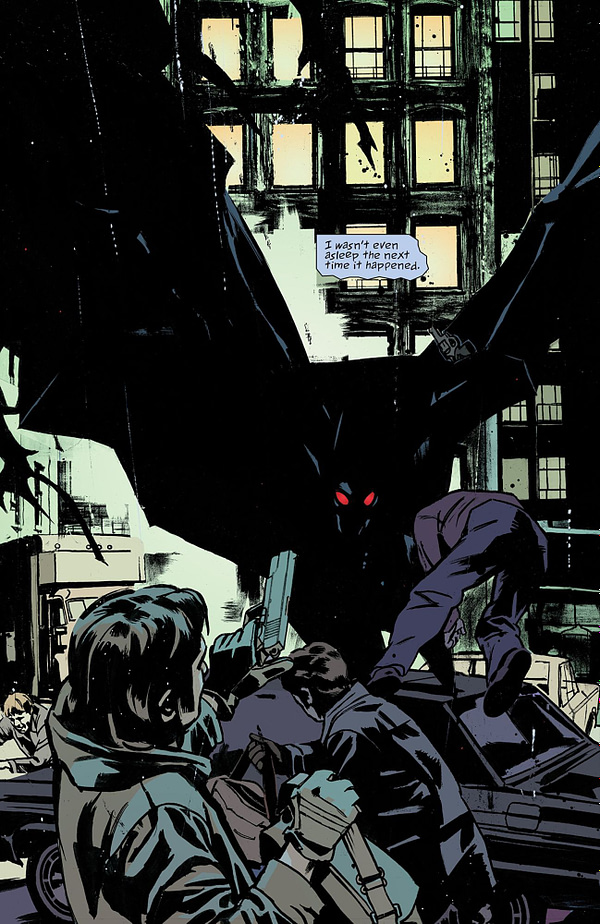 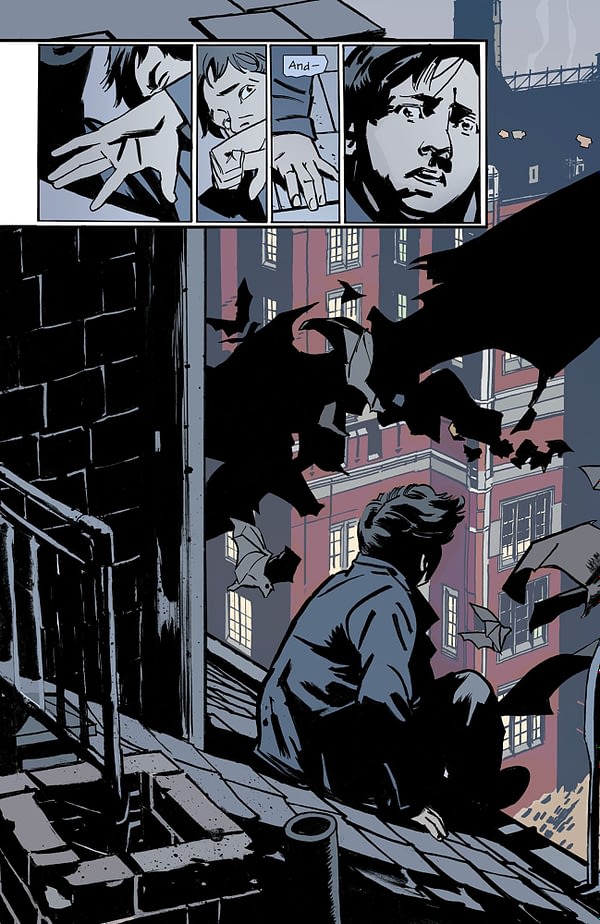