Orbital Comics has, over the last twenty years, become my comic store of choice in central London. Smack bang next to Leicester Square tube station, and the Arts Theatre, they transformed the old photography studio into a store and gallery space. It gets great footfall, not least from being right next to the real-life position of Diagon Alley. And there are a great bunch of people working there, some comic creators themselves, and some with a history running through comic stores in the capital. They know their stuff, are welcoming to new customers and share a real and genuine enthusiasm for comics and comic selling.

But I know that a number of British stores have been struggling of late with massively increased costs as a result of the falling pound, triggered by the Brexit referendum, as well as rising rents. And the imminent Brexit deal-or-no-deal has made a bad situation worse.

As a result, I understand that over the next few weeks, Orbital Comics is to stop selling new weekly comic books. To stop dealing with Diamond UK and the direct market. And to transform into something else.

It's not going anywhere, that is prime London retail space, but what it does with it will mean something else. What, I don't yet know. The gallery space, which has just finished exhibiting the work of Phillip Bond, is a real draw and a place where original art can find a willing and eager buying market in London.  Its side-space does a roaring trade in all-ages material. The events it throws, such as the recent Black Crown party, was spectacular. And when it comes to exhibitions and events, everything will continue as planned until the end of the year.

And now Orbital Comics is going to change, into something likely to be new and exciting, just rejecting the old direct market of the comic book store.

The impact on London

Now, I have heard rumblings regarding other comic book stores looking at similar choices. But no one quite as central, as prominent or as well known as this Eisner-Award-winning comic book store. This will be the biggest change in central London comic books since Comics Showcase closed decades ago.

This will leave Gosh and Forbidden Planet as central London direct market stores. And Orbital Comics as… something else entirely. I look forward to finding out more as and when it's announced. 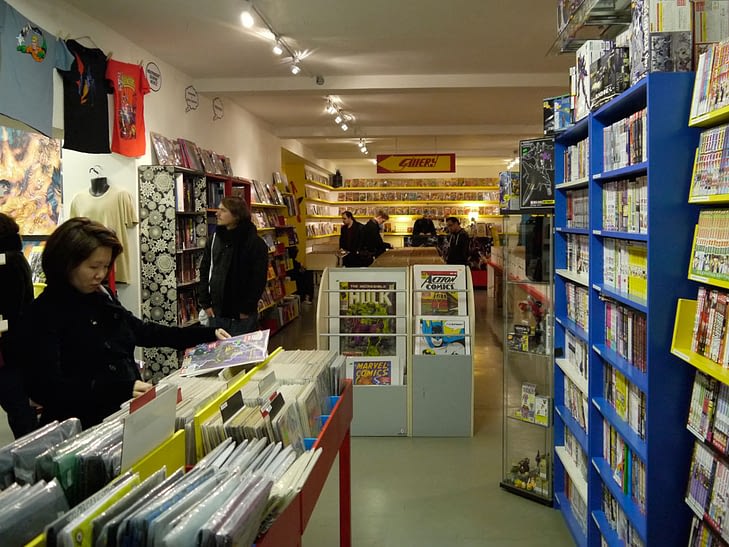