Bleeding Cool has a theory about the current Flash Forward series starring Wally West, trying to redeem himself for all those deaths in Heroes In Crisis, and then covering them all up. Because the series began with an empty Mobius chair. 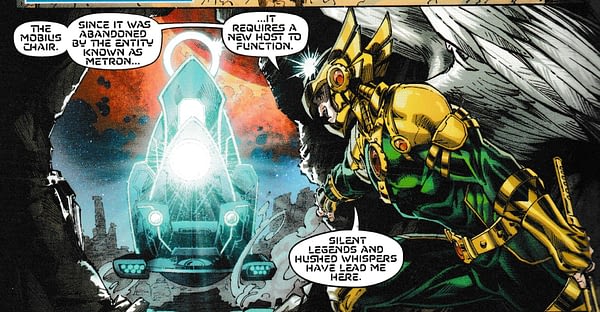 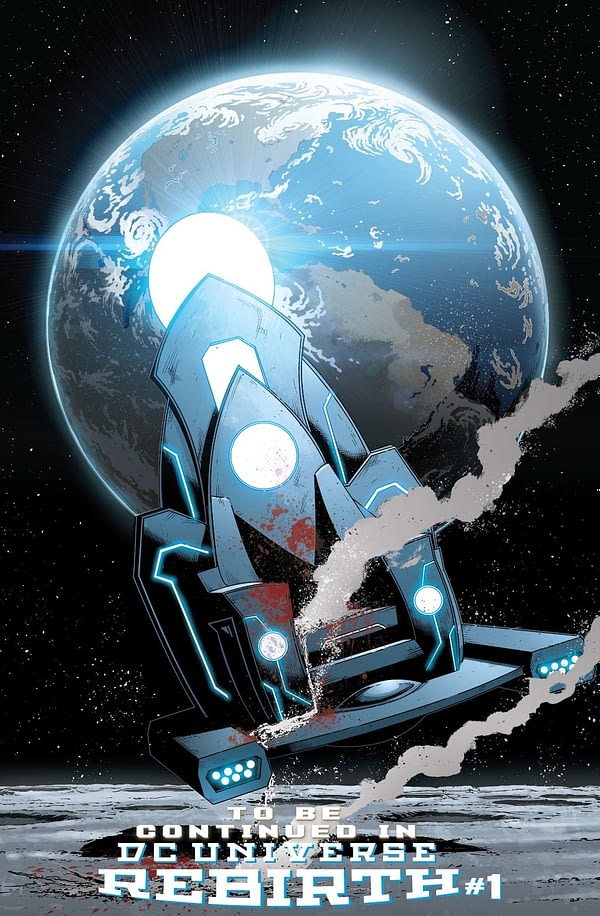 …though in Justice League it looked as if Brainiac had been fashioned into a new one. 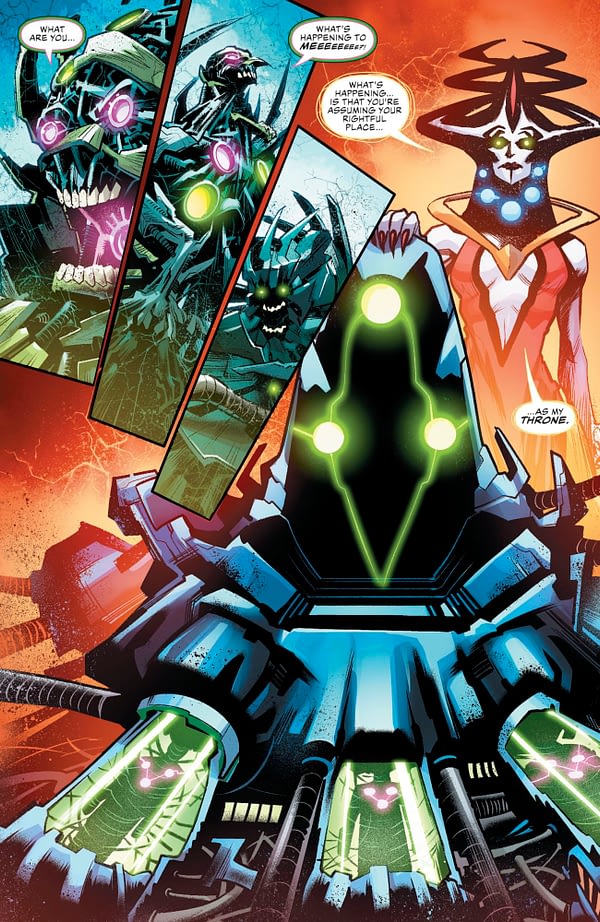 Well in today's Flash Forward #5, Wally West gets closer than before…

…reaching out… the fastest man on Earth looks like he'll be having a bit sit down. Why can't he get a Mobius Standing Desk instead?

Flash Forward #5 is out today from DC Comics… I bought mine from Piranha Comics in Kingston-Upon-Thames. Piranha Comics is a small south London comic store chain with a small south-east store in Kingston-Upon Thames's market centre, which runs Magic The Gathering nights on Fridays, and a larger south-west store in Bromley, which also runs Magic nights and has an extensive back issue collection and online store. If you are in the neighbourhood, check them out.

FLASH FORWARD #5 (OF 6)
(W) Scott Lobdell (A) Brett Booth, Norm Rapmund (CA) Evan Shaner
Wally West has gotten to the heart of his mission to save the Multiverse…and the heart he found was his own. When it's discovered that the dark multiversal world that's threatening all of existence is the world in which Wally's children are alive, our hero must overcome his greatest fears, regrets, and anger to do what's right. But what's right is the hardest thing anyone would ever imagine doing…letting go.In Shops: Jan 15, 2020
SRP: $3.99