Scout Comics is ramping up for the end of the year, launching four separate series, Red X-Mas, Murder Hobo, Sam & His Talking Gun and Sh*tshow, all part of their December 2020 solicitation. Here's the covers and listings. 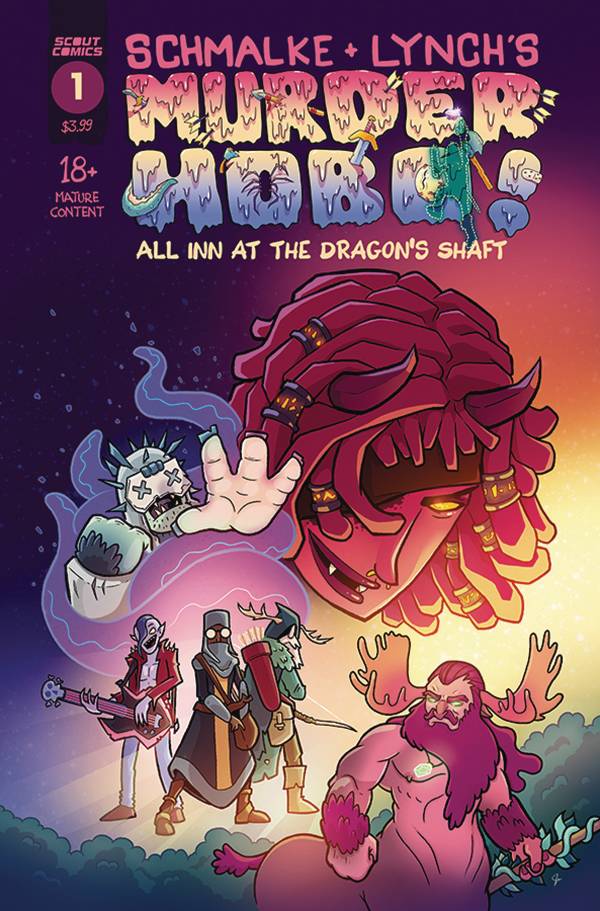 OCT201551
(W) Joseph Schmalke (A/CA) Jason Lynch
Murder Hobo is back with more wild and deadly tales! At a local tavern, brave warriors in The Lands of High Adventure are becoming more aware of several "heroes" who are not what they seem. While sharing war stories, these adventurers realize they've each invited into their parties rogue agents who put them directly in harm's way, often resulting in dead heroes and stolen treasure. We meet three more Murder Hobos: a hot-headed half-demon, a poo-flinging Orc, and an invisible fishman. These agents of Chaos have different methods, but share the same goal, satiating their sordid desires by drinking, drugging, whoring… and keeping all the loot for themselves.
In Shops: Dec 09, 2020
SRP: $3.99 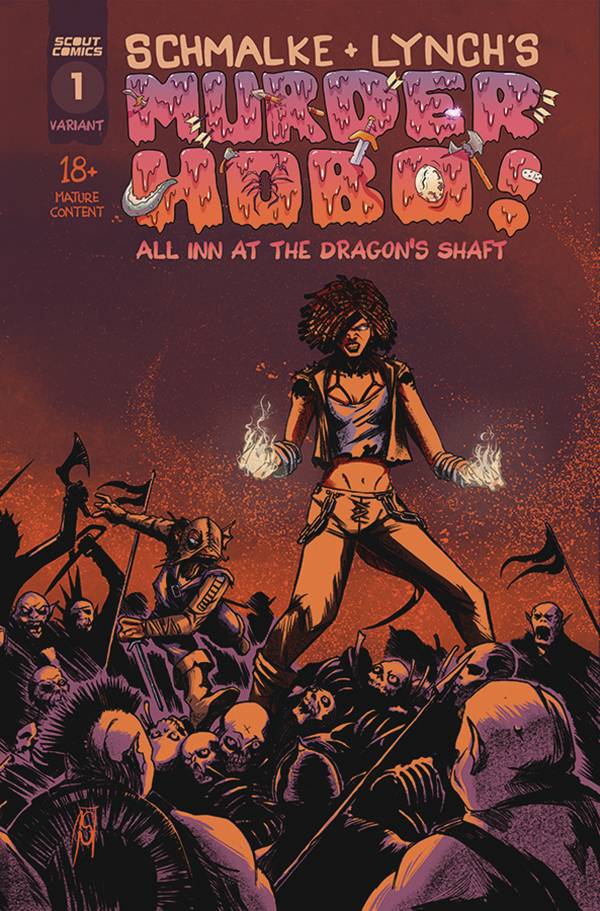 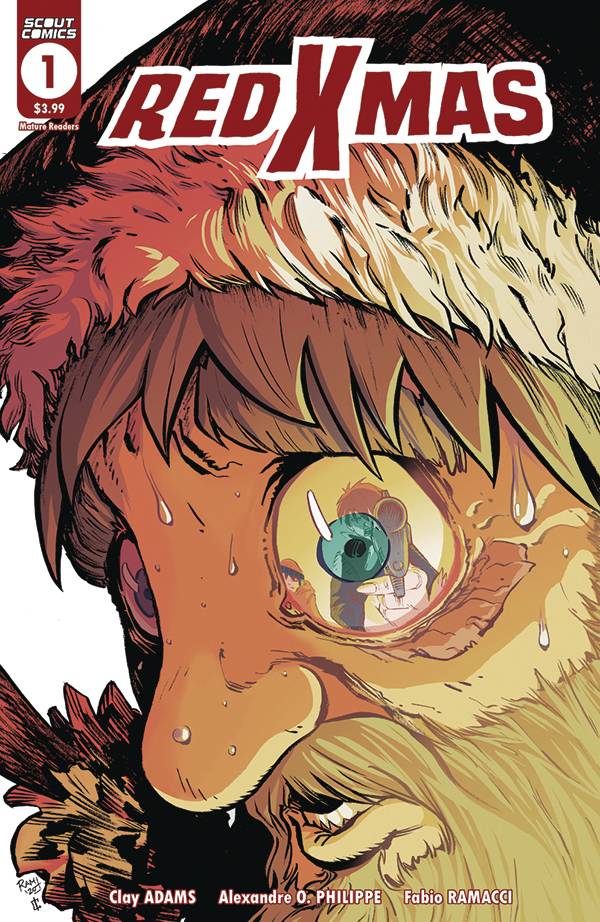 OCT201554
(W) Clay Adams, Alexandre O Philippe (A) Fabio Ramacci
When Mrs. Claus dies in a tragic toy accident, Santa vows to make all those little brats pay! But when his rampage kicks off at the home of FBI agent Ellie Tewksberry, he messes with the wrong lady. Mama Bear will travel to the ends of the earth to save her son-and Christmas! This December, Santa must die! The newest entry in the Scout NONSTOP! Imprint. Enjoy the World Premiere issue followed by the entire story collected soon after in one volume.
In Shops: Dec 02, 2020
SRP: $3.99 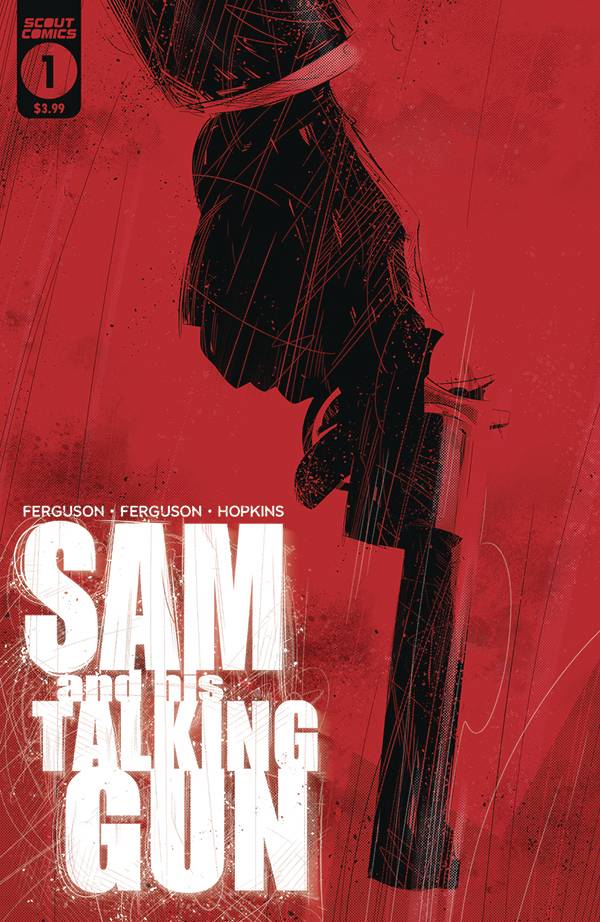 OCT201555
(W) Drew Ferguson (A) Lee Ferguson
Sam stands in a room full of bodies, blood, and broken things. The only thing on his mind? Colt. His brother, blood or not. Colt, who killed the only other person Sam had left. Colt, who broke Sam's mind, and left the shattered pieces in an asylum. But Sam is back. He has his talking Gun. And no matter the cost, no matter the consequence: Colt has to pay.
In Shops: Dec 09, 2020
SRP: $3.99

OCT201556
(W) Adam Barnhardt (A) Samir Simao
The world once had an Age of Heroes, where Legend, the Principled Protector of Peace, and his Legion defended the Earth from threats far and wide. Then, in the blink of an eye, unimaginably horrific forces catapulted the Age of Heroes into extinction! Now, as people wander aimlessly through a hero-less world, The Magnificent McCoys travel far and wide to showcase their powers for the almighty penny. Led by the drunkard Richard McCoy – the hero once known as Legend – the McCoys try to find normalcy in a world that is just slivers of what it once was. As the dust finally begins to settle, the dark force that looked to conquer the world returns to finish the job it started. Can Legend remain sober enough to put this mysterious force down once and for all?
In Shops: Dec 02, 2020
SRP: $3.99 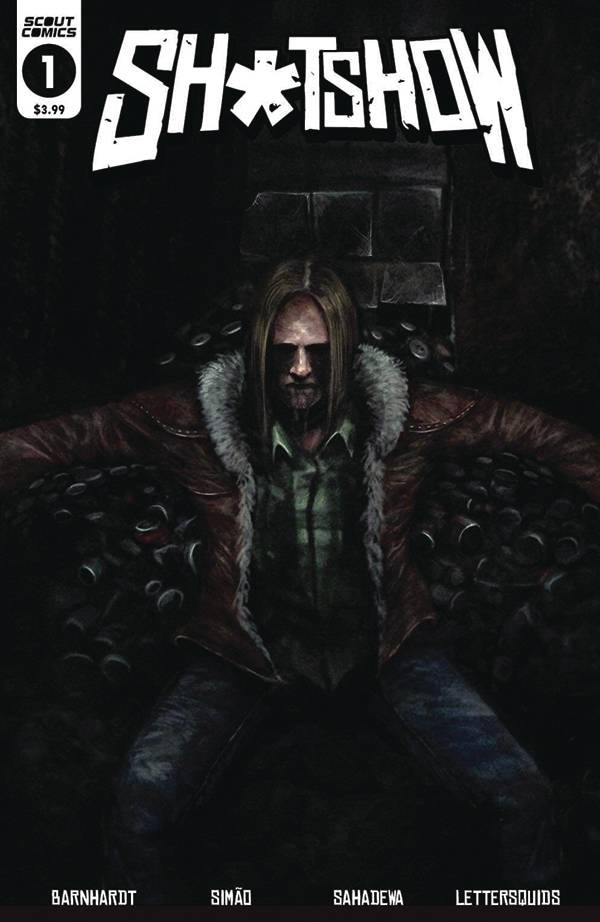 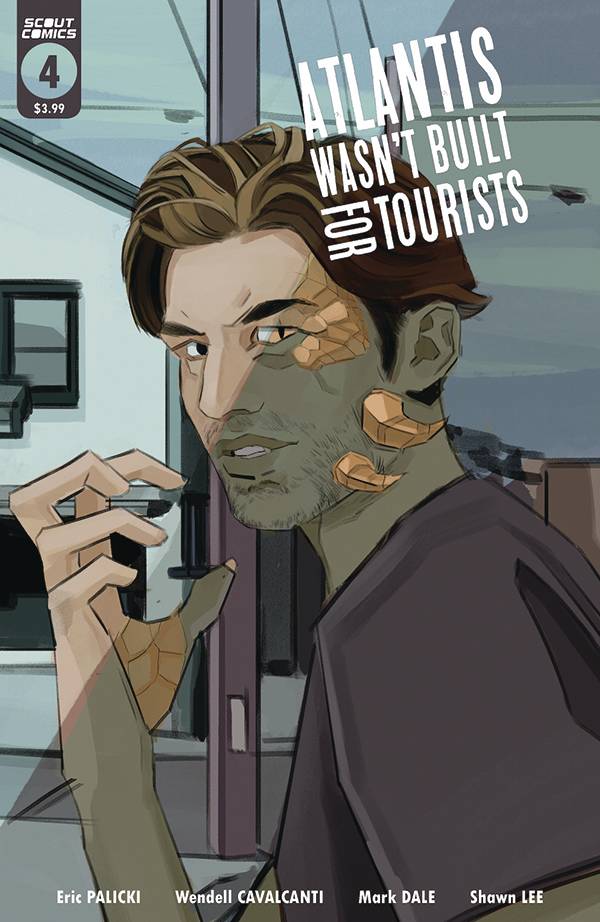 OCT201547
(W) Eric Palicki (A) Wendell Cavalcanti
Lucas Lewis, the drifter who only ever wanted a warm meal and a soft bed, now stands alone against the combined might of Atlantis's monsters, human and otherwise. And the town has one final secret to reveal. When the dust settles, will there be anything left of Atlantis County, Oregon, or of Lucas Lewis?
In Shops: Dec 09, 2020
SRP: $3.99 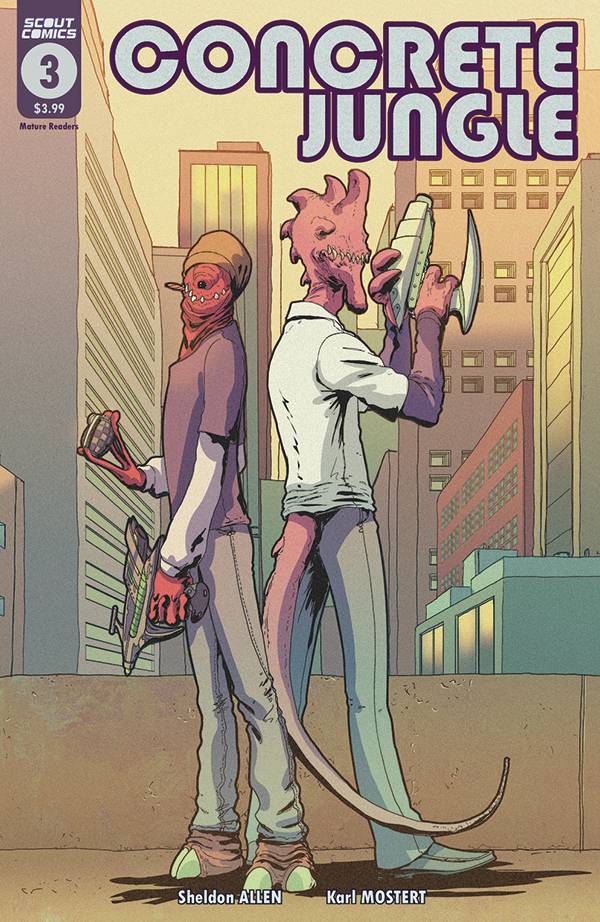 OCT201548
(W) Sheldon Allen (A) Karl Mostert
Annie enlists the aid of two "associates" to help her confront a ruthless pimp connected to the mind-hijacked dead prostitute. But is Annie seeking to bring the pimp to justice, or is she seeking to serve him notice about who really runs the streets of Atom City? If you thought our girl was all talk and not about that action, wait until you get a load of this issue!
In Shops: Dec 16, 2020
SRP: $3.99 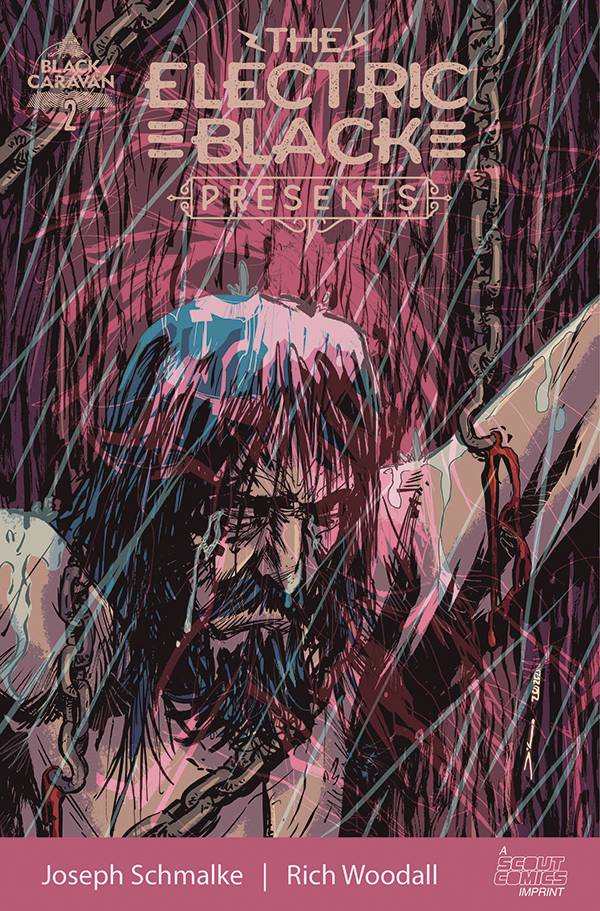 OCT201549
(W) Joseph Schmalke, Rich Woodall (A) Karl Moline, Christian DiBari (CA) Rich Woodall
Black Caravan Imprint. From the eerie world of The Electric Black comes a series focusing on some of its more sinister residents. Welcome back dear reader for two chilling tales of murder, forbidden love, and revenge hosted by The Electric Black's proprietor, Julius Black. Our first tale brings us back to the dawn of man and the creation of The Electric Black itself.Â Â Next we bring you a haunting tale which takes us to Roman Britain and tells the story of the man we call Julius Black.
In Shops: Dec 16, 2020
SRP: $3.99

METALSHARK BRO TP WHAT THE FIN 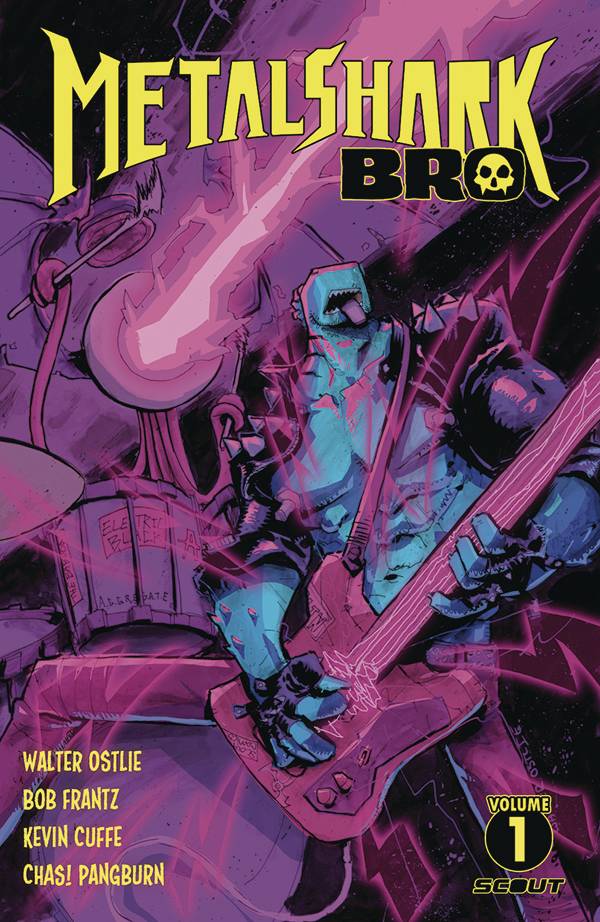 OCT201550
(W) Bob Frantz, Kevin Cuffe (A/CA) Walt Ostlie
This is where it all started! Fan-favorite Metalshark Bro is back to cap offÂ Â 2020 with a new cover for the original installment: What the Fin! If you have no idea what we're blathering about, here's the liner notes summary: a traditional shark stumbles upon Satan's nephew and is forcibly given anthropomorphic qualities. With his newfound human physique and propensity for violence, he's tasked with collecting the souls of those that have sworn allegiance to Satan. The only problem? He just wants to be a normal shark again! Naturally, he swears bloody vengeance and, uh, a whole lot of death ensues!
In Shops: Dec 30, 2020
SRP: $14.99 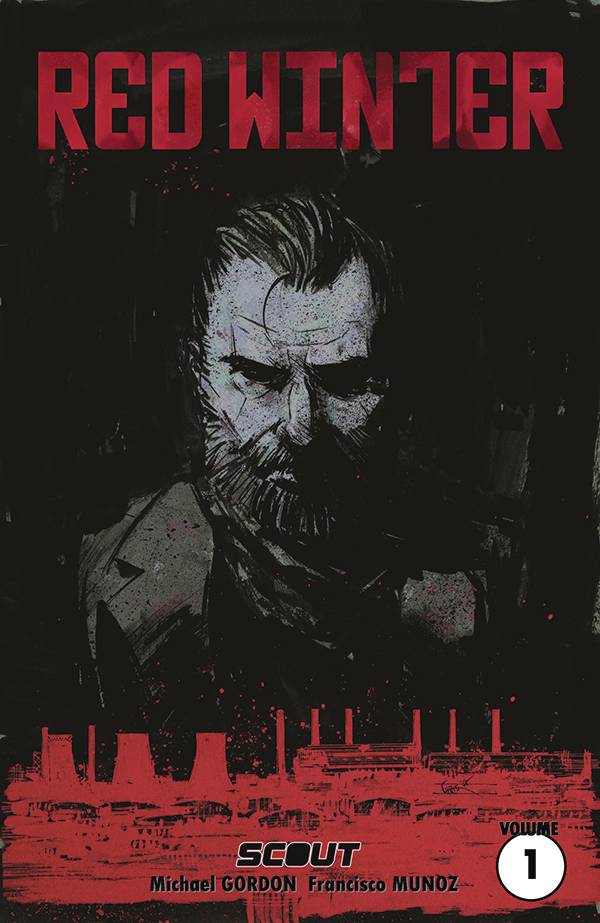 OCT201553
(W) Michael Gordon (A) Francisco Munoz, Alberto Massaggia (CA) Chris Shehan
Eli Winter is a former NYPD Detective, now living in the most crime-ridden district of Moscow. Employed by local crime boss, Nikolai Dubrovsky, without whom Eli would likely be rotting in an American prison, Eli sees a chance for redemption when he is enlisted to investigate the destruction of one of Dubrovsky's meth labs. Eli soon discovers the crime was committed by his estranged son, Joseph, as part of a rival gang initiation. Now Joseph needs his father's help, as he's in way over his head. Will Eli make the choice to protect his son from the vicious gang he works for? Red Winter returns with a new cover for 2020.
In Shops: Dec 23, 2020
SRP: $14.99 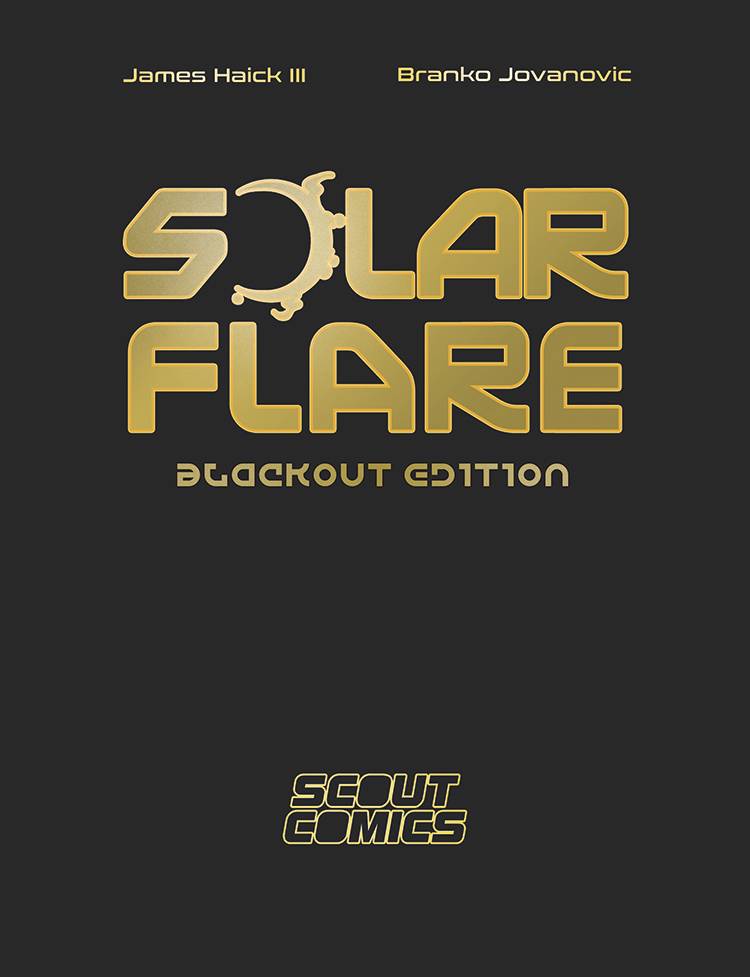 OCT201558
(W) James Haick (A) Branko Jovanovic
Where were you when the world went dark? Solar Flare is the story of Jake Clifford and his friends traveling through a world where electronics no longer work after Earth is hit directly by a solar flare. Jake and his friends are trying to survive in this new post apocalyptic world while searching for his lost daughter. This special, magazine sized Blackout edition is part of Scout's new Prestige Imprint collecting issues one and two of the hit series!
In Shops: Dec 02, 2020
SRP: $9.99 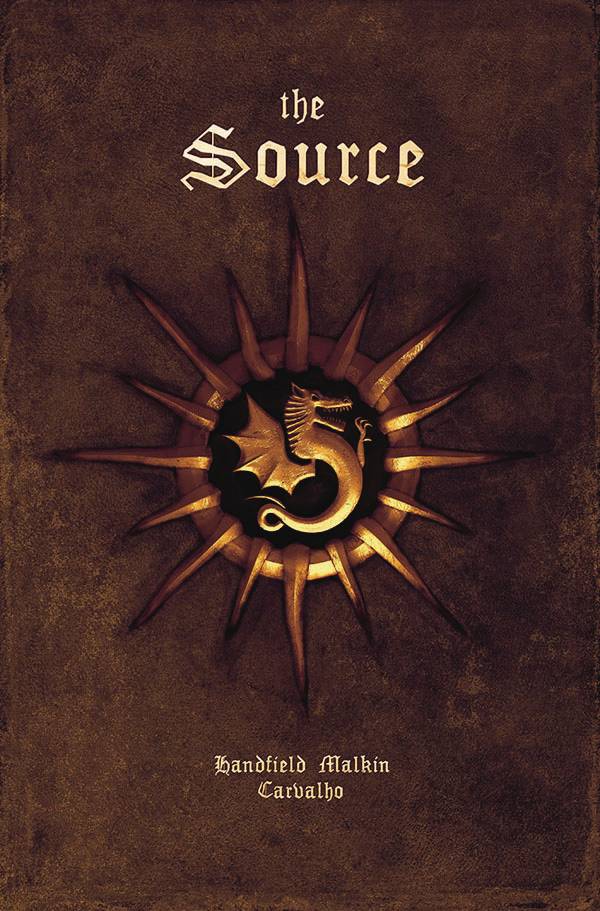 OCT201559
(W) Don Handfield, Joshua Malkin (A) Leno Carvalho (CA) Nicholas Ely
Bennett Miller, a high school teacher in East St. Louis, still lives with his grandmother. One day Bennett is approached after his class by a mysterious old woman, Ms. Putnam, who tells him that magic is real… and he's the one prophesied to return it to humanity. The only problem… it's been outlawed for thousands of years by the ancient Few, a powerful sect who hoard it to prolong their own lives… and will stop at nothing to keep it secret. Based on true history, real legends, and actual folklore and myths.
In Shops: Dec 23, 2020
SRP: $14.99 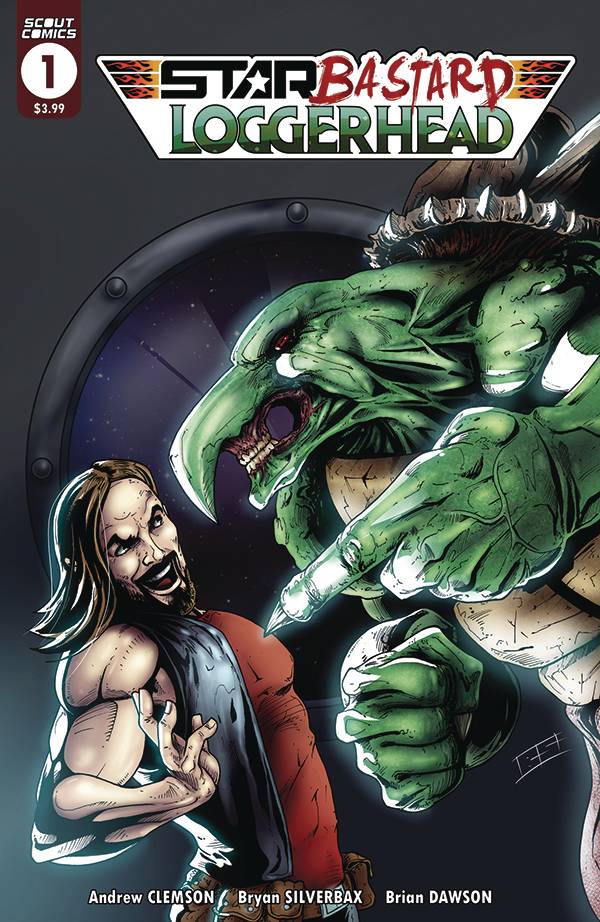 OCT201560
(W) Andrew Clemson (A) Brian Dawson (A/CA) Bryan Silverbax
Worlds collide in this one shot that has everyone's favorite space-degenerate crossing paths with the bloody beast of the bayou! Finding themselves on an alien world and forced to fight to the death, Captain Greeves and Loggerhead are forced to work together to gain their freedom! Just as much blood and swearing as you'd expect from a Star Bastard and Loggerhead crossover!
In Shops: Dec 16, 2020
SRP: $3.99 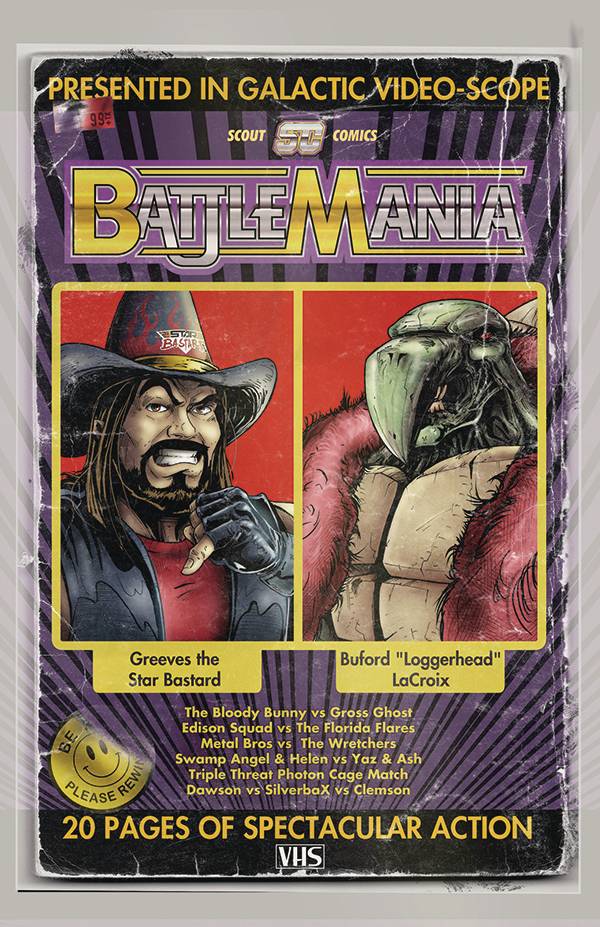 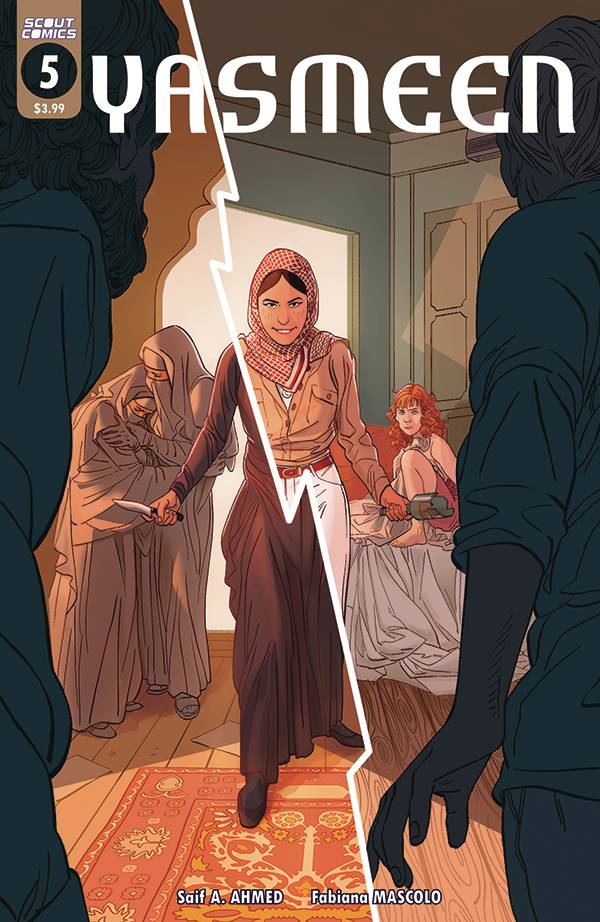 OCT201562
(W) Saif A. Ahmed (A) Fabiana Mascolo
Yasmeen's father tags along with the Iraqi army as they prepare for battle in hope to rescue Yasmeen from her new owner. While in 2016, Yasmeen's mother has a surprise for her daughter who decided to put on hijab again.
In Shops: Dec 23, 2020
SRP: $3.99