With outstanding character details, clever plotting, and energetic artwork, Shang-Chi #2 levels up everything the first issue did well. Thematically following Agents of Atlas into the gray areas between heroes and villains, this layered, complex tale is right on time for the upcoming cinematic experience.

Shang-Chi has inherited leadership of the criminal organization Five Weapons Society from his father, along with four half-siblings, each specializing in fighting with a type of melee weaponry. He's determined to use the infrastructure of the Five Weapons Society to do good in the world. This idea, of course, contradicts every impulse and experience his half-siblings have all seasoned, hardened criminals themselves. That's a wonderful work of creative tension that plays out in this book between the title character, called "Brother Hand," and his distracted sibling, Brother Sabre.

While the core struggle is not unique — at Marvel alone, aside from the aforementioned Jimmy Woo gag, Daredevil tried to do the same with the Hand, Bobby DaCosta gave it a shot with AIM, and so I on — what works well here is the relatable sibling dynamics here, thanks to this Gene Luen Yang script. Brother Sabre has a great thing with a necklace that serves as an internal arc for him in the story that's great. In formal wear, Shang-Chi wields the weapons of clandestine intelligence work, as well as he does his own deadly hands. The introduction of Steve Rogers to the narrative, chasing a loose Cosmic Cube, is a dynamic spectacle thanks to the sure-handed visual storytelling of Dike Ruan, Triona Farrell, and Travis Lanham.

The emotional resonance between these characters feels genuine, the action scenes feel organic in their development, the "giving you some Street Fighter" versus vibe is tight, and this book is a winner. RATING: BUY.

Shang-Chi #2
By Gene Luen Yang, Dike Ruan
SHANG-CHI VS. CAPTAIN AMERICA! There's a Cosmic Cube for sale, and everyone from Hydra to AIM to the Hand is ready to pay up for it. But Shang-Chi and his Five Weapons Society might outbid them! Unless a certain Star-Spangled Avenger has anything to say about it. Uh-oh … 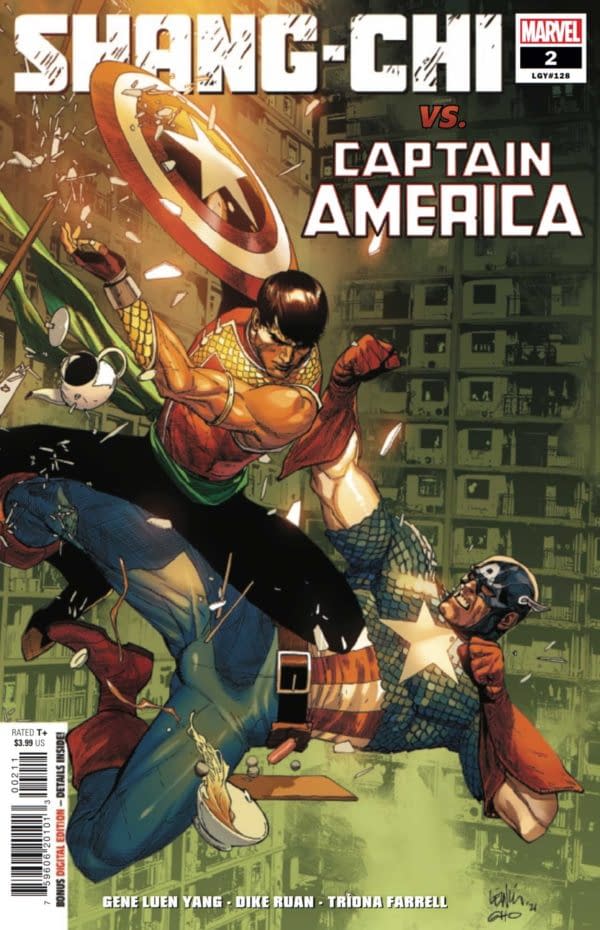 Review by Hannibal Tabu
8.5/10
Whether it’s two fists or billions of dollars, the deadly hands of kung-fu wield every element of this spy-scented story with skill and excellence.
Credits
Editor
Akira Yoshida, Darren Shan, Kat Gregorowicz

Inhumans leader Black Bolt responded to criticism that called his group "second-rate X-Men" and a "poor replacement to mutants" at a State of the Moon address on Friday.

Award-winning author and animal lover Brian Keene found himself under siege after speaking out against the viral word game, Wordle.