The 20th Century Studios film, Barbarian, directed and written by Zach Cregger, was a film that didn't give away much from its trailer, and it made the experience better by doing so. Starring Georgina Campbell, Bill Skarsgård, and Justin Long, this horror thriller found a home in the twisted comedic moments it included, with many thanks to a talented cast fit for the story they were in.

Going into the film with little to no expectations is the best way to go into it. Barbarian does an excellent job at setting the tone and filling moments with an eerie and unsettling silence. Those pieces of the film, along with the directing, point the audience towards moments of unique heart-pounding bouts of terror. While the film was tackling some of the real horrors of the world mixed into the story (such as sexual assault, female autonomy, and more), it didn't necessarily expand upon certain parts in a way that made complete sense or could be examined by those watching. As many points were hitting the mark, blending horror and comedy while doing so, not all moments did so well, which was a slight disappointment. Luckily it wasn't taking away from the film too much.

Barbarian had some terrifying first-person POV moments mixed into scenes in almost complete darkness. Those choices definitely ended up helping ramp up the unnerving feeling of dread in certain scenes. It was a truly fun ride meant for the horror and horror-comedy fans out there. The story had some gaps it should have filled in, but overall it wasn't too difficult to follow. However, it could use a second viewing to fully grasp any missed details. A truly fun horror-comedy filled with moments bursting with laughter at the absurdity to hitched breath from sudden dread. 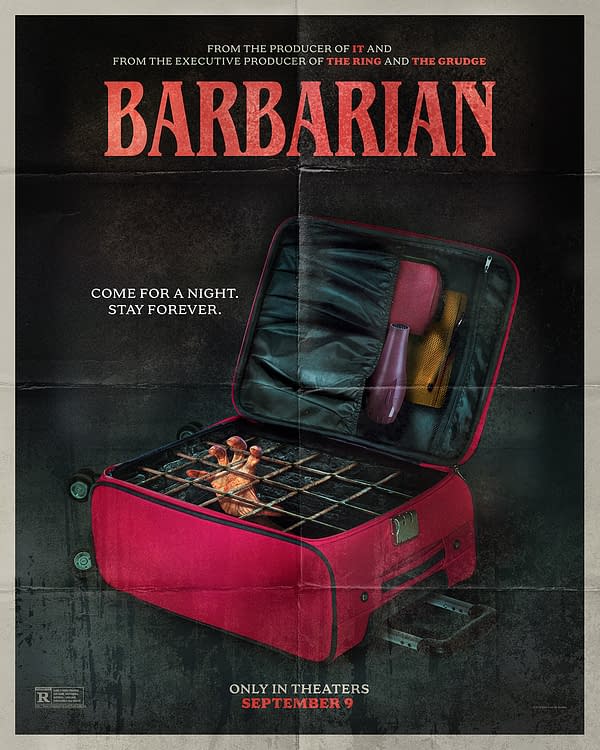 Review by Brittney Bender
8.5/10
Babarian is a thrilling exploration of horror-comedy filled with moments twisting and turning between laughter at the absurd and silent terror of dreading what waits beyond the darkness.

Yet another Stephen King adaptation is on the way, this one Billy Summers with JJ Abrams and Leonardo DiCaprio involved.