Old is the rare M. Night Shyamalan movie where he doesn't swing for the fences; instead, it is a mid-tier science fiction thriller with some interesting body horror moments and something moderately interesting moral quandaries at the end.

One could say a lot about Shyamalan [and many critics often do, including this one], but he usually makes an interesting project at the end of the day. Even if the movie is a failure of epic proportions, you can usually count on that failure to be worth talking about. That is the thing that makes Old an interesting film but also one of his bigger letdowns; it's really just fine. On a technical level, the movie is really good at what it sets out to do. The transition between the aging of the adults and the switching of actors for the children is well done. Despite the fact that they were shooting on a beach on location, there is great consistency of light. Despite the fact that our actors are rapidly aging, the world around them appears to normally move through a roughly 24 hour period.

The tension throughout Old is something that can be hard to keep going, considering the nature of the material. The rapid aging is most apparent with the children's characters, but the horror of what the adults are going through is much more subtle. This means that there are moments when the tension sort of deflates because there hasn't been a massive jump forward in time that would merit a makeup change or a new actor for the children's characters. The momentum can be hard to keep up with at times which isn't any real fault of the movie but the nature of the story itself. Unless you're talking about extreme things, and there are some of those, the inevitable passage of time is the antagonist of this movie. And while on an existential level that is horrifying, it's also not something that can translate well on screen. Most people don't die of illnesses that we can see; most people just die of old age or heart failure or something else like that. A person keeling over from a heart attack isn't cinematic, even if it is realistic.

Then there is the infamous ~*twist*~ that so many of Shyamalan's movies live and die by. For those of you that don't tend to like this form of filmmaking or storytelling, which is valid, the twist here is at least one worth thinking about. There is a moral question here instead of something tangible [to keep the spoilers to a minimum], which is probably the best way to go about it. This is less of a movie dealing with the "why" than asking what people would do if a beach like this existed, which is the right direction to go. The ending and its implications will spark an interesting discussion, but again, the antagonist of this movie is primarily the inevitable passage of time only sped up. This isn't very cinematic at the end of the day, and it makes it hard for Old to keep up with its two-hour and fifty-minute runtime.

Old is a story that makes sense for a graphic novel, but it just falls a little flat as a movie adaptation. It's held back from doing anything particularly gruesome or gory with the aging mechanic by both the story and the PG-13 rating. The story is slow-moving and would likely have made a much better short than a full-length feature presentation. It's Shyamalan making a movie that is just fine, which is odd for him. However, the fact that it is only okay makes for an interesting conversation about a filmmaker that is usually all over the place, plus any critique about what Shyamalan and everyone involved was trying to say by the end. 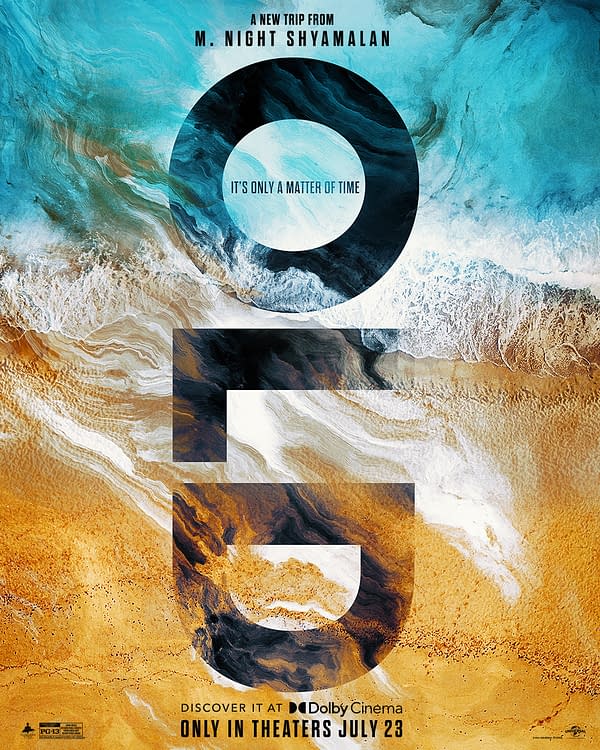 Review by Kaitlyn Booth
7/10
Old is the rare M. Night Shyamalan movie where he doesn't swing for the fences; instead, it is a mid-tier science fiction thriller with some interesting body horror moments and something moderately interesting moral quandaries at the end.

Sony Pictures has dated a new Karate Kid movie, and also shifted the release dates for Kraven the Hunter, Madame Web, and more.

Ravensburger & Disney Lorcana Were The Breakout Stars Of D23 Expo

Ravensburger and Disney Lorcana, the new Disney trading card game set to drop in fall 2023, were absolutely the breakout stars of the D23 Expo.