There have been 6 Mission: Impossible films starring Tom Cruise now, and they continue to be landmarks in action achievement and stunts. There is no possible way to argue that point [DON'T @ US].  Chrisopther McQuarrie's handling of the franchise also cannot be overstated.

First and foremost, I must say that Mission: Impossible- Rogue Nation has been my favorite of the MI franchise, and although Fallout can't really measure up, it's still good.

The 6th film in the reboot franchise picks up after the action of 5, Cruises' Ethan Hunt begins to experience the 'fallout' of his previous missions and assignments all leading towards the possibility of a nuclear attack that would take out 1/3 of the population. There all callbacks to previous films in the franchise, and the return of a notable character in Hunt's world.

Without spoilers, the film is almost too predictable. Motivations and twists are telegraphed in the beginning, to the point that when the thing is revealed later on, you almost say out loud "yes, and?"

The addition of Henry Cavill was a nice idea; the bathroom fight (with his reloadable arms) reminds us all that he's a born-and-bred action star, no matter how you feel about Justice League.  I will counter that his work in The Man From U.N.C.L.E. was a better highlight of this, though.  Was the mustache worth the CGI chin?  Mostly. 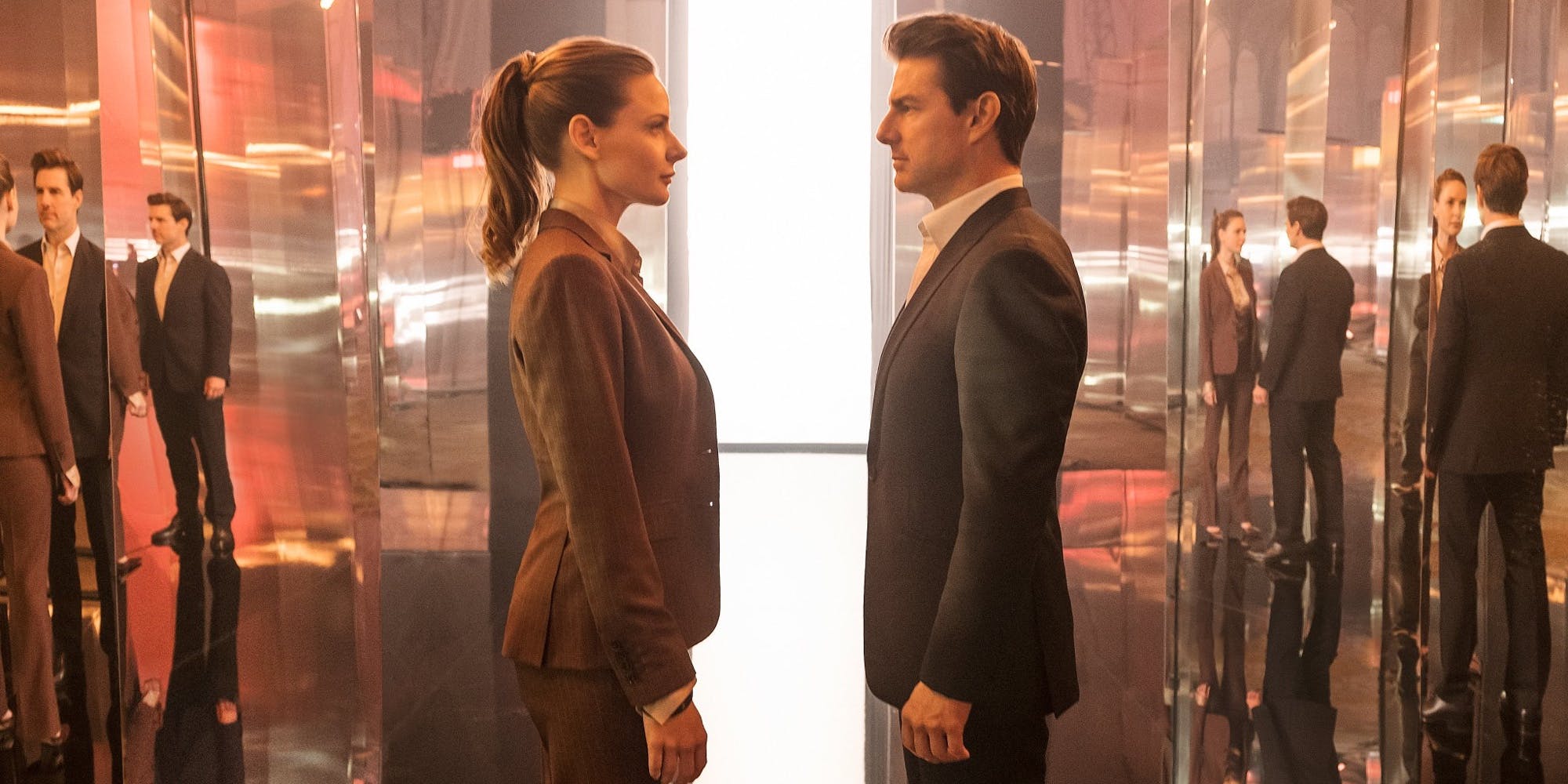 Rebecca Ferguson is still the greatest thing to happen to the series, and she is the highlight of Fallout for me, despite rather marginal use of her prowess.  (Seriously, her motorcycle awesomeness in Rogue Nation and character introduction will not be topped for awhile.)

Score: 4 out of 5, viewed in Dolby Atmos (seriously recommended for this flick), will see again

As I said above, the stunts alone are why we continue to flock to these flicks. Cruise is a master of the genre, he continues to redefine what an action star can and must be in this current age of silver screen creations. McQuarrie's vision and continual use of fantastic car chases and intriguing action sequences as always delight.

A pretty great performance from Alec Baldwin, like surprisingly so.

Again, another repeat of the same type of twists, perhaps teased too well in the beginning lead to less-than-optimal payouts further into the film. You don't really go into the MI films hoping for awe-inspiring stories, but every so often, they surprise you with the depth of plot. This doesn't really have that.

All in all, see it in a theater with a good sound system, it makes all the difference.

Bleeding Cool News Editor Mary Anne Butler (Mab, for short) has been part of the fast-paced world of journalism since she was 15, getting her start in album reviews and live concert coverage for a nationally published (print) music magazine. She eventually transitioned to online media, writing for such sites as UGO/IGN, ComicsOnline, Geek Magazine, Ace of Geeks, Aggressive Comix (where she is still Editor-in-Chief), and most recently Bleeding Cool.   Over the past 10 years, she’s built a presence at conventions across the globe as a cosplayer (occasionally), photographer (constantly), panelist and moderator (mostly), and reporter (always).    Interviews, reviews, observations, breaking news, and objective reporting are the name of the game for the founder of Harkonnen Knife Fight, a Dune-themed band with an international presence.    Though she be but little, she is fierce. #MabTheProfessional

Netflix Renews "Dead To Me" For a Second Season

While we're not sure what exactly they'll manage to do in a second season, we're thrilled to report that Netflix has renewed the Christina

New TV Spot for "The Lion King" Has Talkin' Animals

Despite our mixed reactions and reception to both the series finale of Game of Thrones and the upcoming Dark Phoenix film, we do rather like Sophie

Maybe fast cars aren't your thing, and that's totally fine- but this first trailer for the upcoming true story tale of Ford v Ferrari is everything we

Due to high demand, the Fathom Events release of Kevin Smith's Clerks 3 is adding four more dates worth of showings.

Funny Pages: A24 Takes On Image Comics In A New Trailer

Funny Pages is the latest movie from the A24 that goes on general release this week, about a young cartoonist finding his calling as a comic book creator.