I was talking to animator Jesse Norton after he showed me his comic about his friend Koga surviving the earthquake in Japan, and as we went over the latest news about the reactors in Fukushima Dai-Ichi, there wasn't a lot of good news there.

As the entire Northeastern sector of Japan faces a nuclear meltdown that could render the whole region uninhabitable, tens of thousands of displaced people are still in need of food, water and shelter and a death-toll that's probably in five figures, dangerous levels of radiation found in food supplies and tap water all the way south to Tokyo, I couldn't help thinking of this as the latest chapter in the story of Japan's messy relationship with nuclear power, and wondered how this was going to be processed in Japanese pop culture.

All the hopes, dreams, fears and anxieties of a culture tend to get expressed in its popular fiction, and the Japanese more than any other creators has a direct line to their subconscious.  Pop is the Aboriginal Dreamtime of developed countries.  It's how we know what their main preoccupations are.  Japan was, after all, the first country to ever get nuked – twice — back in World War II, and Japanese manga and anime have borne the scars of the nuclear nightmare ever since their inception after WWII.  Godzilla, or Gojira (his original name) was a metaphor for the devastation the atom bomb and the war brought.  A couple of decades later, the first nuclear power plants, designed by Western companies, were built in Japan and SF pop culture began to reflect a more benign relationship with atomic power – Godzilla became friendlier and the good guy in his movies by the 1970s, Mothra was portrayed as a guardian, and even Astro Boy, whose Japanese name is Tetsuwan Atom, is powered by a small nuclear reactor in his chest. 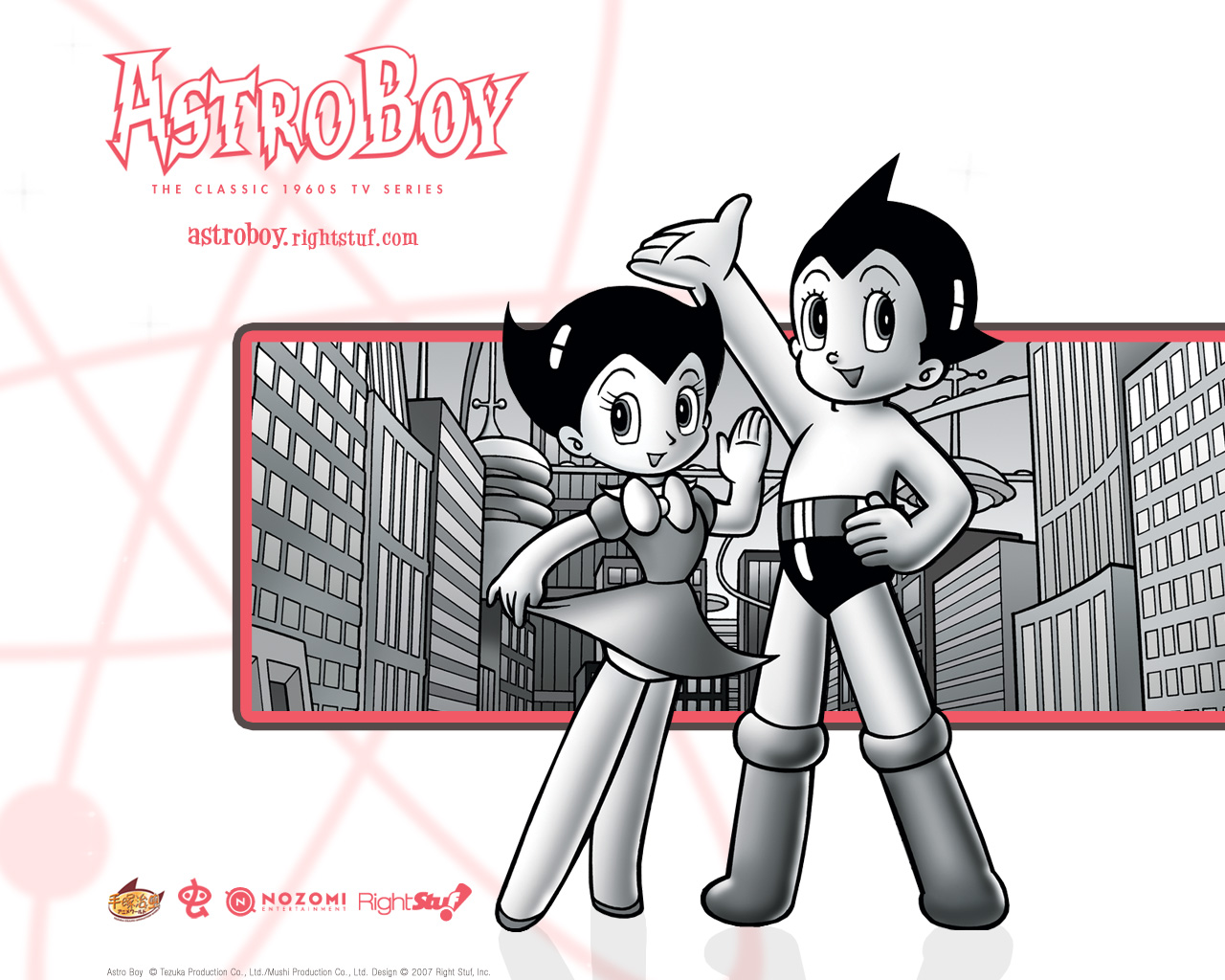 And yet for every good guy who was a metaphor for the benign side of nuclear power, there were nearly as many representations of the bad side, which revealed a deep ambivalence that never went away. There was BAREFOOT GEN (HADASHI NO GEN), Keiji Nakazawa's autobiographical manga about the Hiroshima bomb's impact and lasting legacy on him and his family.  The movie THE MAN WHO STOLE THE SUN (Taiyō o Nusunda Otoko) is considered a minor classic, touching on post-Sixties discontent and terrorism where a disgruntled chemist builds his own atom bomb to terrorise the government with his whimsical demands like demanding baseball games being shown without commercials or lifting the ban on the Rolling Stones so they can perform in Japan, all the while unaware that he's dying from radiation poisoning before the cops might even catch up with him.  There's no way to keep track of how many manga and anime series use the atom bomb as a backdrop or motivation to their stories, with radiation causing mutations to create either monsters or superpowered heroes.  In many ways, Otomo's AKIRA, both the manga and anime are the pinnacle of nuclear metaphor science fiction, though it certainly wasn't the last to do so.  Japanese pop fiction has continually flirted with the apocalypse, and I've often suspected this was because they got nuked in 1945, and that sense of Armageddon just lurking round the corner has never truly gone away from their psyche, and Fukushima seems to prove it once again. The earthquake and meltdown at Fukushima looks like a checklist of all the elements you're going to find in a Japanese science fiction story: a devastating quake that has killed thousands, a nuclear meltdown that's threatening to irradiate the entire Northeastern part of the country, heroic and doomed nuclear plant workers desperately working to cool the reactors to prevent catastrophe, food and water becoming dangerously radioactive, government and nuclear power officials downplaying and outright lying to the public about how dangerous the situation really is, with the CEOs of TEPCO increasingly proven as craven, greedy liars after the revelation that they always knew the plants would not be able to withstand a major quake and not doing anything to reinforce them, fears of cancer or mutations in babies and future generations.  Japanese genre fiction, especially in manga and anime, has always been full of callous and venal corporate bigwigs who value profit over the lives of workers or ordinary people.  Everything that's happening has happened in some novel, manga or anime in the last 20 years.  It's as if the storytellers had their fingers on the pulse all this time.  Everyone has just crossed their fingers hoping the worst would not happen, but now their luck has run out.

The Japanese are essentially humanist in their outlook and this is often seen in their stories.  They have to carry on, it's not like they have a choice there.  What I'm curious about is what kind of stories are they going to tell from this point on. The video game series DISASTER REPORT has just had its latest sequel cancelled in the wake of the current crisis since that game would not be considered escapism anymore.  I'm not saying ALL Japanese pop fiction deals with the nuclear issue, but let's face it, a fair chunk of their genre fiction is inevitably going to continue to do so.  I wonder what the lost generation, the young Japanese who grew up in the economic crash and don't feel anything is stable, is going to react to the current situation.  I wonder if the shut-ins, the hikkomori, will have their agoraphobia reinforced or if this might kick-start them into some kind of new activity.  Comforting escapist pop culture will be needed more than ever.  I wonder if manga and anime creators will be inspired to create more new dynamic stories or if they'll become more insular and retreat further into the moe girl fetish.  I suspect the basic tenet of Science Fiction won't change: series like ALIVE: THE FINAL EVOLUTION, NEON GENESIS EVANGELION, games like GOD EATER, PARASITE EVE and so on may not be about the nuclear holocaust directly, but the apocalypses they depict have always been allusions to nuclear destruction, and they are always about surviving and transcending it create a new world.  That is the inherent optimism and hope of Science Fiction.

I just wonder what's next.

It's still not too late to donate to the Red Cross, who can get essential supplies to Japan:

I also suggest donations to the Search Dog Foundation, who are being used to rescue earthquake survivors still being dug out:

Dreaming of monsters at lookitmoves@gmail.com

Follow the official LOOK!  IT MOVES! twitter feed at http://twitter.com/lookitmoves for thoughts and snark on media and pop culture,

stuff for future columns and stuff I may never spend a whole column writing about.

Teenage Mutant Ninja Turtles was created by Kevin Eastman and Peter Laird as a parody of Daredevil, incorporating the work of Frank Miller and company on