But it also raises another question…

Cowboy Bebop is a cool, jazzy space opera adventure about space bounty hunters in a future where humanity has spread across several galaxies and brought their vices and problems with them, including crime, corruption and greed. The Bebop is a ship that carries a band of bounty hunters who are perpetually broke as they chase jobs hunting fugitives, hanging out, barely able to stand each other and each running away from a past that threatens to catch up with them, especially for ex-gangster Spike Spiegel, whose former friend-turned-nemesis Vicious has risen in the ranks of the most dangerous triad gang and who has unfinished business with Spike. 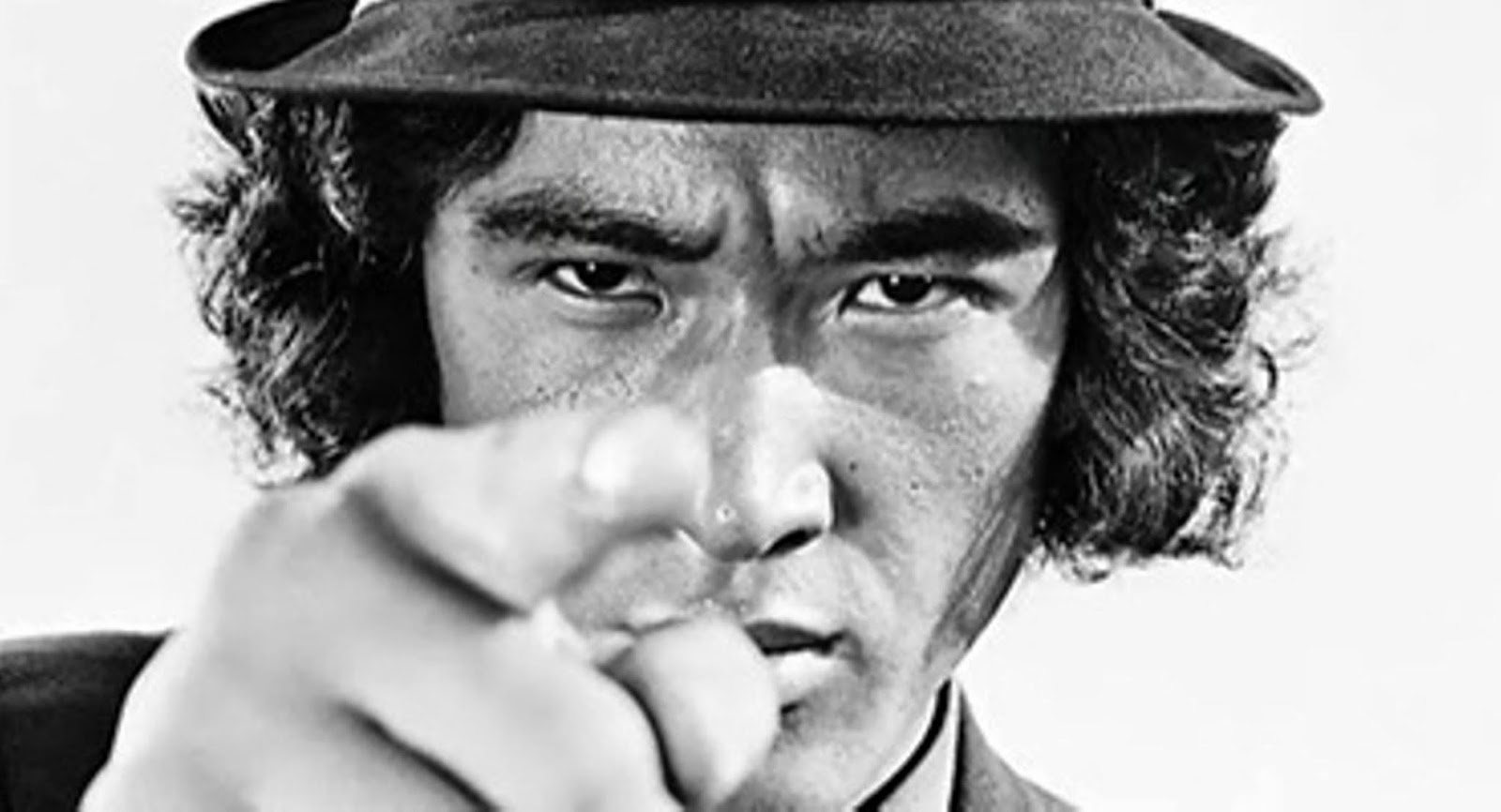 If you only watched the anime, you wouldn't necessarily think Spike Spiegel was Asian – until you hear that director Shinichiro Watanabe said Spike's marital arts prowess was inspired by Bruce Lee and his look was inspired by the late Yusaku Matsuda, a popular Japanese movie star from the 1980's who played cool detective tough guys and whose final role was as the Yakuza bad guy in Ridley Scott's Black Rain.

So it's good that the makers of the live-action remake cast an Asian-American to play Spike.

But then there's Faye Valentine…

Faye Valentine is a fun role for an actress: she's an amnesiac who was cryogenically frozen in the 21st Century and awakened in this far future with no memory of her old life or identity. Now she's a space-faring con artist looking for the big score that would pay off her horrendous debts, eventually becoming a bounty hunter because there's nothing else to do. "Faye Valentine" isn't even her real name, it's the one that was given to her when she was thawed out and couldn't remember her name.

And in the original anime, she was Asian.

In the last third of the original anime series, Faye finds a video recording she made when she was a child on Earth and finds out who she really was (SPOILER: she was just an ordinary person). What the video showed was that she grew up in Singapore – a Southeast Asian country that Westerners know very little about, and may have gotten to know a little more about it since Crazy Rich Asians was set there.

The show doesn't say it's Singapore outright, but it shows young Faye recording her video by the Merlion statue in Singapore. The Merlion is Singapore's official mascot and the statue is the country's most famous landmark. It's what movies and TV shows use to tell viewer's they're in Singapore… like using The Empire State Building to symbolize New York City.

That means she was Singaporean- so she's Chinese.

She's visually coded as a local, since when anime wants people to think a character is a white Westerner, they tend to give them blonde or red hair. Even in the 21st Century, there are very few Latino people in Singapore. In the video, she's seen with darker-skinned school friends. This being Singapore, they're probably Malay and Indian rather than Latino.

Personally, I'm fine with Pineda's casting. I've seen her before in the CW's The Vampire Diaries and I'm sure she's going to be a lot of fun to watch as Faye Valentine. It's good that a person of colour was cast, and a LatinX actor. On the other hand, did the producers of the show ignore the original ethnicity of the character and deprive an Asian or Asian-American actress of that role?

I'm not raising this question to knock the show or the producers. I just think that in the current climate where casting for diversity and representation is considered important, there are complications and questions to be asked. In an ideal world, race and ethnicity shouldn't matter and the best actor should get the role. But in this world, we have Latino and Asians still woefully under-represented in roles for movies and television, with Asian actors getting even less roles than Latino actors in Hollywood productions.

Did the producers of the upcoming Netflix series not notice/forget that Faye was Asian – or did they decide they didn't want another Asian regular after casting an Asian leading man?

I'm curious, since I've sat in development meetings where a (usually white) producer, writer, or executive said they didn't want more than one Asian regular in the main cast – while having no problem with having two or more white actors starring.

The Three-Body Problem is getting a second season in China, adapting Liu Cixin's The Dark Forest & a miniseries featuring cop hero Shi Qiang.

Yen Press will be publishing Rose Guns Days Sorrowful Cross Knife, the prequel to the original Rose Guns Days manga by Ryukishi07, creator of Higurashi When They Cry, with art by Tsuyoshi Takaki