Disney Plus and Marvel Studios' Loki episode 4 is an episode that is likely going to be one that a lot of people enjoy. In fact, this might be the strongest episode of the series so far, and it does an excellent job of show don't tell. We see Sylvie and Loki get saved, but they have an excellent conversation talking about what it means to be a Loki. However, the most effective part of the episode is the opening scene when we see a flashback to a young Sylvie's life. There have been a lot of debates online whether or not Sylvie is the Enchantress, but unless this flashback is somehow not true, which is weird since it isn't Sylvie describing her life to Loki in any way, so it isn't presented as an unreliable narrator, then she really is a variant of Loki. We see her on Asgard and everything. Sylvie remains the MVP of the entire series. While Sophia Di Martino might be playing a Loki variant, she is very much making this role her own, and the show is so much better for it. She is both vulnerable while also seeming like she is one step ahead of everyone around her at all times. There is a fantastic scene between her and Hunter B-15 that is one of the most moving scenes in the entire series so far.

The way we see Loki learn some more about how himself through a conveniently placed time loop and a great cameo from a former Thor character is one of those show don't tell moments that makes writers giggle. It's very obvious what they are setting up and the lesson they want Loki to learn in this scene, but it's just very well done. We also get the return of the Loki and Mobius bromance, which is also one of the highlights of the series. Owen Wilson continues to be a ton of fun in this role, and we get to see a different side of him here. Loki and Sylvie are both planting the seeds of doubt in the TVA, and seeing Mobius grapple with the fact that he could have been lied to and that the organization he dedicated his life to might not be on the up and up is an excellent scene. Mobius cares about the timeline, and protecting it is his goal, but he also cares about the various Hunters and even the two Loki's to varying degrees. He might be a bureaucrat, but they do a good job of showing that he hasn't been blinded by all the red tape.

While everyone might be doing a great job here, the star of episode 4 is by far Judge Ravonna Renslayer for very spoilery reasons. She is shaping up to be the character that will be the most interesting to explore in the later episodes, and it's looking like they are potentially doing something really interesting with her if the reveal at the end of this episode is anything to go by. Gugu Mbatha-Raw is literally amazing in everything that she is in, but this is a character we haven't seen much of before this episode. At the moment, her motivations are a lot foggier than everyone else's, so it's going to be fun exploring what is going to happen with her in the latter episodes of the series.

The episode ends on what could have been a hell of a cliffhanger, but there is a mid-credit scene that answers one question and opens the door for so many others. Loki has so far not really been a series that embraces the weird yet, but if that mid-credit scene is anything to go by, this series is about to go off the rails in a very good way. The fourth episode does a good job of teasing that off-the-rails feeling in the final moments of the episode, and it's going to be really interesting to see where they go from here. We only have two episodes left, so let's see if this series, unlike WandaVision and The Falcon and the Winter Soldier to different degrees, can actually stick the landing. With four episodes down, the series has been able to sew together a number of narrative threads together in some pretty masterful ways, but it's how the final tapestry looks that will sink or swim Marvel Studios and Disney Plus' latest efforts. 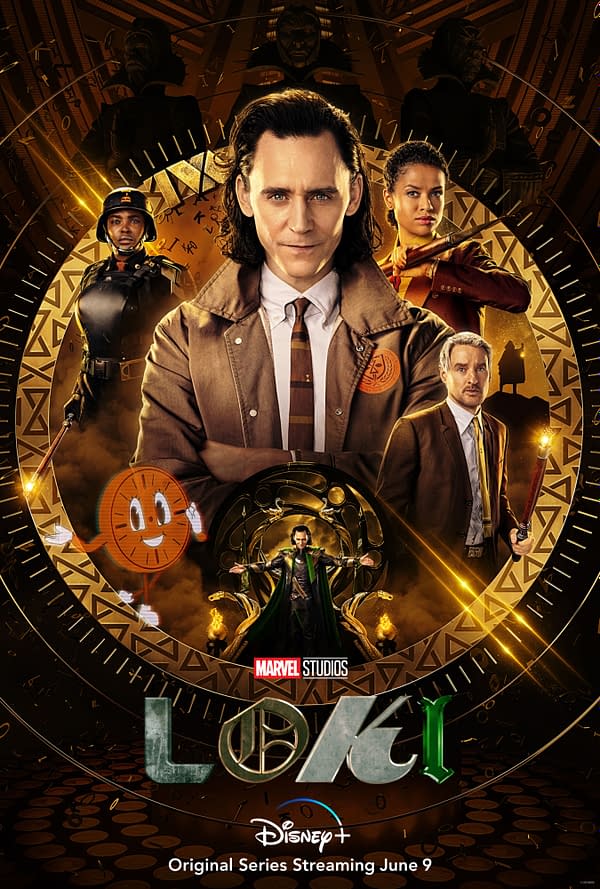 Review by Kaitlyn Booth
9 out of 10
Loki episode four does an excellent job of moving the various characters forward while teasing some truly insane things for the final two episodes.