This week's episode of Freeform's Motherland: Fort Salem begins bringing us close to the edge and the feeling that war is about to start is closer than ever. Due to a little family emergency I was out of the country and unable to watch during this period. It really is fascinating how rights seem to work in other countries and then you are unable to find the channel you are searching for. However, after binging the last two episodes it seems the pace has slowed down a bit… at least until the end.

In the previous episode, "The Price of Work", The team runs into the Cession to hide from society for a bit, while the Camarilla zooms in on the Mycelium to poison it and target the witches as they have discovered it seems to be the root of their powers. Though my favorite part of this second episode this season was the President making her stance clear: she does not agree with the VP and swears to protect all citizens' rights, witches included.

Things start falling apart as Scylla (Amalia Holm) discovers the reason why Raelle (Taylor Hickson) is not feeling well is because of her connection to the Mycelium and that it is being poisoned. Unfortunately, she was too late and Raelle was being absorbed by the earth by the time Scylla came back from gathering intel from Anacostia (Demetria McKinney. Now they all have to look for Raelle and Khalida (Kylee Brown) who have also gone missing; all while the Cession Marshals start hunting them all down.

Well, if we have learned anything is that this team seems to not know how to work well together. With Khalida and Adil (Tony Giroux) seeming to hide something from Abigal (Ashley Nicole Williams), Abigal always straying from the plan simply because she is bored, Nicte (Kandyce McClure) always challenging whatever one of the others says, and Tally (Jessica Sutton) just looking lost— it really seems like they are all on edge. Though at the same time, pretty realistic in a way as I imagine I would be a cranky mess if I had to be on the run not being quite able to handle all the different emotions.

The Marshals seem to be on their toes and appearing at every turn. They separate and they continue finding Scylla and Nicte— they later discover they are being traced by speech and after getting fed up with one another and starting a fight, they get caught. On their end, Abigail, Adil, and Tally use her powers to see into the future and find Khalida. At the bar, they realize she is actually with Alder (Lyne Renee), which takes Tally for a loop. However, they realize shortly after that the singer in the bar is actually a witch manipulating crowd with her singing. Which suddenly takes another turn soon and the Marshals catch up to the witches. Though there seems to be more about the Marshals as they uncuff the girls once they are in a safe spot and just let them be. I wonder what is the real deal behind their behavior.

That said, the President has become the number one target after her display of support toward the witches and plans to out her VP as she finds out he is working with Camarilla. This bit of hope does not last long as there is an explosion before her address to the country and it seems she might have been killed. This seems like the perfect point to pick up the pace and start moving toward a war if that is where this is all inevitably heading. I hope this means the pace will soon be picking up as well and that we start getting answers as Freeform's Motherland: Fort Salem nears its end. 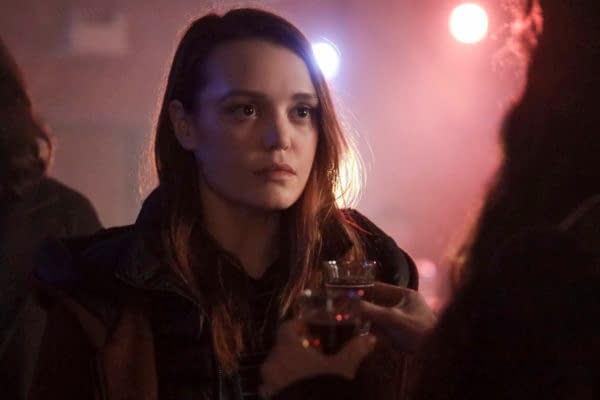 Review by Alejandra Bodden
7.5/10
Freeform's Motherland: Fort Salem S03E03 brought us even closer to the brink of war as all sides made some explosive moves this week.

With the second season of the popular anime set to hit screens in 2023, Crunchyroll shared new key art for the return of Jujutsu Kaisen.

What We Do in the Shadows S04E10 Review: The More Things Don't Change

In the fourth season finale of FX's What We Do in the Shadows, Colin grows up, Nadja gives up, and Guillermo makes a game-changing decision.

My Hero Academia S06 Trailer: Training's Over, Now It's Time For War

With the anime returning on October 1st, the newest trailer for My Hero Academia Season 6 previews the biggest heroes/villains war yet.

What We Do in the Shadows S04E09: Something Toxic This Way Comes

Freeform's Motherland: Fort Salem series finale "Revolution Part 2" arrived this week, and with it, the ending of a very wonderful journey.

As promised, Amazon's The Boys released an official Season 3 bloopers reel (that more than a few Jensen Ackles fans had been asking for).

ABC's The Rookie showrunner Alexi Hawley discusses the impact that season-opening "Chenford" twist and shocking discovery will have.

Steven Moffat addressed the rumblings about a return to Doctor Who as either showrunner or writer; says RTD's scripts are "fantastic."