The comic was kickstartered last year, which means we get to find out a lot more about it… 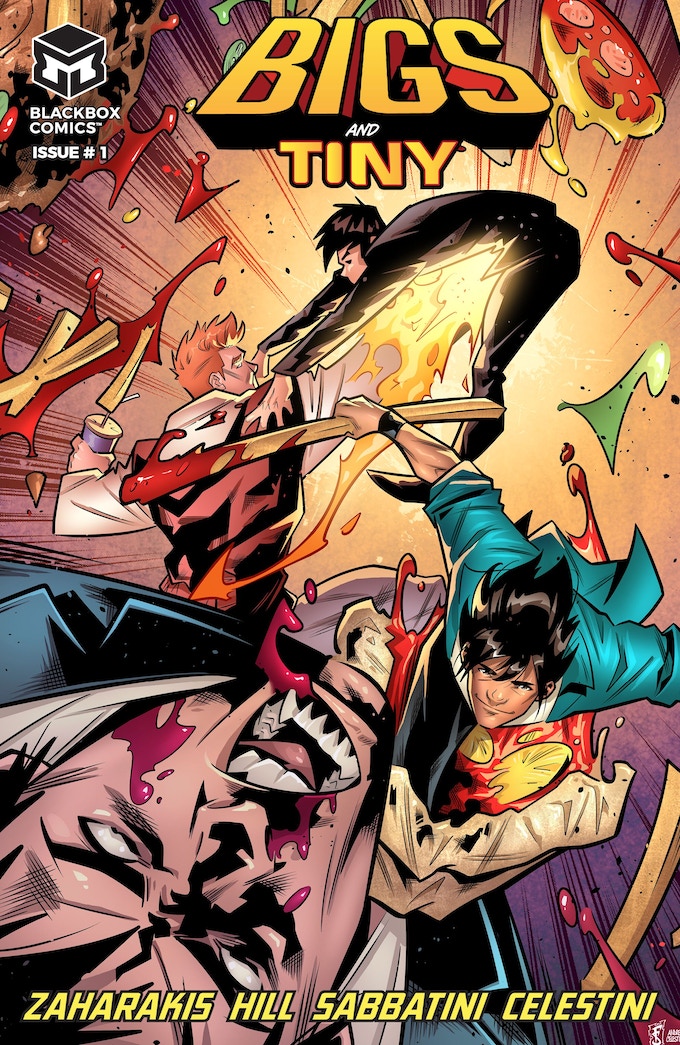 Abilities – Super strength – Compacts and Condenses; a key factor in his strength – the smaller he becomes the stronger he is.

Average strength for a 6'5 athlete… but after his powers manifest, his brain starts producing millions of neural connections each second.  With this increased brain activity he understands how to create "natural super powers" such as producing electricity in burst when he strikes – lighting punches and kicks, he can also create combustion attacks – produce enough acetone that a spark could be produced.

BIGS AND TINY #1 (MR)
APR201708
(W) Dimitrios Zaharakis, Ramel Hill (A/CA) Frederico Sabbatini
A comedic duo, on the hunt for answers to their newfound super powers, unravel the mystery of a seedy underworld of criminal activity in the heart of New York.
In Shops: Jun 24, 2020
SRP: $3.99