Last week in Thor #4 we saw a new individual able to lift Mjolnir's hammer, Thor's step-brother Loki – though this may be as a result of taking over the helm of Odin, and mastering the magicks that enchanted the hammer in the first place. 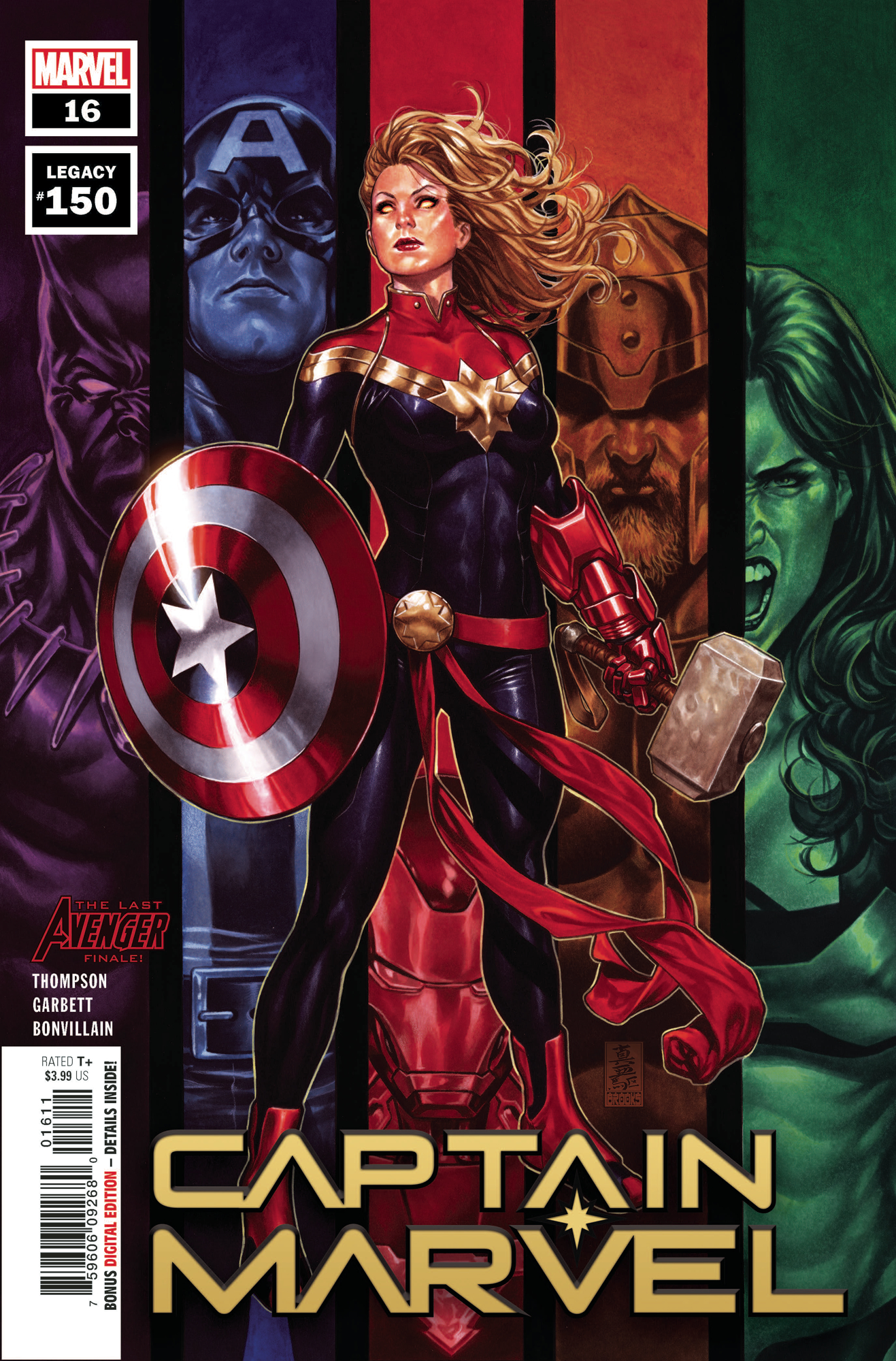 Today, as teased on the cover, Carol Danvers, Captain Marvel, does get to be the latest to wield the hammer. Though she does have to ask nicely.

And Thor himself has to be willing to let his hammer go.

And suddenly her battle against Voz Supreme goes in a very different direction.

But is this right? Given what Carol Danvers has done, especially during the events of Civil War II, is she worthy to wield the hammer, as inscribed on its side? Well, no, no she isn't. It's only because she is channelling physical attributes of Thor himself that she is able to do so. And once she expunges those, using the powers of Binary…

It falls to the floor. So this isn't a proper wielding of the hammer due to worthiness, it's closer to when Supreme Commander Steve Rogers changed the spell to allow him to pick it up, or when Red Hulk used a lack of gravity in space to do similar…

"THE LAST AVENGER" CONCLUSION!
It's all come down to Captain Marvel versus Vox Supreme! Since discovering her Kree heritage, Carol Danvers has struggled to reconcile her human and her alien sides. Now she must fight for both – or lose everything. But Earth's Mightiest Hero has a new plan…will the power of the Avengers be enough to save the world?
Rated T+ In Shops: Mar 18, 2020 SRP: $3.99

Captain Marvel #16 is out today from Marvel Comics… I bought mine from the still-very-open Piranha Comics in Kingston-Upon-Thames. Piranha Comics is a small south London comic store chain with a small south-east store in Kingston-Upon Thames's market centre, which runs Magic The Gathering nights on Fridays, and a larger south-west store in Bromley, which also runs Magic nights and has an extensive back issue collection and online store. If you are in the neighbourhood, check them out.