When it was announced, Doomsday Clock, the unauthorised sequel to Watchmen by Geoff Johns and Gary Frank, was also a crossover with the DC Universe. Specifically the very-near-ahead DC Universe, the plan was that as the story reached its conclusion, that the events of Doomsday Clock would marry up with the DC Comics Universe then being published/ Then, as a result of poor communication, delay, and other creators' wished, that didn't happen. Bleeding Cool ran a listicle of problems with that but it was fairly tip-of-the-iceberg.

Today, addressing comic book retailers on Facebook, DC Publisher Dan DiDio talked about a number of matters (and you can catch up with them all with this handy tag). Including whether or not Doomsday Clock would line up with his new DC Comics Timeline… or not. And the answer is… not completely.

"The schedule on Doomsday Clock made it very difficult to align a lot of product into it. You'll see a reflection of Doomsday Clock on the timeline. A lot of what's on the timeline has been driven by story beats that came out Doomsday Clock. It is truly affecting the line in that fashion. It doesn't line up completely, but the sensibility, the purpose, the introduction of the JSA, the introduction of the Legion of Super-Heroes; those are key aspects of what the timeline is. Once you'll see it on paper, it'll all make sense."

Yeah, these guys are going to be dead, aren't they? 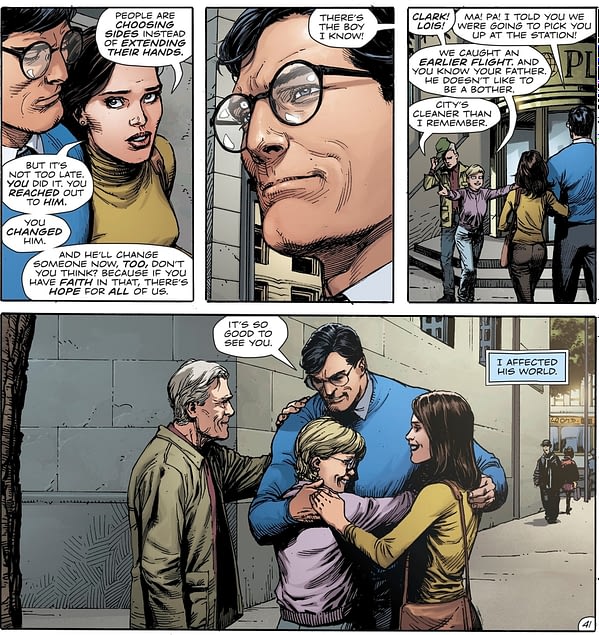