If you ever found Naruto annoying and tedious, The Flash #775 gives you a chance to find Wally West even less charming and more grating. With guest appearances from Superman, Mister Terrific, and a big bad menacing the televised Stargirl — which all sounds like it'd be a big deal, but it's not — this issue goes a long way for very little reward at the end.

A strange glaive with an odd energy signature has crash-landed into a city street and become inextricably embedded, blocking traffic and causing an upset. The Flash calls in Mister Terrific and Superman, but no one can seem to get it to budge from its spot in the middle of the lane. Likewise, suddenly everyone starts to be testy with Wally's easygoing, carefree manner. If you've got a decent sense of DC comics history (or, again, are already watching Courtney Whitmore on TV), you know exactly what is on the way and why this is happening.

This Jeremy Adams script not only ended poorly but stumbled along the way with Wally West understanding very little about what was happening around him and not actually overcoming any challenges he faced. You surely can't lay any of the blame at the feet of Fernando Pasarin, Matt Ryan, Jeromy Cox, or Steve Wands, who turn in a book that looks as good as anything on the stands.

The sheer unlikability of Wally West, combined with being bad at his job of being a hero and the exhausting ending, leaves a book that should have stopped before it started. RATING: NO. JUST … NO.

Hunt for the glaive! When a mysterious glaive crash-lands in the middle of Central City, the Flash must race against time to stop its ill effects, all while keeping an army of super-villains from obtaining this unknown and sinister cosmic prize. 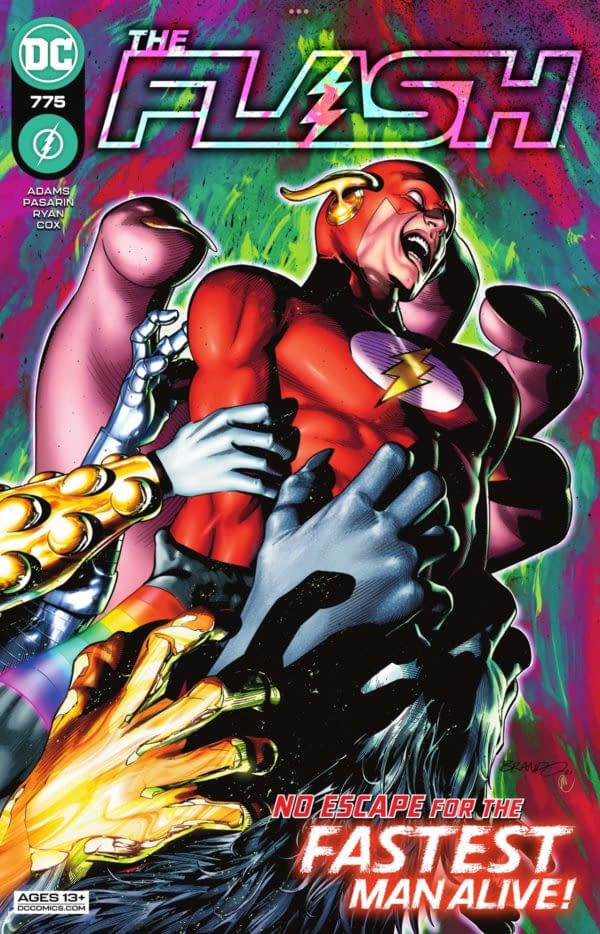 Review by Hannibal Tabu
5/10
Have you ever found Wally West annoying? Well, you’re not alone in this issue that does not have him putting his best foot forward.
Credits
Editors
Mike Cotton, Bixie Mathieu

Marvel Writing Conan Out Of Continuity In Savage Avengers #1?

Last week, Bleeding Cool scooped the news from Lake Como Comic Art Festival that Marvel was to lose the licence to Conan The Barbarian in the US,

The company Stan Lee Universe, LLC, controlled by Genius Brands International with POW! Entertainment, has signed a 20-year deal to license the name and