With the kind of bombast that really came of age during the tail end of the halcyon cold war era, G.I. Joe: Saturday Morning Adventures #2 throws you into the deep end of almost ridiculous levels of adventure.

The high edgelord of bombast, Cobra Commander, has acquired Aladdin's Lamp and the genie within. Yes, this is already ridiculous, but in a good way. Instead of simply wishing for what he really wants, he uses his first wish to make kaiju-sized Battle Android Troopers to attack Paris, Tokyo, and Washington DC. Sure, why not? The issue takes place as the Joe team struggles to adapt to his magically enhanced threats. At the same time, the genie tries to trick Cobra Commander into wasting his wishes, and his entourage (like Destro and the Baroness) kibbutzes on the sidelines.

Writer Erik Burnham has a fantastic command of the animated style, from voices to making wild plots seem ordinary for the players involved. Dan Schoening, Luis Antonio Delgado, and Neil Uyetake present a visual tableau that's so reminiscent of the classic cartoon style that it will make you think there's an A.W.E. Striker commercial coming soon.

This won't sweep the Eisner Awards any time soon, but it's fun, goofy entertainment that will tickle the taint of nostalgia fans but good. RATING: HONORABLE MENTION.

G.I. Joe: Saturday Morning Adventures #2
By Erik Burnham, Dan Schering
Cobra strikes! Paris, Tokyo, and Washington, D.C. are attacked by MegaB.A.T.s, and G.I. Joe is there to fight them! But will the Joe team be enough to stop the extra-large androids from wreaking havoc in these three capital cities? And is there more to the fiendish Cobra Commander's plans than simple destruction? Find out in 'Three Heads of the Serpent', the second chapter in this extension of the classic animated adventures of G.I. Joe! YO JOE! 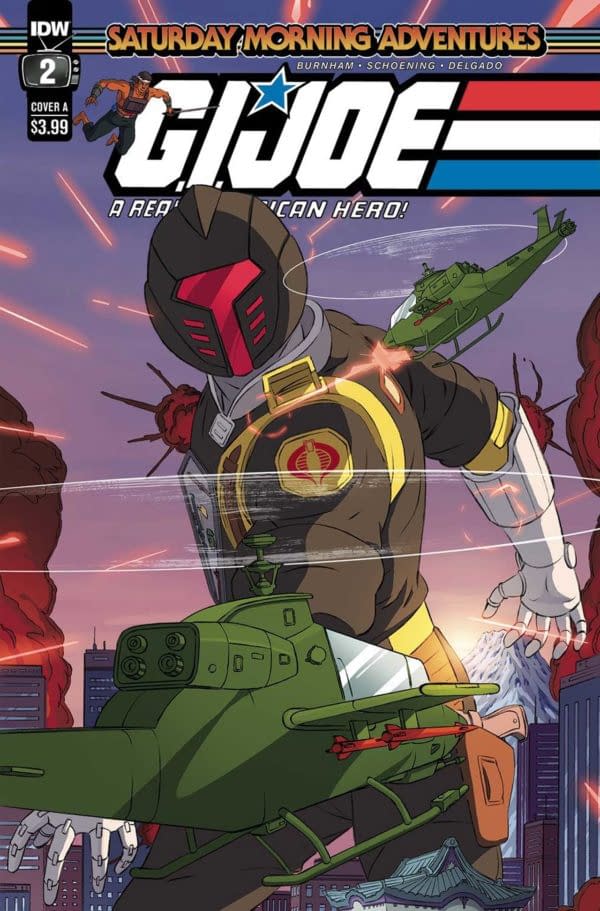 Review by Hannibal Tabu
7/10
Cobra Commander has a genie on his side, and what he decides to do with the magic will surprise you and the G.I. Joe team as well.
Credits
Editors
Tom Waltz, Megan Brown

Taking a peek into the future with Flash One Minute War with Jai West and the Gold Beetle, from DC Comics.

It's Grant Morrison's birthday - which includes a present to us all courtesy of Liam Sharp, but might James Gunn have something to add to the mix with a DCU announcement?