We've been tracking the changes to Shazam by Geoff Johns and Dale Eaglesham, as the series got later and later, was then rescheduled to come out every two weeks, but then that schedule began to slip week by week as well.

And now Shazam! #7 has slipped from eleven weeks late to twelve weeks late, for the 4th of September. But none of the others have had their schedule changed. So, as it stands that means Shazam! #8 comes out one week after Shazam! #7, on the 11th of September. 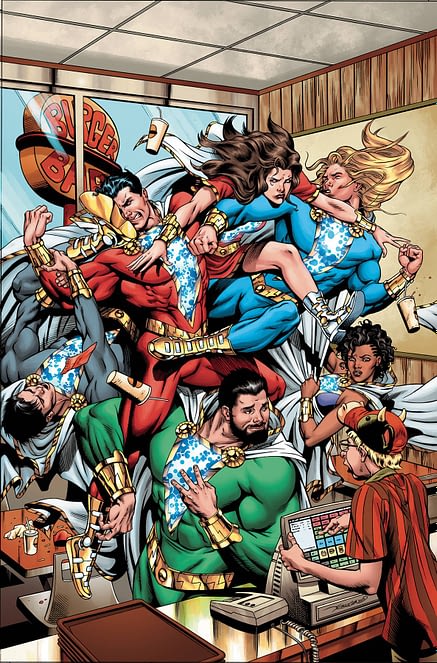