Watch for the circular high-in-the-sky booth sign for Red 5 Comics, at Booth 1717 at San Diego Comic-Con in a couple of weeks or so, as the publisher debut a number of new titles coming out for us mere mortals later in the year… and you can keep an eye on other SDCC exclusives with this handy tag. 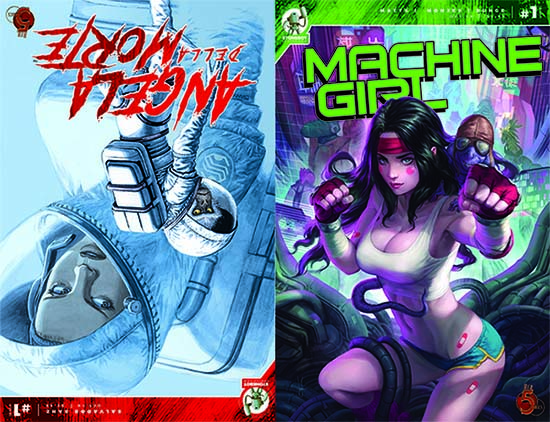 Red 5 Comics and Stonebot previews its newest series' exclusively at San Diego Comic Con!  Angela Della Morte and Machine Girl will premiere in September but you can see them now in this limited run flip-book ashcan edition. 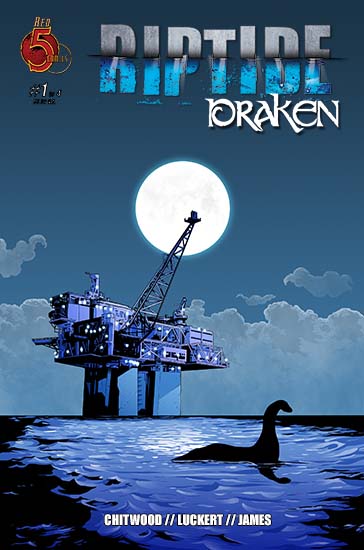 In 2018 Riptide premiered at San Diego Comic Con before becoming the sensation of the fall and selling out at stores nationwide.  This year Riptide 2 will premiere at San Diego again in this limited edition preview of the first issue of the new series – Riptide: Draken! 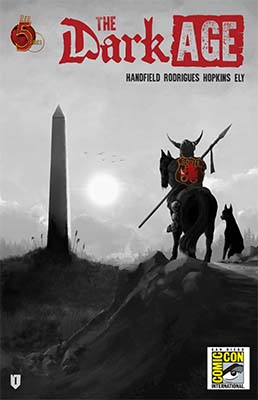 Celebrate the release of The Dark Age #1 with this San Diego exclusive cover for issue #1. 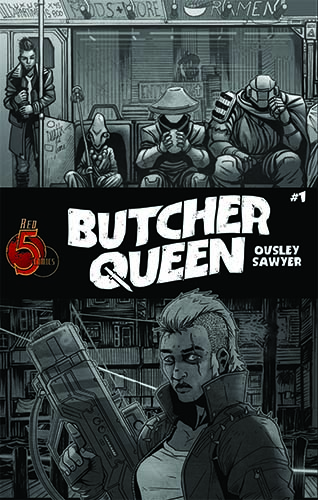 Get your first look at Butcher Queen #1 in this San Diego ashcan!  Enter the world of Black Star City and fugitive cop-turned-mercenary Syd Kiowa.