When the announcement came out last year that we'd be getting a brand new Teenage Mutant Ninja Turtles arcade game, we were simply in awe. Many of us who grew up in the late '80s and early '90s vividly remember the original cartoon series, the action figures, the merch, the deal with Pizza Hut, the Coming Out Of Their Shells Cassette and Tour (which I actually went to), and more. But you can't talk about TMNT at that time without talking about the video games, especially the arcade titles like Turtles In Time where you and three friends could blow $10 each on a couple of hours of four-player action at an arcade. Dotemu along with developer Tribute Games got together with the current rights owner Nickelodeon and put together what essentially is a love letter to that era of the franchise with Teenage Mutant Ninja Turtles: Shredder's Revenge. But how does this new version stack up to arcade games of old? We grabbed four controllers with friends, ordered a large pizza, and cried out "Turtle Power!" to review the game.

For those of you who haven't seen this yet, Shredder's Revenge is a callback to the classic group arcade titles where four players could get together and take on the challenge at hand, while also serving as a tribute to the original 1989 Teenage Mutant Ninja Turtles and the 1991 Turtles In Time arcade titles, both produced by Konami. The premise is pretty simple as The Shredder has come back and is looking to cause chaos everywhere he can, from the streets of '90s New York City all the way to Dimension X. All four turtles (Leonardo, Donatello, Michaelangelo, and Raphael) jump into action to stop his plot, along with some help from a few friends, as they take on enemies of all kind in this side-scrolling beat'em up. You'll fight your way through sixteen levels of increasing difficulty until you get to the main baddie himself, who is looking to make turtle soup out of you all.

The crux of the game's appeal is in the gameplay as you have the ability to control any of the four turtles, their master Splinter, reporter April O'Neil, or sports-loving vigilante Casey Jones. Up to six players can jump into a game at once, giving you a unique experience in which you not only have a tactical advantage, you stand a greater chance of surviving waves for Foot Clan robots and the mutant/alien bosses found on every level. Unlike arcade titles that were designed to be unfair to beat without help, and would still drain your pocket of quarters so that they made a ton of cash, the game plays fair to a degree in that you have the ability to chain attacks, dodge hazards, and build up a meter for a super attack. Everyone has their own set of moves that you can bust out that feel specific and original to that character based on their weapons and fighting style. So while there are several similarities in moves, whenever you play Leo he plays like Leo, while Raph, Don, and Mikey are all distinct as well. Not to mention everyone has their own personality wrapped into the mix.

To say this game is a tribute is an understatement as you have a callback to practically every Teenage Mutant Ninja Turtles game ever made. Everything from picking up pizzas for health, to falling down sewer holes, to tossing enemies at the screen harkens to one title or another. Even small easter eggs like the level designs that look distinctly like old locations or finding side characters is a treat. But it isn't all copy-cat nostalgia as they have created their own levels, such as one where you fight at a zoo and need to dodge stampeding animals, or battling it out in a shopping mall with its own arcade. The music feels like a character as well as there's a mix between remixed classic songs, new digital tunes, and even a few original songs thrown into the mix from Ghostface Killah and Raekwon, as well as Mike Patton from Faith No More singing the main theme. It never feels stale and tends to pump you up in the middle of a fight. Or at the very least, some of the lyrics will get a laugh out of you.

The game isn't without issues, however, as you're kind of stuck doing two specific kinds of levels where you're either walking around beating up enemies, or fighting on powered skateboards where you basically do the same thing only faster. It would have been nice if they threw in a change of pace once in a while instead of staying conformed to this kind of fighting. It gets repetitive but is saved by the visuals. There are only two game modes to choose from as you have the main story mode, or you can try your hand at the classic arcade version with limited lives and checkpoints and no saves. It would have been nice to have a boss rush mode or something else thrown into the mix for a challenge without starting from scratch. You can play single-player, however, the difficulty is only lowered a bit and still poses a challenge that will have you respawning about as often.

Overall, Teenage Mutant Ninja Turtles: Shredder's Revenge is an amazing game. It delivers in all the right ways and provides players a chance to game with their friends casually without having to dedicate several hours to one single task. It makes for a great party game in-person or just something fun to do online with co-op. It isn't perfect, there's room for improvement, which for all we know we might get in the form of updates and DLC. But those flaws can easily be overlooked just from the fun we were having. At no point in time was I bored, stressed, or angered at something in the game. In fact, this made me feel like I was a kid again, hammering away at the attack buttons on Turtles In Time at a Pizza Hut waiting for my free Book It! pizza. It's a perfect tribute and an original title from people who know how to do beat'em up titles. It's well worth your time to come out of your shell and play something fun and ridiculous with friends. 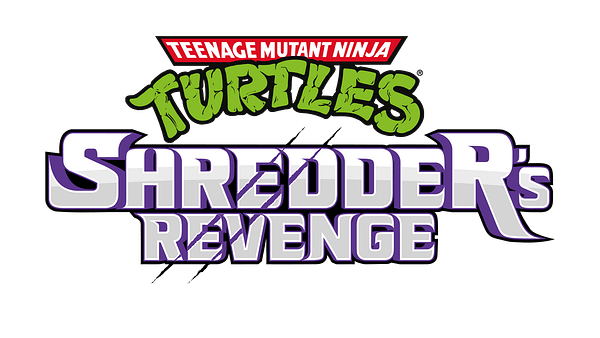 Coca-Cola Creations has released one more innovative flavor for 2022 as you can soon get your hands on Coca-Cola: DreamWorld.

DON'T NOD Entertainment has released a new video for Gerda: A Flame In Winter this week, showing off more of the gameplay.

Dragon Ball Super CG Value Watch: Cross Spirits in August 2022 notes that the Super Rares and Special Rares are having a major shake-up.

Pokémon TCG Japan's next set Incandescent Arcana will give the Ultra Rare treatment to the Fire-type Dragon of Unova, with Reshiram V.