Jungle Cruise has a lot going for it, and as a film based on a Disney Parks ride, fans will gobble it up. Yet, by the time you leave the theater or hit the back button on your remote, you pretty much forget what you watched. And in that, the film fails its namesake in the worst way possible.

Jungle Cruise is a modern Disney live-action film through and through. There is a lot of action, with the actors joking throughout all of it, and while that can be fun, it certainly feels very been there, done that. The only reason it is entertaining at all is a testament to the work of Emily Blunt and Dwayne Johnson. They don't play well off each other at the beginning, but like a real friendship, it builds really well over time and the course of the adventure. Johnson is his usual charming self, and the start of the film will have fans of the ride in stitches.

But the fun is weighed down heavily by the feeling of having seen all this before. Within the first 20 minutes, we think of The Mummy, all of the Pirates of the Caribbean films, and even a subtle hint to Dwayne's film The Rundown if you can believe it. As the minute's tick by, there is very little original going on, which is not a bad thing; director Jaume Collet-Serra knows how to get an action scene on screen and hold our attention; I just wish he was able to cut loose and do his own thing more. I watched this at home, not in the theater, but none of the action felt like it needed to be seen on the biggest screen possible to be appreciated, and that is a problem.

The supporting cast is also hit and miss. I was not a giant fan of Jack Whitehall in this one, and I am not really sure what the point of his character being around is. He feels like on giant gay cliche to me. Not his fault, but I was expecting more. Jesse Plemons is one of the most intriguing characters in any film this year so far. Holy cow, does this come out of nowhere. It doesn't matter if he is effortlessly taking out underlings or doing whole monologues in German with a deranged look on his face; he certainly seems to be having a good time.

I just wish we were having as much fun. The film ended, and within a half-hour, most of what had happened in the film besides the Johnson and Blunt banter had faded away. Jungle Cruise is fun while you are taking it in, but once the credits end, you would be hard-pressed to really think about or care about it ever again, and that could not be further from the ride itself. 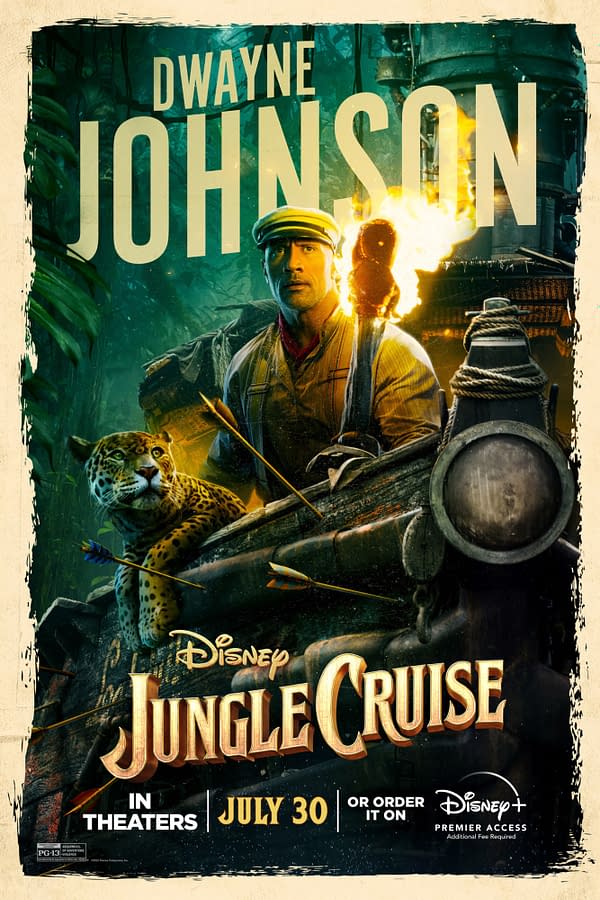 Review by Jeremy Konrad
6.5/10
While Emily Blunt and Dwayne Johnson have great chemistry and entertaining in parts, ultimately Jungle Cruise fails because of a feeling of having seen too many films like it before. It is entirely forgettable, unlike its namesake ride.
Credits
Jeremy Konrad