Greetings, comrades! It is I, your El Presidente, and it may shock you to learn this, but when you gather a bunch of people in an empty hotel with hopes of finding true love with a Jersey Shore guido, there's a chance that some hearts could be broken. Haw haw haw haw! It's my Double Shot at Love review, comrades!

Double Shot at Love Season 3 Episode 11 "Mom's Cutlets and Nino's Antics" started off innocently enough, with Vinny's mom Paula cooking an entire Italian Sunday dinner and shipping it to Arizona since she couldn't come in person to meet Vinny's five remaining potential future wives. While Vinny and his suitors played with puppies, Pauly D set up a dinner with Paula over Zoom.

At the dinner, Paula grilled the women. She even asked KP what was up with her eyebrow, though it still remains a mystery to me, comrades, because whatever she answered was cut from the airing. Paula did take a liking to Akeilia, mostly because, as a nurse, she is the only one of the girls with a job Paula found acceptable. She also got along with Peachy. Paula did not like KP, who she told Vinny did not seem like his type. With a mama's boy like Vinny, this was the kiss of death for KP.

But before eliminations, Pauly D had another surprise: he invited Uncle Nino to visit, which Vinny did not appreciate. Uncle Nino got his time to hit on the women and then they played a game where he read from cue cards and the girls did their best to understand what he was saying. In the end, Nino also voted for Peachy and didn't like KP.

KP and Danielle were called to the elimination dinner, and Danielle was eliminated first. When it came to breaking up with KP, however, things got real. KP was genuinely hurt by the dumping, which seemed to affect Vinny as well. "I'm not sure how we got here with KP, but she was really hurt," he said, the first Jersey Shore star to realize his actions have consequences since The Situation went to prison.

Personally, I can understand why Vinny would be thrown off by this. I don't like to deal with all the messy emotions during a breakup either, which is why I usually have my exes shipped off to a prison camp, never to be heard from again. It makes it easier to get over them, you know?

But while KP may have been heartbroken, it made for great television and brought a sense of emotional realness to the entire process. Vinny has three women let to choose from, and it looks like he'll make his choice next episode. Until next time, mis amigos: socialism or death! 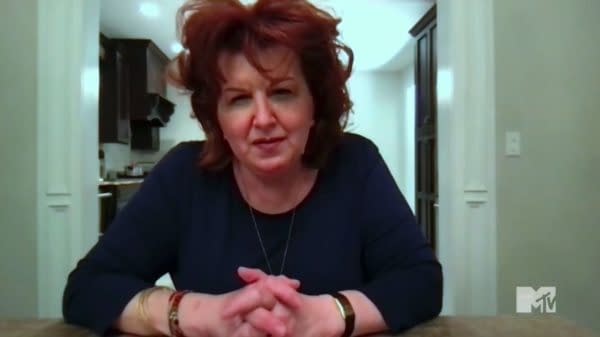 Review by El Presidente
8/10
While KP may have been heartbroken, her dumping made for great television and brought a sense of emotional realness to the entire process to this episode of MTV's Double Shot at Love.