This week's episode of Crunchyroll's My Hero Academia, S06E10 "The Ones Within Us," was yet another terrific episode to add to the list for this season. This season has been an excellent compilation of action so far, letting the story reach a new point they can never come back from. The episode flew by too fast; these fights definitely make the episodes feel so short and make us wish they were an hour long instead. The animation has been top quality this season. matching the quality of the writing every step of the way.

Last week we saw Deku get pushed out of the way by Bakugo, successfully taking the stab in his place. We see Deku snap in his rage, which makes his moves more erratic and gives Shigaraki a chance to touch his face finally. As he starts stealing Deku's power, both are transported to One For All's dimension, where he can see Shigaraki and All For One protruding from the boy. Nana Shimura is there to help Deku and AFO introduces Shigaraki to his dead grandmother and also the concept of how a person's consciousness remains within their quirks, in the case of OFA, making it even more powerful. I wanted to punch AFO at that point as he starts putting Deku down for being a weakling and then AFO's brother makes an appearance, the first wielder of OFA.

I really enjoyed this part and how he made it clear to AFO that the true power lies beyond that, it is in Deku's intent of wanting to save others despite having powers. This was definitely the best moment. As both of them are brought back to reality and start falling off to the ground, AFO advises Shigaraki to retrieve for the time being as his body recuperates. While the power still resides within Deku, there seems to be a tone that there was something they gained from this experience. I hope there is no immunity that comes from this.

Gigantomachia's destruction is nearing more and more to Avenger's standards… I am half expecting this to reach Thanos's levels of destruction soon. However, the story starts losing me as we start to focus on the villains. While I have always liked how much gray area there is within our villains, Toga seems to lose my attention most of the time. I am not sure what the idea truly is behind her motifs or if they try to make her more relatable, but while I love the character design, I have not been a Toga fan. In fact, it is one of the few villains I actually do not feel for. Most of the villains we have gotten to meet thus far have had a very tragic past that, while it does not excuse their leanings, makes it easier to understand why they chose the path they did. Though with Toga: I feel there is something I might have missed as I do not quite get her and her obsessions.

So this is where My Hero Academia kinda' lost me: Toga wanting to ask questions to her dear Deku and Ochaco. Toga versus Ochaco. Of course, Ochaco being Ochaco, she will be obsessed with helping everyone she can get to, not really having the sense of danger or really stopping to think about how fast that old lady ran if she truly needed help. I am not sure what I really expected, but it just seemed so simple-minded when she attacked Ochaco just to ask what she would do with her. Like b**ch, six seasons of the heroes trying to get you all apprehended has not given you enough of a hint? It is the one mind I find impossible to understand? I imagine Dr. Bones in Star Trek asking her if she is out of her focken' mind; what makes you think they will feel any type of way after sucking their blood, impersonating their friends, and even being involved in the death of others… I do not get it, and this whole segment made me so unbelievably angry, as if it was a perfume commercial.

Let me also clarify, I do find her backstory sad, and I feel Twice really had added depth to some of the villains around him. So I do understand the perspective at times when it comes to some of the league's members who really are the villains after being ignored by heroes throughout their lives; I get it. That said, Toga's story always fails to make me feel for her in any way. But yeah, let's hope Ochaco pulls through and is given a chance to finally shine without having to be rescued or some crap. This does have the potential of becoming an excellent fight, but given the trailer, for next week, I do not think they will be given much time. That said, I am incredibly curious to see what Dabi has planned, as it seems he cannot stop smiling.

My Hero Academia Season 6 Episode 10 "The Ones Within Us" 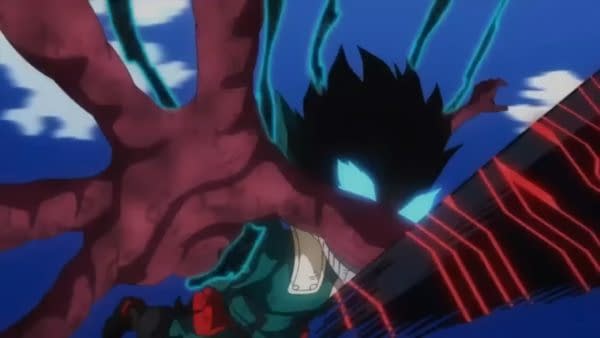 Review by Alejandra Bodden
8/10
This week's episode of Crunchyroll's My Hero Academia, S06E10 "The Ones Within Us," was yet another terrific episode to add to the list for this season. This season has been an excellent compilation of action so far, letting the story reach a new point they can never come back from. The episode flew by too fast; these fights definitely make the episodes feel so short and make us wish they were an hour long instead. The animation has been top quality this season. matching the quality of the writing every step of the way.

Spy x Family: What We're Looking for Out of Season 2 & Film

With the first season having wrapped, here's what we're looking for out of Crunchyroll's upcoming Spy x Family Season 2 and film.