Less than a month after the cable giant released the first teaser for the limited series and more than month before viewers will be able to witness the birth of FOX News (we'll leave it to the viewer to determine if that's a blessing or a curse), Showtime has released an official trailer for seven-part series The Loudest Voice. Based on Gabriel Sherman's bestselling book The Loudest Voice in the Room as well as his reporting for New York magazine about the allegations of sexual harassment that brought an end to late FOX News founder Roger Ailes' career. The project stars Russell Crowe as Ailes and is set to premiere Sunday, June 30, at 10 p.m. ET.

With Sherman and Tom McCarthy (Spotlight) co-writing the pilot and Kari Skogland (The Handmaid's Tale) on board to direct several episodes, The Loudest Voice is one of this summer's most anxiously-awaited series – and here's your first look from Showtime:

In today's politically charged media landscape, no figure looms larger, even after his passing, than Roger Ailes, molding Fox News into a force that irrevocably changed the conversation about the highest levels of government. To understand the events that led to the rise of Donald Trump, one must understand Ailes.

The upcoming limited series takes on that challenge, focusing primarily on the past decade in which Ailes arguably became the Republican Party's de facto leader, while also touching on defining events in Ailes' life, including an initial meeting with Richard Nixon on the set of The Mike Douglas Show that gave birth to Ailes' political career and including the sexual harassment accusations and settlements that brought his Fox News reign to an end. Told through multiple points of view, the limited series aims to shed light on the psychology that drives the political process from the top down. 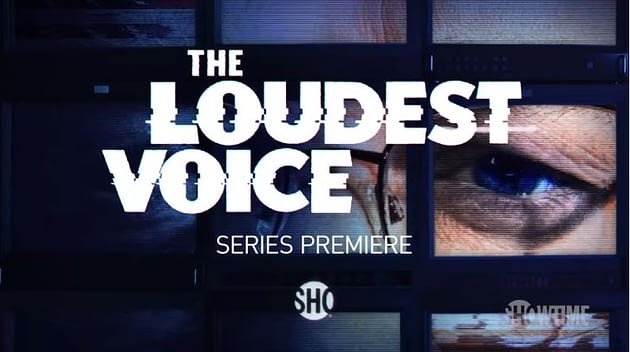 The Loudest Voice is a co-production between Showtime and Blumhouse Television (Sharp Objects, The Purge, Get Out). Crowe, McCarthy, and Skogland executive produce alongside Alex Metcalf and Jason Blum, as well as Marci Wiseman and Jeremy Gold for Blumhouse Television, and Liza Chasin for 3dot Productions.

Supporters of the Saturday Night Live post-production team will hand out leaflets to help jumpstart "stalled contract negotiations" with NBC.

AEW Rampage Preview: Trios Titles on the Line in Worse Show Ever

The Chadster may hate everything about AEW Rampage and all that it stands for, but he's still here to provide an unbiased preview of tonight's show.

Supporters of the Saturday Night Live post-production team will hand out leaflets to help jumpstart "stalled contract negotiations" with NBC.