I began watching and catching up on episodes from a series, truly a hidden gem, a few weeks back. Hesitant at first, my reluctance came from an attitude of adult superiority, something toxic that holds a lot of us today. Pushing the series off at first, I considered it to be for younger children and something that would lack the depth I'd hope for. I was incredibly wrong and I've never been happier to be baffled by a television series. The Mysterious Benedict Society is what has baffled me, a collection of books turned Disney+ series.

The original book series this story was adapted from, authored by Trenton Lee Stewart, has seen a rare accomplishment. Its' adaptation is being accepted and loved by fans of the original written word. I found something compelling right from the very beginning. A lot could be considered in what kept my attention, from the excellent aesthetic and image the creators gave to each scene and costume, to the personality evident in the quick and quirky editing styles. But what kept me was the story and the actors who brought it forward. Here's a look at the series followed by an overview:

After winning a scholarship competition, four gifted orphans are recruited by the peculiar Mr. Benedict for a dangerous mission to save the world from a global crisis known as The Emergency. Reynie, Sticky, Kate, and Constance must infiltrate the mysterious L.I.V.E. Institute to discover the truth behind the crisis. When the headmaster, the sophisticated Dr. Curtain appears to be behind this worldwide panic, the kids of "The Mysterious Benedict Society" must devise a plan to defeat him.

First, we have to discuss the brilliance of Tony Hale's acting, compelling the audience with the charm and sincerity of Mr. Benedict and the opposite corner in the layers of Dr. Curtain's personality & secrets. Next, the kids involved are each crucial to the importance of The Mysterious Benedict Society. In this group of special kids selected by Mr. Benedict, we get Reynie Muldoon, played by Mystic Inscho, George "Sticky" Washington", played by Seth Carr, Kate Weatherall, played by Emmy DeOliveira, and Constance Contraire, played by Marta Kessler. The characters these kids portray are so well done it blows my mind. Each fits the personality and mannerisms, fitting into the roles with ease. The other actors in the series such as Kristen Schaal, MaameYaa Boafo, Gia Sandhu, and Ryan Hurst are brilliant alongside the kids and on their own in scenes.

What I have found to be so special about The Mysterious Benedict Society as a whole has been the themes and underlying messages in the story. From the importance of how trauma and guilt can affect us later in life to the isolation felt from any neurodiversity that one may have outside what is considered the "norm" of society. Each person, mainly the kids, feels the impact of their world and expectations in different ways. From being unaware of bluntness in social interactions to hyper-fixations, the series shows the beautiful parts of neurodivergent minds while also exploring the ways society aims at taking that and molding it into their concept of perfection.

The power of an observant mind, empathy, and acknowledgment of the beauty in the ways that people's minds work differently from one another is all wrapped up wonderfully in this series. I don't shed a tear often when I write, but trust me I did with this article. The Mysterious Benedict Society holds your soul, and if you're anything like me (neurodivergent as ever), it allows the space for you to see yourself as you should be seen…as valid and worthy. 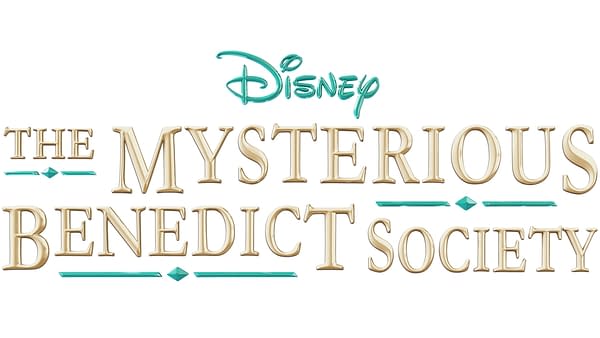 Review by Brittney Bender
10/10
Disney+ has struck gold with this series, from the unbelievable talent they've gathered on-screen to the undeniable dedication to adapted storytelling. The Mysterious Benedict Society delivers what they promise with every episode, a journey akin to the imaginative pathways encountered when deep in a favorite book.
Credits
Platform
Disney+

With Superman & Lois returning next week, we have S02E12 "Lies that Bind" images, overview & promo, and an overview for S02E13 "All is Lost."

With the "Rogue One" prequel premiering on August 31, here's a look at a set of new preview images & a key art poster for Lucasfilm's Andor.

Set to premiere on Disney+ on November 30, Lucasfilm released new preview images and a teaser trailer for the Warwick Davis-starring Willow.

The project codenamed "Grammar Rodeo" now has a name: Star Wars: Skeleton Crew, with Jude Law set to star with a 2023 premiere set.

Tony Khan discussed MJF's contract status, AEW's relationship with WB/Discovery, and more on a media call ahead of Double or Nothing.