Werewolf By Night is the first of what can only be described as television specials that Marvel Studios is bringing to Disney+. They are too long to be a television show but too short to be a movie and also too long to be considered a short film. The special, which clocks in a tight fifty-two minutes, doesn't waste any time getting this show on the road. If you're sick of the rather maddening pace of blockbusters at times, then Werewolf By Night is going to be a welcome change of pace. There isn't any time to dally because we have less than an hour to do this. And get it done, they absolutely do because Werewolf By Night might be one of the best things Marvel has put out in years.

Michael Giacchino Directs The Crap Out Of Werewolf By Night

It's not easy to make black and white look good, something that many people don't seem to understand. It requires different color grading and someone who is very familiar with shadows and light. It's clear from the moment that Werewolf By Night begins that director Michael Giacchino has real talent because it looks like this was something was shot with the intent of being in black and white from the beginning [which is what makes it all the more surprising to find out that it wasn't]. It speaks to Giacchino's talent how beautiful all of these shots look. It's a piece of art that really leans into the idea of light and shadow and uses all of those things to its advantage.

That is likely because Giacchino and his team were very much writing a love letter to classic horror and something that you had to do with classic horror was rely on shadows. Classic horror movies needed to be very well directed because the special effects were being held together with shoestring and duct tape. You could only shoot this monster from one specific angle, so you needed good directors in those days. Giacchino shoots Werewolf By Night almost like he doesn't have much of a budget [most of the time] as he uses shadow, light, and sets to his advantage. The moments when we see the monsters are fantastic, and they don't look like they are held together with a shoestring and duct tape, but the fact that it feels like those old movies is very impressive.

As previously stated, there isn't a moment to waste when it comes to this special, and Giacchino doesn't waste a single shot. It's an extremely impressive thing to see on screen, and his use of sound makes him a shoo-in for more horror in the future. He has the eye for building that tension and the release and nervous laughter that comes from a fake-out scare that made horror fans fall in love with this genre. The shadows and light combined with Giacchino's directing means that Werewolf By Night gets away with much more gore than you would think. It's rated TV-14, but thanks to some tricky camera and light work, you know what's going on just beyond the darkness, but they aren't showing it, so no TV-MA here.

Werewolf By Night Elevated By A Charismatic Cast

There isn't a ton of time for the cast to introduce themselves, so a lot of weight is on the excellent script from Heather Quinn and Peter Cameron, but also on the actors. They have to make you either love or hate them within moments of meeting them because this special has to do the first and second act in a fourth of the time to give us plenty of time to get an amazing third act in. Gael Garcia Bernal immediately had presence as Jack Russell, and you can tell from the moment he walks on screen that something isn't quite right about this guy. He plays Jack as someone trying a little too hard, but it's unclear exactly what he is trying a little too hard to do. Laura Donnelly immediately pops on screen the moment you see her as Elsa Bloodstone. She also has some of the most badass moments in the entire episode, which is always awesome to see, and the choreography they give her is really well done. It's always good to see fight scenes with women that seem very aware of where a women's strength is.

However, it's Harriet Sansom Harris as Verussa who ups and walks away with the entire special. It's hard to get into how much fun she is clearly having with the role, and if she chewed the scenery any harder, the entire house would be nothing but a foundation. While everyone else is really food in this, if there is one person to watch Werewolf By Night for, it's Harris and Verussa. The performance is so unhinged in the best sort of way that you want her to immediately come back on screen so we can see just what buckwild thing she is going to do next. While everyone else does their best to match her energy, it's just impossible. However, the raw charisma of everyone else is enough to keep Harris from taking over the entire special.

Are Specials The Future Of The MCU? We're In!

There really isn't anything about Werewolf By Night that doesn't work. It shows us, kicks all sorts of asses, and leaves without a backward glance. If specials like this are going to be the place where Marvel really experiments in the way we've been begging for for years? We're in if it gives us more projects by this. It looks like there might be since this is only the first one we're getting this year alone, and these are things that can be filmed in secret over smaller periods. It makes sense that Marvel will play it at least a little safe when it comes to the movies and television shows, considering the massive budgets that go into them [though they shouldn't, if there is a studio that can make a massive gamble, it's Marvel]. Perhaps the success of Werewolf By Night will give Marvel the confidence to really let its creators on the big screen, and the TV shows go completely buckwild in terms of tone, genre, and style. As for Giacchino? Give him more directing projects immediately, but we still love the composition work. 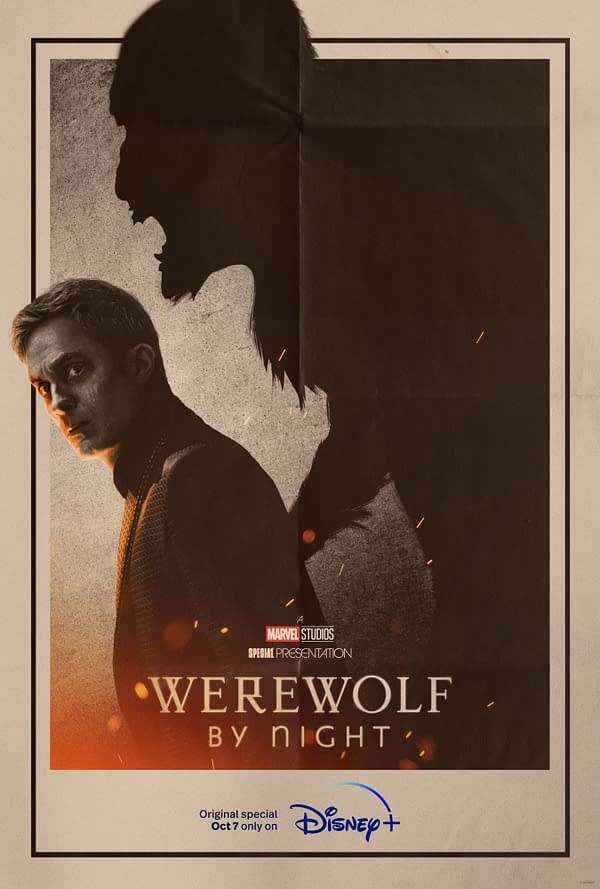 Review by Kaitlyn Booth
10/10
Werewolf By Night is fantastic; Michael Giacchino directs the absolute living (and undead) crap out of one of the best things Marvel has put out in years.

Mike Flanagan shares his thoughts on The Midnight Club being canceled, saying the show needed "some pretty robust promotion" from Netflix.