What If…? episode six is slightly better than the last episode in that it's just boring instead of bad. This was an episode that could have explored some interesting character dynamics and instead keeps asking the same question that these episodes keep asking; what if someone who was supposed to be alive died?

The most frustrating thing about What If…? is that you can see the potential in nearly every single episode, but the execution is just all over the place. There will be many people who say that thirty minutes isn't a very long time, and you can't expect much from that short of an episode, but that is completely dismissing the entire concept of short films. There is no time period that needs to hit to tell a good story well. The question of this episode and the one that they didn't really take the time to explore is, 'what if Tony Stark was surrounded by a corrupting influence?' And the episode does take some time to explore that idea, but the conclusion they seem to come to is that no one has a very opinion of the character of Iron Man. The idea that Tony Stark is the biggest villain of the MCU is one that could have been really interesting, but they cop-out in the eleventh hour of this episode and don't really explore that darkness that Tony carries in his heart even before he becomes Iron Man.

Then there was the idea of exploring a different side of Killmonger, who is arguably one of the best villains that the Marvel Cinematic Universe has ever really had. A more interesting exploration of character for both of these men would have been them improving each other. Instead, the Killmonger we get in this What If…? episode isn't that different from the one we get in Black Panther. The only thing we get is a little more time with him, but he's always been a compelling character. They just don't do anything particularly interesting with him. It turns out that the question of what would happen if Killmonger saved Tony Stark and how that would change him and his goals is that it doesn't change him or his goals at all. He just goes about them in a different way that doesn't really make sense for what he wants in the world. So Tony Stark, the man that eventually sacrifices himself to save the universe, apparently has zero impact on the life of Killmonger.

There are so many interesting places to go with a thing like What If…? but as previously mentioned, the thing that brings people back to the Marvel Cinematic Universe over and over again are the characters. These stories are not focused on characters, not in the right way, and instead just seem to focus on people dying at certain times when they aren't supposed to. Again, going back to the second episode and the best one so far, T'Challa improved the galaxy simply by being T'Challa in a different place. There was a sense of hope that he brought just by being himself. Ever since episode three, What If…? has focused on the death of various characters impacting the timeline and not much else. There are so many things that can change the fate of a character that has nothing to do with someone dying. There is nothing creative about killing various characters off, and the shock value of it all wore off back in episode three for this show and back in the final moments of Avengers: Infinity War for the movies.

What If…? continues to be an exercise in frustration, and to make matters worse, the trailer for the latter half of the season seems to hint that they are going to be doing some form of sequels to previous episodes, which is really just the most boring thing you could possibly do in this situation. The team-up of Captain Carter or T'Challa Star-Lord or Doctor Strange That Ruined An Entire Universe Because He Was Sad isn't going to mean anything because we haven't had time to get attached to these new versions of the characters. Marvel can do anything with What If…? and they continue to pick the most boring options; a team-up instead of new ideas. 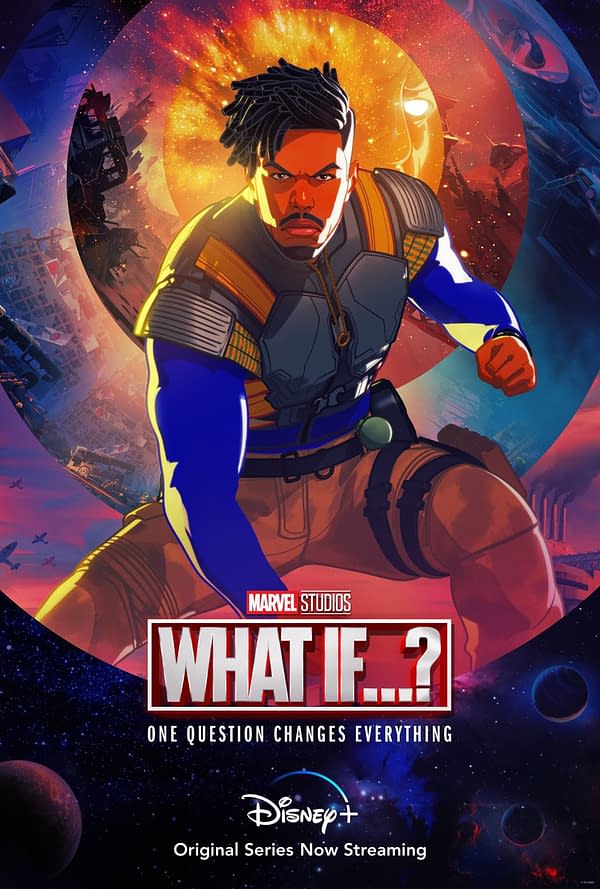 Review by Kaitlyn Booth
7/10
What If...? episode six is slightly better than the last episode in that it's just boring instead of bad. This was an episode that could have explored some interesting character dynamics and instead keeps asking the same question that these episodes keep asking; what if someone who was supposed to be alive died?

In the following clip for Monday's The Talk, Kelsey Grammer offers some great news about Paramount+'s Frasier reboot, filming, and more.

Series star Joseph Morgan has read the script for the Season 4 finale of HBO Max's Titans, tweeting his one-word reaction to it as a GIF.

DC's Stargirl star Brec Bassinger revealed they've been pushing for a musical episode "since the beginning." So how do we make this happen?

Hitting Crunchyroll in 2023, this weekend's Anime Expo saw the release of an official trailer, key art & more for the Trigun Stampede anime.

With the anime set to premiere this September, Netflix released the Franz Ferdinand-fueled opening credits to Cyberpunk: Edgerunners.