Bleeding Cool pointed out that the climactic goodbye kiss between Harley Quinn and Poison Ivy appeared to have been rather bowdlerised in the final issue of the mini-series, out this past week – still with a splash page, but now just a peck on the forehead. 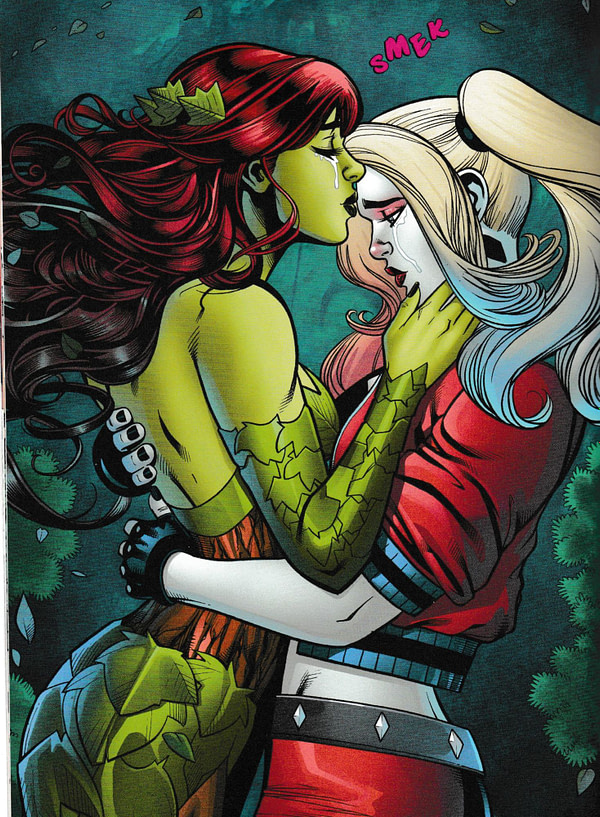 Others seem to have agreed and for Valentine's Day today, have been using the hashtag #HarleyKissingIvy, with both fan art and DC Comics published art showing the couple in slightly more intimate terms.

And who better to lead them that Harley writer/artist Stjepan Sejic, who really knows what Harley and Ivy were missing.

work in progress a lot of it might change, still not sold on a bunch of composition details and anatomy is all over the place but nothing that some work can't fix pic.twitter.com/uJqWPyAoeW

#HarleyKissingIvy Gays will winn. @DCComics Don't be a cowards pic.twitter.com/28djy850uZ

I heard we are making #harleykissingivy a trending tag and that's a cause I can get behind! Justice for my girls! #poisonIvy pic.twitter.com/KalLh1FnEB

There were plenty more to reference…

And some were just inspired by the moment.

Mary Marvel's Series Debut in Wow Comics #9, Up for Auction

Mary Marvel debuted in the Wow Comics title about three weeks after her first appearance in Captain Marvel Adventures #18.

Earlier today at Star Wars Celebration Anaheim, fans got an exciting look at what’s to come in Phase II of Star Wars: The High Republic

Lesser Evils is a new shared universe about heartbroken, hype-obsessed creatures who live in Brooklyn, the contemporary culture of the world, is a new