I first heard of Heaven's Door: Extra Works was Deb Aoki tweeted about the release, comparing it to Moebius and Satoshi Kon. When most people say a comic is like Moebius, I ignore it. The praise is hyperbolic, obviously untrue, and reflects poorly on the person suggesting the comparison.

When it's Aoki saying it, though, it's worth paying attention. She said (well, typed it) about Heaven's Door: Extra Works, a collection of short stories by a manga-ka called Keiichi Koike. In some of these stories, the scale is pure Akira, but the detail and fluidness of the line are absolutely Moebius. Moebius even referred to Koike as a "magnificent ronin" in a blurb from the publisher Last Gasp.

A more realistic comparison might be that Katsuhiro Otomo got really into LSD. Last Gasp (the San Francisco publishing house that also published The Strange Tale Of Panorama Island, a manga I looked at here) is known for alt-manga and pioneering alt-comix, so the pairing makes sense. Last Gasp smartly printed the collection at a larger size, so it's easier to get lost in Koike's work. Japan is draconian about doctor-prescribed psychiatric medication and is even worse about drugs, which gives Heaven's Door: Extra Works insane underground bona fides.

Unsurprisingly, the collection traffics in magical realism, heightened or introduced by drug use. For whatever reason, I thought a couple of stories felt like they could be traditional science fiction prose works translated into comics. Translation-wise, there were two or three moments that stuck out. Still, I'm willing to chalk that up to a high degree of difficulty in translating decades-old drug slang from Japanese into English rather than a deficiency in translator Ajani Oloye's ability.

Tantalizingly, Heaven's Door: Extra Works is Koike's first book-length work translated into English, making me yearn for more. (Naturally, Humanoids first published Koike's work in English six years ago with their collection The Tipping Point.) What else exists from a functionally unknown to English readers artist that won the manga industry's iconic Tezuka award when he was 16?

The answer, apparently, is Ultra Heaven, which doesn't have an English language publisher. Hopefully, Last Gasp will take the plunge soon. Until then, open the door. You won't forget it. 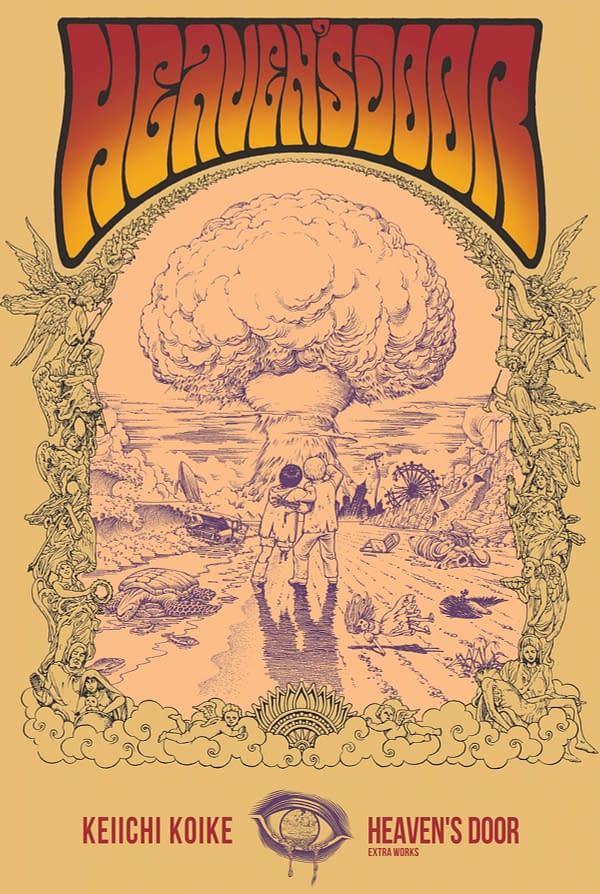