With an intriguing new science-fiction take on the storied monstrous concept, Hulk #1 brings forth an unexpected antagonist and twists the property in what seems like a new direction. Oddly enough, given the events of the horror-themed previous series, this is a smart continuation, not a reboot.

The Hulk has caused great concern for Doctor Strange, and the most powerful heroes of the Marvel Universe after an incident in El Paso led to fatalities. Bruce Banner has put his mind to a solution for this, and … well, it's different. As revealed in this issue, he plans to make sure the Hulk is controllable and won't be a problem for anyone. The question is, along the way, how much damage is acceptable to complete this plan?

Donny Cates has developed an innovative concept that relies heavily on the deep explorations of the Hulk's psyche and how his functional immortality works from Immortal Hulk. That's no mean feat given the drastic thematic shift this series represents, so that deserves some credit. Likewise, the strong visual presentation of Ryan Ottley, Frank Martin, and Cory Petit invoke the Dale Keown era and is a great visual contemporary to some of the Javier Garron Avengers run as well.

The ideas are big and bold, but the execution doesn't give you quite enough plot, nor a number of plot points that are unlike what has been done before. The car's going in an interesting direction, but it hasn't gotten quite far enough to say it's going well. RATING: HONORABLE MENTION.

Hulk #1
By Donny Cates, Ryan Ottley
'MAD SCIENTIST' PART 1 OF 6 The uncontrollable rage of the Hulk has reached an all-new level, and nobody — including the Avengers — is prepared to handle it. But is it really the Hulk that people should be afraid of, or is there something missing to this puzzle? Join the superstar creative team of Donny Cates and Ryan Ottley as they look to the stars for the next era of HULK! 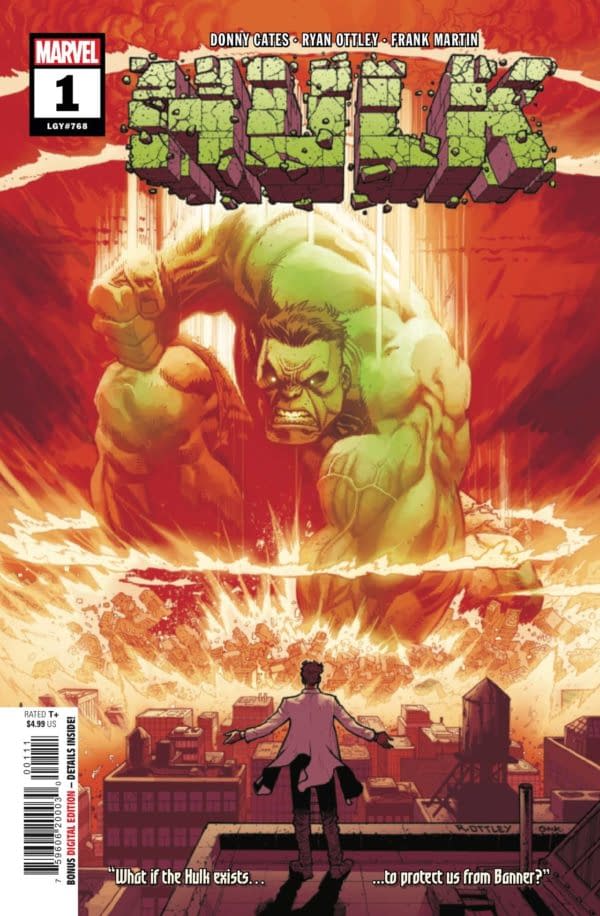 Review by Hannibal Tabu
7.5/10
Dr. Bruce Banner goes back to his defense industry roots in applying science to weaponizing possibly his most dangerous idea yet.

Archie Caught Between Betty & Veronica in Pep #143, Up for Auction

Always a good time, Archie is caught between Betty & Veronica on the Cover of Pep Comics and taking bids at Heritage Auctions.

Meager Leager, just released by About Comics, is the new name for Walt Larner's Little Leaguer cartoons, from one of the oldest surviving American comic creators.

Superman Breaks The Walls Down in Superman #116 UK Edition, at Auction

Who else loves a great silly Superman cover like this one taking bids at Heritage Auctions today.We just love looking at these.

Vixen & Batwing, Together At The Dawn Of DC (Spoilers) #Vixwing

DC Comics looks like they will be bringing Vixen and Batwing closer together for 2023 in the Dawn Of DC. Is it too soon to use the hashtag #vixwing?

Sana Starros gets a warm welcome on returning to her gamily home in this preview of Star Wars: Sanna Starros #1... in the form of droids trying to kill her.