Bleeding Cool has pieced together and extended Iron Man 2020 #1 preview below form a number of sources. But there's one page worth pulling out featuring an Arno Stark Iron Man being interviewed by the media. Because it also shows media reports of a drunk Tony Stark leaving a liquor store/off license in New York, with a bag full of booze. Tony Stark has had a famous problem with alcohol and his status as a teetotal alcoholic has been noted over the years since the classic Demon In A Bottle. Recently, as an AI avatar, Tony Stark drank virtual alcohol without issue, but something he regretted. Has this had real-world consequences for him? Of is his deep fake news reports engineered by his brother Arno Stark now that he has the God Killer suit? 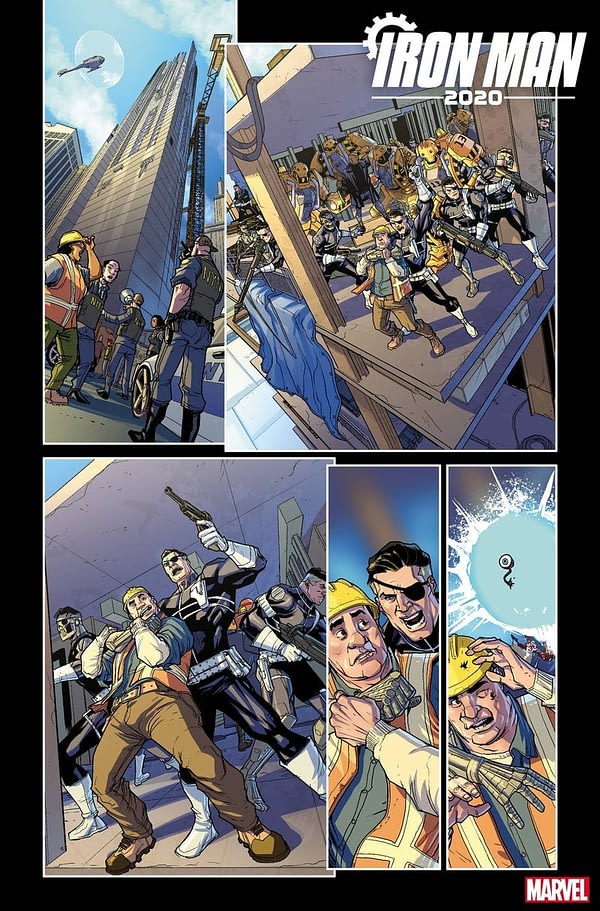 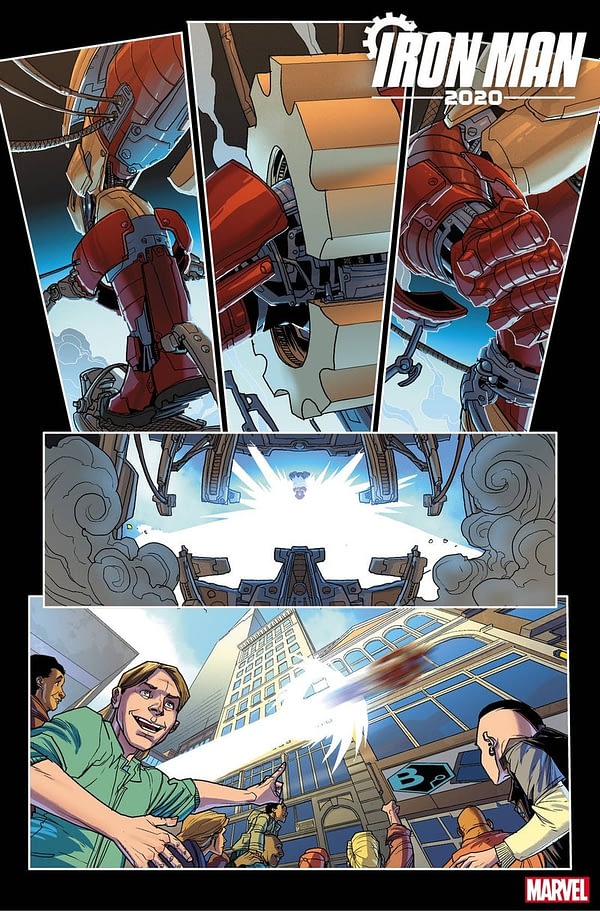 Popular This Month in Recent Updates