In Superman: Son of Kal-El #5, an unexpected boost of power for Jonathan Kent has him zipping around the world and trying to do everything. Little does he know that this is exactly what evil foreign president Henry Bendix wanted, and all Jon's power can't fix the best-laid plan.

Tom Taylor's script inserts spectacle first. There are no fewer than three really spectacular shows of power here, which gave John Timms, Hi-Fi, and Dave Sharpe so much room to visually present really engaging exhibits of heroism. A flood in Luxembourg features Jon's super strength and speed; strength is on display with a hostage situation in Zambesi. While he displays the power of inspiration in Costa Rica and at an overloaded Hub City emergency room (then the bridge bit is a choice). All of this is exactly the sort of thing you want from your Superman comics.

Then there's an added element of greatness. Jon's burgeoning romance with Jay Nakamura provides a key moment of emotional resonance at the center of the story. It refocuses this towards a solution, not just running from emergency to emergency.

It's not as if you could say anything went wrong here. Bendix's impact is more felt than seen, as there is no direct antagonist in these pages. The flitting from disaster to crisis and back kept the attention focused on spectacle, hoping the emotional core of the latter pages would carry the day. It was a solid gambit and not a bad one, save for one would-be rescuee who paid the price, but it spotlights Jon's inexperience and his limitations to not even see the true problem despite the many people whose lives he improved. This is a solid book that can see greatness from here, but it hasn't quite made the jump just yet. RATING: HONORABLE MENTION

Superman: Son Of Kal-El #5
By Tom Taylor, John Timms
Faster than fate. As powerful as hope. Able to lift us all. For all his great power, Jon Kent can't save everyone, but that wonât stop him from trying. How much can Earth's new Superman do before this Man of Steel buckles? And when he does, who swoops in to save Superman? 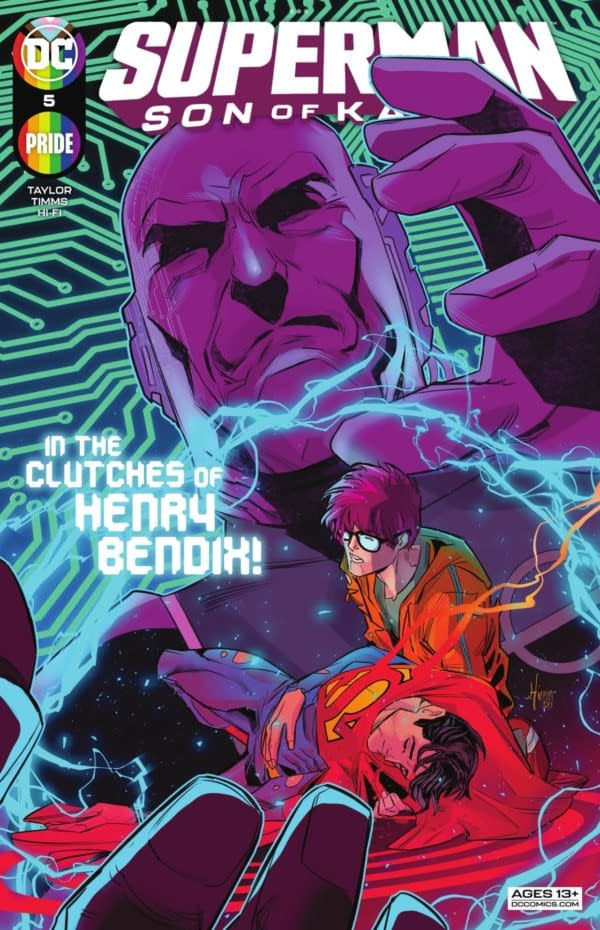 Review by Hannibal Tabu
7/10
When is trying to save everybody not what you should be doing? When you’ve been manipulated by a master strategist who you’re not even watching.
Credits
Editors
Mike Cotton, Jillian Grant, Diego Lopez