One of the most clever, most engaging books on the shelves steps it up a notch this month. The Nice House On The Lake #6 introduces everyone to The Painter, a friend from their circle who has a lot of the answers they've been looking for, and how those answers affect things is a gut punch for the reader.

Reg — the Painter in question — was friends with Norm and the apparently extraterrestrial Walter in high school, their bond being very close. Walter had romantic feelings for Reg, which were not reciprocated, but their BFF status remained unshaken. Walter was so close with Reg that, in fact, he told him the absolute truth … and Reg didn't freak out. The reason why Reg didn't freak out about the literal end of the world is the core of this narrative, and wow, is it a hoot.

Writer James Tynion the Fourth is firing on all cylinders here, with such extraordinary patience and delicacy in fleshing out the corners of this work. Likewise, the artwork of Alvaro Martinez Bueno, Jordie Bellaire, and Andworld Design continues a great job of conveying these claustrophobic, potentially static situations with dynamic energy and tension. Andworld Design takes on some seriously beyond the call work in conveying conversations from an instant messenger session (like in the 90s) and does so in such a convincing manner based on the content, era, and simple emotions with deftness. It's really tricky.

There is simply nothing like this title available in the entire industry right now. To see it still performing at such a high level after this long is an enormously good sign that we stand on the precipice of greatness.

Wait, what? The series is going away until March of next year? What the worldwide heck? RATING: BUY.

The Nice House On The Lake #6
By James Tynion the Fourth, Alvaro Martinez Bueno
The House has an eleventh guest. Reg is here — and that was never part of the plan. Or was it? Everything you know gets turned upside down in this issue — ending on a cliffhanger that will have to hold you until the House reopens in March 2022!

The Nice House On The Lake #6 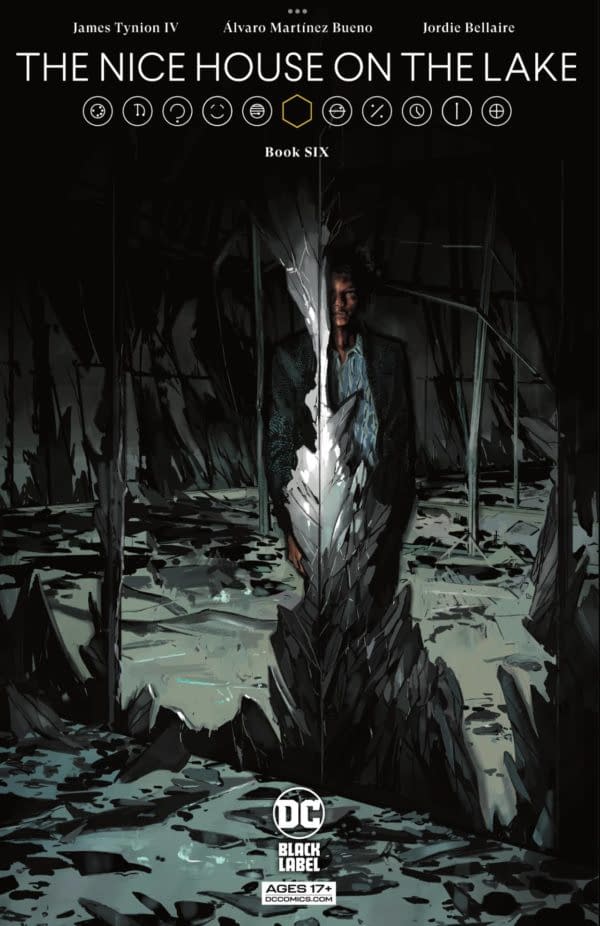 Review by Hannibal Tabu
8.5/10
Right before this amazing series disappears until March 2022, everything you know remains true but nothing remains the same.
Credits
Editors
Chris Conroy, Marquis Draper

Award-winning author and animal lover Brian Keene found himself under siege after speaking out against the viral world game, Wordle.