On the 13th of June, 2019, Bleeding Cool made the first mention of something DC Comics was planning called 5G. We had no idea what it was. All we knew was that it was, "something that is, or has, been planned at DC Comics at the upper creative and editorial echelons." It took until October until we twigged. At New York Comic-Con, then-publisher Dan DiDio unveiled a very blurry look at their new DC Universe timeline. Bleeding Cool grabbed the visual that everyone else failed to get. We also got a close-up look at the Four Generations of the DC Comics Timeline, from the emergence of superheroes to the present day. One, Two, Three, Four. But what then?

Of course, it was obvious. 5G. The Fifth Generation of DC super-heroes. And this directly tied into what we had been reporting about DC Comics introducing a replacement for Bruce Wayne as Batman, intended to be a black character. And then we learned Luke Fox, son of Wayne tech wizard Lucius Fox and the current Batwing, was locked in to take the role rather than any of the Robins – as his first appearance started to boom on eBay. Oh, and that Oscar-winning John Ridley IV would be writing the new Batman comic after #100. This was also the first sign we had of DC's Big Change — though we didn't know it at the time.

And all the pieces began to fit into place, as we received more and more of them from industry sources, inside and out of DC Comics. We learned that Jonathan Kent, Superman's son, would take over his role as the Superman of the DC Universe. That Diana would be the first to be replaced as Wonder Woman. Competing versions that either Teen Lantern or Jo Mullein would take over Hal Jordan as the main Green Lantern of Earth. Captain Boomerang's kid would take over from Barry Allen as The Flash. We heard that whatever Francis Manapul had been planning for Aquaman: Earth One was being repurposed for 5G. We got the bigger picture. DC Comics was to expand their timeline, so that Superman, Batman, and everyone else had been around for decades. They were now older as a result – and were being replaced. But in most cases, not be their natural successors, but by others taking on the mantle in new, different, exciting ways.

Creators were talking about bringing their current runs to a conclusion. We learned there would be a Summer Crisis that would lead into 5G with a planned editorial fill-in to help the main creative teams get a head start. As concerned voices were being raised, we revealed that DC Comics were planning to keep the classic characters, Bruce, Diana, Clark, etc for a Black Label/Giant-Sized line. We even found precedent for a previous attempt to do similar and maybe new that minor character Space Ranger was getting a 5G replacement a little early. We looked at when Green Lantern: Season 2 was planned to end, as a way to judge when 5G might happen — only for three months to be shaved off it, despite strong sales. Something similar may have doomed Supergirl. We heard that Doomsday Clock #12 would set up 5G, and indeed it did, one mention of a future timeline, the first time DC Comics had mentioned it in any capacity whatsoever.

At which point comic-book distributor Diamond also confirmed this was a real thing — no longer the imagination of fertile Bleeding Cool writers. Even if some of this were half-truths and misinformation, it was going ahead. Even Comics Beat admitted that they had heard such stuff. We learned that Wonder Woman #750 would be the first glimpse of the new DC timeline — and indeed, it pushed back Wonder Woman's first appearance to World War Two (not One). 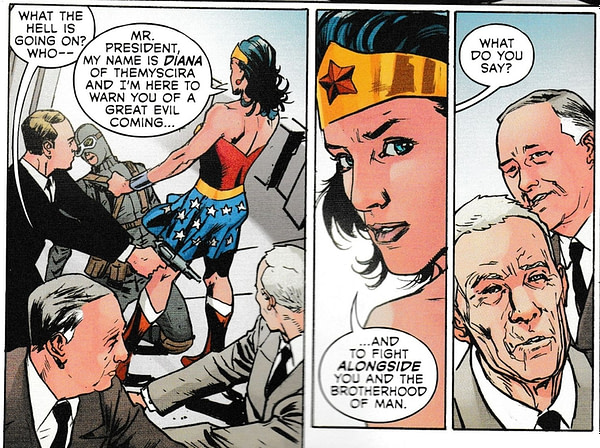 And then Tom King became the first DC Comics creator to mention 5G, saying that Batman losing Alfred starts the events that trigger 5G off. It sees him losing his connection to humanity, as he regards Alfred as his birth father.. it was notable that King and Lee Week's Batman Annual #2 featured a much older Bruce Wayne in his final days with Selina Kyle. 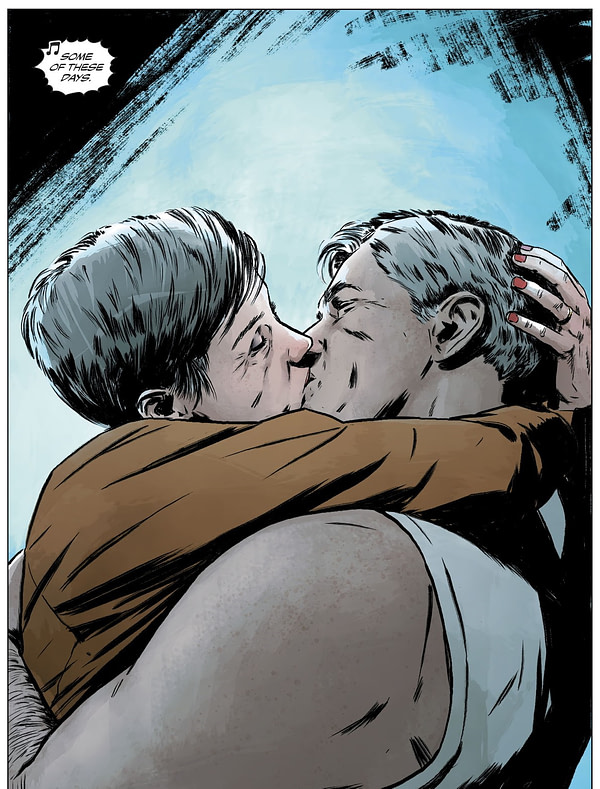 Then DC Comics announced Generation Zero for Free Comic Book Day, the first of 6 specials, which would also include Generations One to Five.  Generation Five was suddenly the new name for 5G – which avoids certain uncomfortable confluences – and the announcement of Death Metal which we had also been talking about for some time as a series that would set up certain 5G aspects, such as seeing Superman and Batman aged, and underline the 'everything happened, everything matters' mantra of the new DC timeline that will precede it, celebrating 85 years of DC history. And that Generation Zero was getting added pages, to help set it all up.

But we also reported on disquiet within DC Comics from some regarding 5G and how it was being planned and lined up, with issues over micro-management, and executives and editors resigning as a result.

And then, as Dan DiDio was dropped by DC as its Publisher, the instigator of 5G, with reports that it was over 'fostering a poor working environment', there were doubts expressed that DC would continue with the plan. But Bleeding Cool learned that creators were told to keep going, as strong as before in anticipation of an October 2020 launch. And that AT&T and Warners were fully behind the initiative as a way to revitalize their TV, animation, and film brands – while also maintaining the classic versions of the characters. Remember, everything matters; everything counts.

So there's going to be an Authority movie. And it looks like DC Comics' publishing schedules have only just found out.

Did Mister Fantastic leave the gas on in the Baxter Biuilding? Either way, Doctor Doom is popping by to sort it all out.

Antagonized by some fans of his grandpa, Normie goes full goblin mode in this preview of Red Goblin #1.

Alex Schomburg created around 40 airbrushed covers for Ned Pines's Standard/Better/Nedor titles during the period of 1947-1948.