Hellraiser is finally a worthy entry into the franchise that can stand proudly next to the first two films in terms of quality. Jamie Clayton is the perfect Pinhead for a new generation, and even though the first twenty minutes are a little slow, David Bruckner has created a new world for the Cenobites to play in that we actually want to return to.

Hellraiser For A New Generation

This new film focuses on Riley (Odessa A'zion), an addict living with her brother and spending time with her friend group and boyfriend. She takes possession of a mysterious puzzle box belonging to Voight (Goran Visnjic), a degenerate millionaire. Configured correctly, the box opens a portal to another dimension, releasing creatures called Cenobites, led by the hypnotic Priest (Jamie Clayton) who delight in taking the human desire for extreme sensation to an extreme. As the puzzle is solved, new layers of suffering are purported on Riley and her friends, leading to the final configuration and the characters getting exactly what they deserve.

Not since the second Hellraiser film have the Cenobites been this menacing and terrifying. Director David Bruckner does a fantastic job keeping them in the shadows until it is time to reveal them in all their gnarly, practical glory. They steal the show here, especially Clayton, who has faced an uphill battle since being cast and holds her own and then some. She exudes sexiness and danger and is quite captivating in a role horror fans hold dear.

Bruckner is quickly gaining a reputation as one of the better horror/thriller directors we have, and after The Night House and Hellraiser, we need to make sure he never leaves the genre. In this world of reimaginings and franchise relaunches, here is one that feels fresh and like it has something new to add while also feeling like it could be placed right into the mythology with little effort. Thankfully, this is a new step forward for Hellraiser, updating the concepts of Clive Barker's original 1987 classic for a new age and making them feel new. It isn't perfect; the first twenty minutes are a little scattered, and not all of Riley's gang are great, but the ones that aren't the best are taken out pretty quickly, and we are left with some pretty compelling ones. Adam Faison is a particular standout, as is A'Zion herself as Riley.

It is a shame this is not getting a theatrical release, as this begs to be seen on the big screen to soak in all the Cenobite goodness, but the fact that it exists at all is enough. This is one of the better times you will have with a horror franchise this year and one of the best reimaginings the genre has seen in quite some time. More, please. 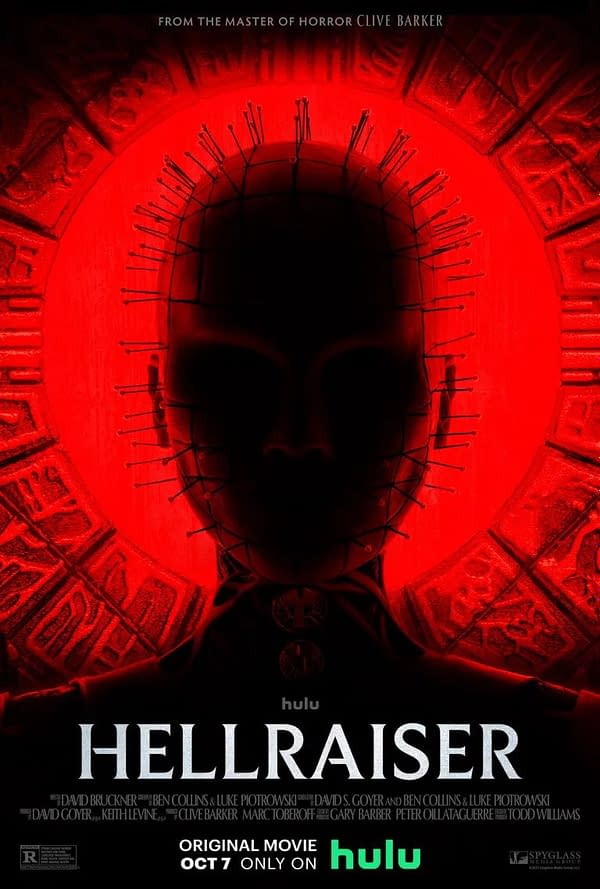 Review by Jeremy Konrad
8/10
Hellraiser takes everything we loved about the original 1987 Clive Barker classic and modernizes it for the better. With awesome practical effects work and a fantastic performance from Jamie Clayton, this is the way reimaginings should be handled.

Cloverfield is celebrating its 15th anniversary in 2023, and a new 4K Steelbook is coming in January to help celebrate.

M3gan Is Only A Month Away, Here Is A New Trailer

M3gan is about a month away, and a ridiculous new trailer is just as bonkers as the first one. The new scary doll film opens on January 6th.