Knights of Sidonia: Love Woven in the Stars is a theatrical movie spinoff that concludes the story set up by the original anime series, 6 years after the 2nd season ended. It is quite possibly the weirdest space opera in the history of Science Fiction.

Knights of Sidonia began life as a manga series 2009 by Tsutomu Nihei, who specializes in hard Cyberpunk, post-human, post-Singularity, hard Science Fiction stories more than any comic creator out there. He is unique amongst manga and comic creators worldwide for his genuinely weird Hard Science Fiction stories. On the surface, the basic premise of Knights of Sidonia is recognizable: the last remnants of Humanity have taken to the stars looking for a new home after Earth is long gone and face an enemy out to wipe them out. It's the same premise as Battlestar Galactica, but it's how Nihei fills in the details that set the series apart from any other space opera out there. The series is if Battlestar Galactica got kids piloting giant robots and the enemies are giant parasitic insects with dollops of body horror as directed by David Cronenberg. The human kids are post-human. The hero pilot is a clone of the original hero pilot, now long dead. The leadership of the humans is immortal after centuries of gene therapy as the battle with the Gauna plays out a personal feud. In many ways, Knights of Sidonia is the anti-Evangelion. The kids have to play out a feud started by the adults centuries ago.

Knights of Sidonia: Love Woven in the Stars doesn't explain why or how the hero pilot's girlfriend has the body of a giant worm when she's not in her giant Guana hybrid body, which looks like a biomechanical human-insectoid hybrid in a prom dress. It doesn't explain how or why the teenage army is comprised of clones birthed from tanks over centuries. It doesn't explain the backstory of the human leadership and how they became immortal, and the big bad – the rogue human scientist who betrayed them all to become a Gauna hybrid leading the final onslaught that threatens to destroy them all. The animators have a larger budget and go for broke with the most elaborate and epic space battles imaginable here, determined to show us something new. Nihei's weirdness is on full display here. At 2 hours, the movie is in a race to the finish line, bringing the story to a proper ending. It's not a standalone movie or side story but the final chapter in the epic. Funimation's release strategy, eventually streaming on their streaming service along with the 2 seasons of the TV series.

Knights of Sidonia: Love Woven in the Stars is now playing in select theatres and will be streaming on Funimation.

Knights of Sidonia: Love Woven in the Stars 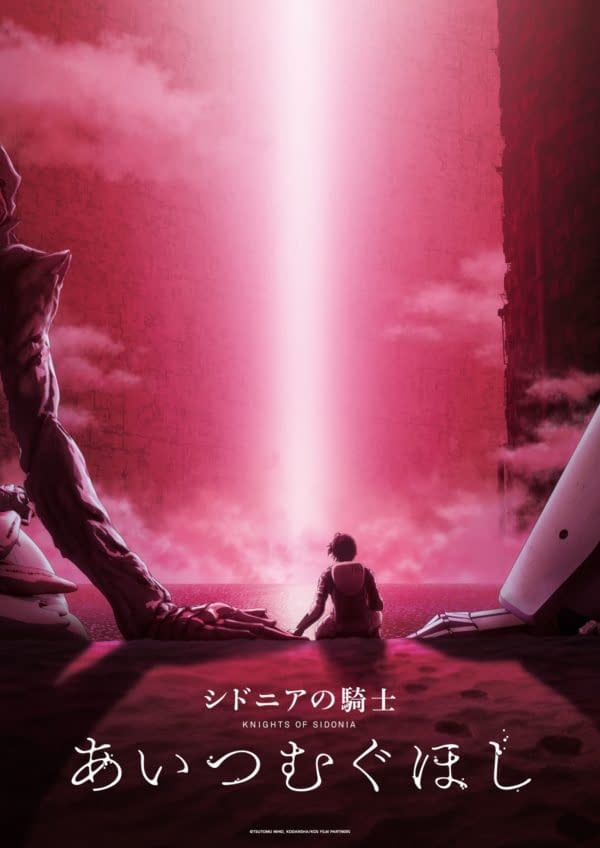 Review by Adi Tantimedh
7.5/10
Knights of Sidonia: Love Woven in the Stars brings the weirdest space opera to an end with spectular and ambitious space battles without explaining who everyone or everything is because it assumes you watched the original anime TV series and want to see how everything turns out

Doctor Who is giving the Sixth Doctor's second season a Blu-ray boxset with tons of extras featuring Colin Baker, Nicola Bryant, and more.