Aaron brings back Tri-Force Mike this week, as the staff of A Comic Shop in Florida look through today's comic books and makes their recommendations. Do you agree? Or do you think Aaron loves Green Lantern just too much? Is such a thing even possible? Or could Sacrifice be the third wheel? 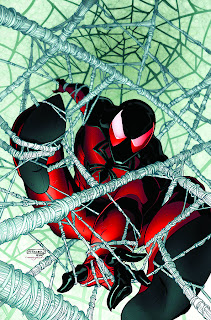 SCARLET SPIDER #1
You know how X-Force is a darker X-Men? Well, Scarlet Spider
is a darker edgier Peter Parker! And it's written by former X-Force scribe
Chris Yost! (Did I mention enough things you like to get you to try it?) 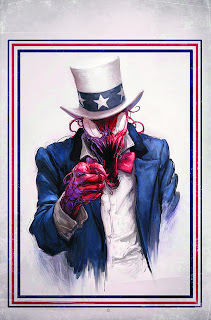 CARNAGE USA #2
Uncle Carnage wants you to want him, he needs you to need
him, and he'd have you believe he's symbiotic that way. 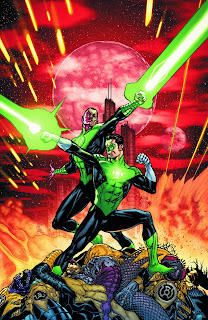 GREEN LANTERN #5
No one really asked GEOFF JOHNS to redeem Sinestro, but this
good cop/fascist cop team-up actually has me warming up to Space Hitler! 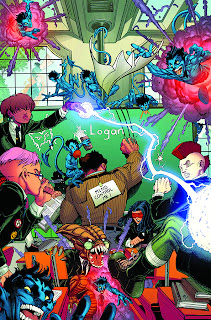 WOLVERINE AND X-MEN #4
JASON AARON! Two new students join (FROM X-FORCE), someone
from the future comes and gets all judgey (NOT CABLE), and someone is pregnant
(TEEN MOM?)! 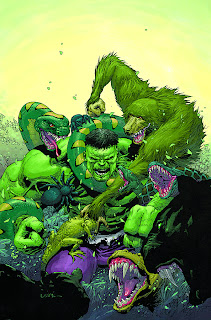 INCREDIBLE HULK #4
JASON AARON! Banner vs. HULK! And the Leader behind the
separation revealed?! 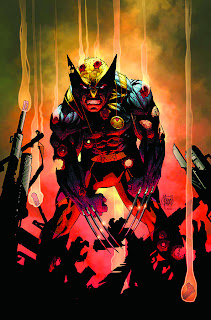 SAM (OUR LOVE IS
REAL) HUMPHRIES! A Suicidal goth kid with epilepsy is somehow thrown back into
Aztec times and he totally loves all their bloodletting and death cult antics!
Aztecsforever.com 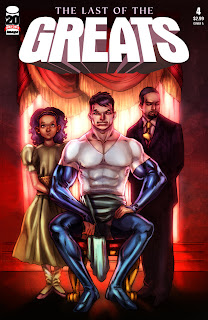 LAST OF THE GREATS #4
JOSHUA
HALE FIALKOV! He's mankind's last hope, but he hates us! For some reason he
likes making sweet love to Oprah, so maybe he'll save us from himself. 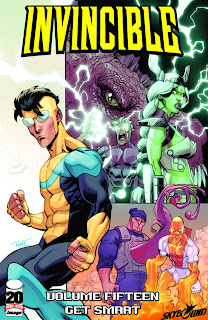 INVINCIBLE VOL 15 GET SMART
ROBERT KIRKMAN! Mark Grayson stops fighting battles head-on
and instead uses the 7 Habits of Highly Effective People! He's proactive,
begins with the end in mind, seeks first to understand…then be understood, goes
for a win/win over a compromise, AND it's way more awesome than it sounds! A
fresh take on a teen hero becoming his own man! 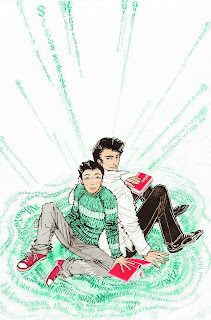 UNWRITTEN VOL 05 ON TO GENESIS
Tom has traveled the world, to all the places in world history
where fictions have shaped reality, but is he ready to learn about his father's
activities in the Golden Age of comic books!