The fourth episode of AMC's Kevin Can F**k Himself found Allison and Patty navigating a last-minute trip, secrets, and how truly annoying Kevin can be. Same as in my previous review, in the case you found your way here before watching the episode, consider this the point where I turn on the "MAJOR SPOILERS AHEAD!" sign. Patty's journey gets real rough, mainly due to some decisions Allison made at the moment to rat out that local dealer, Marcus. Turns out, he gets incredibly loose-lipped when it comes to the bigger dealers in the area, specifically Patty's go-to pharmacist. A hilarious and cringe-comedy moment comes when Patty's awkward and oblivious boyfriend goes for a proposal right after the pharmacy drug bust.

I couldn't help but utter an "Oh god dude…no…please don't" as if on behalf of Patty herself. The writing has been excellent in completing a connection to her character and understanding her, as well as Allison, as each episode airs.

Again, Kevin Can F**k Himself greatly impresses me with both its originality and direction. Writer Valerie Armstrong is incredibly talented, creating a world that has these two women coming from different directions in the same life, realistically attempting to understand one another but also call each other out when they are in the wrong. It's a development of character that is so fun to see. Also, as someone who has had family that has grown up or moved around the New England region, from Lowell, MA to Newburyport, MA, I give a seal of approval on both accents and attitude. It's rare for me to get an immediate excitement out of starting a new show and so I'm thrilled to feel this way. I'm excited to see what happens in the next episode of Kevin Can F**k Himself, from how Allison navigates her two worlds along with how she and Patty attempt to rethink how they see their own lives. 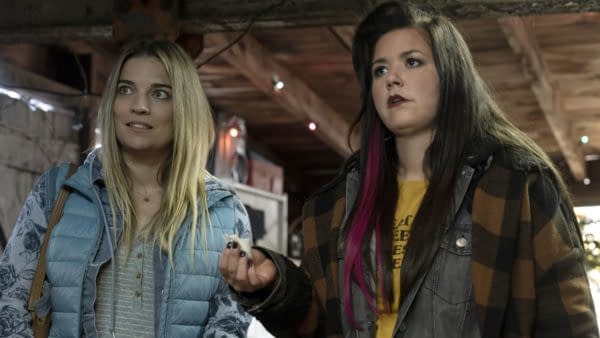 Review by Brittney Bender
9/10
In what's proving to be one of the standout series of 2021, AMC's Kevin Can F**k Himself continued its impressive ways with Episode 4 as Allison and Patty found themselves navigating a last-minute trip, buried secrets, and the reality of just how annoying Kevin can be.
Credits
Network/Streaming Service:
AMC

With the Oscar Issac & Ethan Hawke-starring series set to premiere on March 30, here's a look at the official trailer for Moon Knight.

Here's a look at what's in store in the first week of February as The CW shares episode overviews for Superman & Lois S02E04 & Naomi S01E04.

A new report claims Cody Rhodes, currently TNT Champion, has been working without an AEW contract all year long. Okay, it's January. But still!