What If…? and the first three episodes that we have been able to see have been a rather mixed bag at the end of the day. The first episode is, without a doubt, the weakest and feels the most like someone just "find and replaced" some names. The second and third episodes are better in that they finally feel like they have some sort of consequences for changing things, but really only the second manages to achieve greatness while the third is only pretty good.

The first episode of What If..? is the weakest and, unfortunately for a lot of fans out there, is also the one that features Captain Carter. It should be emphasized that the episode is not bad, which isn't that surprising since about 85% of it is lifted directed from Captain America: The First Avenger, one of the most underrated of the Marvel origin movies [don't @ me]. They do dig into some interesting things, such as exploring the place of women in the war. Peggy came across as pretty empowered in the first movie, but that was because she was mostly working within the constraints of where she could go in the military. Once she becomes a super soldier, she is very much not in her lane anymore, and the episode does take some time to comment on that. However, far too many scenes are just lifted wholesale from the movie with some names changed around.

This episode also features some wonky voice acting, with Sebastian Stan being the weakest of the group by a long shot. Voice acting is not the same thing as acting, and it does take a new type of talent to thrive there. Unfortunately for Stan, this does not appear to be his area, and it also appears that What If…? director Bryan Andrews also wasn't able to give him the guidance he needed to bring out a decent performance. It's the episode that felt the most underdeveloped and like they were trying to tell an entire movie in 30 minutes, while the latter two episodes felt more like short peaks into greater stories that we might see play out later on down the line. RATING:  7/10

After a very shaky start, the second episode of What If…? really turns things around to show just how much would have changed in the Marvel universe if a detail was altered. Unlike the first episode, which played out more or less exactly like Captain America: The First Avengers with some names switched around, Yondu accidentally abducting T'Challa instead of Peter Quill actually has far-reaching consequences for the universe. We won't get into details of what exactly is changed, but this is the sort of What If…? storyline that is actually interesting to explore because it not only shows us a new version of an established character, a T'Challa, without the weight of royalty on his shoulders as he has been described but also how that established person would change a whole different universe. In this case, it's exploring how T'Challa would have changed the universe simply by being himself.

And it's just really good. Perhaps this is lingering pain from the fact that this is Chadwick Boseman's last performance, and we know he was so excited to share this version of T'Challa with the world, but it really felt more comprehensive than Episode One did. We only need a minute or two of backstory to understand where we are and why we're here. Unlike the first episode, there is only one scene that is a "find-and-replace" type of scene, and, from there, it's all pretty unique. It's obvious that we're only seeing a piece of this story instead of trying to stuff an entire movie's worth of information into thirty minutes. There are things that happened before and happen after, but here is the part we're seeing, and it's well done. It is the best episode of the bunch, with a very heartwarming dedication to Boseman at the end. RATING: 9/10

The final episode we got to screen is one that we're not going to get into too much detail about here because Marvel has not talked about it much. Unlike Captain Carter and T'Challa as Starlord, Loki On Earth is one that Marvel has done a fair amount of hiding. However, it's a pretty decent episode all around. There are quite a few scenes that feel more "find and replace," but they are part of an overall story that is pretty interesting and gets kind of dark. This is a precursor for the series to show that it is willing to go places if Marvel Zombies wasn't already indicating that. It's an episode that we'll get into greater detail the week it comes out, but, for now, it's not nearly as good as the second episode but much better than the first. RATING: 8/10

As for What If…? overall, there are a few hiccups; as we said in our comments about the first episode, not all of the voice acting is great. Stan might be the most obvious, but there is a reason that voice actors are a specific skill. We'll have to see how people continue to do as the episodes go on. The animation style is going to be one of those styles that people like or don't. Sometimes, it seems like the animators started animating and never really stopped. A few scenes are genuinely beautiful to look at, but it seemed like they were going for a "straight from the comics" type of look but didn't quite nail it. Sometimes things just look a little weird and not in a good way.

Jeffrey Wright is here to bookend all of the episodes, but there hasn't been anything else for him to do so far. He's the Watcher, he's supposed just to watch things as the celestial anthropologist, basically, but you have to wonder if there is going to be more for him to do. He seems like a big name to get to read a handful of lines for each episode. So far, they have dodged the question as to whether or not there will be anything tying these episodes together, but it wouldn't be surprising if there were. The presence of the Watcher feels more like an Easter Egg or an easy way to drop exposition than anything else, which feels a bit like a waste.

If there was anything that was perfect for TV, it is anthology shorts like this, so What If…? is probably the first Marvel show, aside from WandaVision for the most part, that feels like it is tailor-made for television. As such, the weekly release is going to work really well for this, and most of the episodes breeze by in an easy thirty minutes. There isn't a lot to grab onto; it's just a one-shot that might set up some interesting things down the line. We know that the Marvel universe is exploring the multiverse and alternate timelines, so it's going to be interesting to see if any of the What If…? stories are explored in movies later down the line. Episodes One and three feel a lot like setup, but Episode Two feels like a complete story on its own. If there is truly an episode that will be able to stand on its own, it's two, while the other two are either mediocre or setting something interesting up down the line.

What If…? is only three episodes in and already extremely inconsistent, and that is likely something is going to follow the entire series. That is the thing with these types of one-shot anthologies; some of them work, and some of them don't. We have seen what happens when they are done in an almost lazy way with the first episode, we've seen it done really well with the second, and we've seen one end up just pretty good with the third. We'll have to see how the rest of the series will end up, but overall, it's probably going to be fine with a couple of standouts along the way. 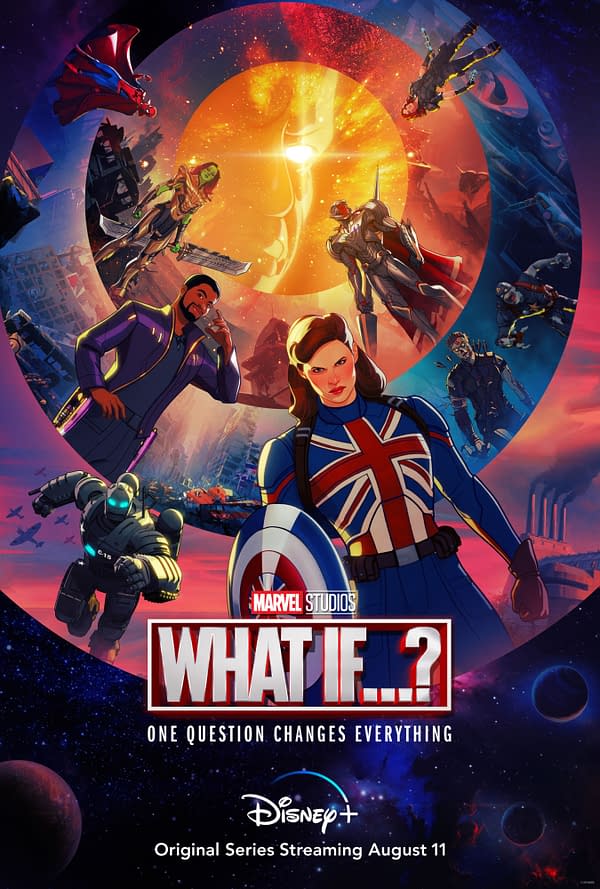 Review by Kaitlyn Booth
8/10
What If...? and the first three episodes that we have been able to see have been a rather mixed bag at the end of the day. The first episode is, without a doubt, the weakest and feels the most like someone just "find-and-replaced" some names. The second and third episodes are better in that they finally feel like they have some sort of consequences for changing things, but really only the second manages to achieve greatness while the third is only pretty good.